There's many different ways to look at this UFO sighting. The UFO begins to move slowly but accelerates rapidly. It's a truly real UFO sighting.

Here's proof of off-world and exotic technology beyond anything else you might be aware of or even hope to see in your lifetime.

Our tiny man made and insignificant aircraft (including top secret technology department), if one exists doesn't even compare when putting it up against this. 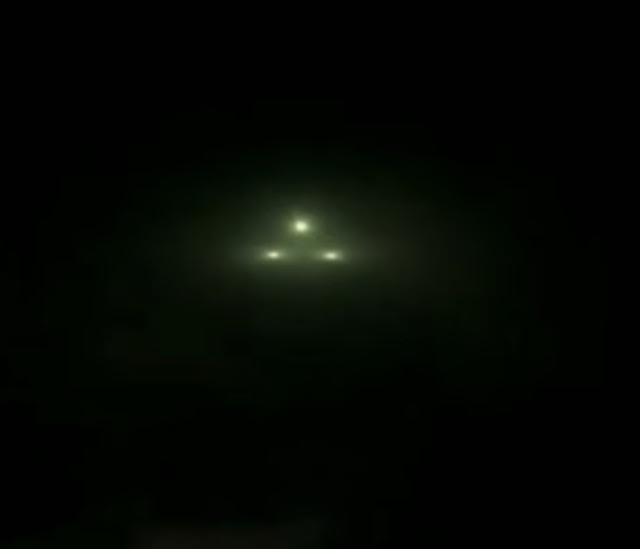 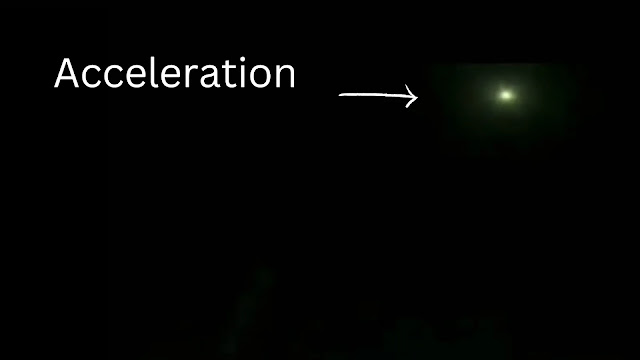 The bizarre UFO Orb accelerated off towards 2 others and formed a triangle shape symbol UFO in the clouds of an unknown USA city.

The sudden movement's and manouveres that this single UFO Orb takes is unlike anything else we've seen from our own aircraft bar none! That probably means that this is the exotic technology which the UAP disclosure refers to? I even believe that our own top secret aircraft doesn't match what this can do because for starters our top secret aircraft would not be out in the open seemingly just bounding around the world or the atmosphere come to think of it.

We know that because it's been put up against our own aircraft and that's why the US Government can safely say that these are not ours because we really don't have anything remotely like what these craft's can achieve.

Which means that they (US Government) want's them... Badly!

What's it doing, what's it been doing, where's it come from and where did it go? Everything is answerable because that's reality. I believe totally that there is a real way of getting that information.

If it was during the day then satellites could track this. Literally rewind the recorded videos and just following it to see where it came from within the world or off the world? Anything coming into this planet is monitored.

There's no place on this planet that isn't covered by cameras!

Is Starlink really only WiFi satellites or do these miniature satellite blocks have a hidden camera on them? What a total waste of ability if not. It really wouldn't cost a lot of money just to add a camera, a small type of camera which would be (by default) already connected to a constant WiFi hence it'd be real time camera footage recorded in space and stored on cloud servers.

Privacy is one thing but if the cameras are only pointing in space then I'm pretty sure that it's not breaking any privacy laws. And we'd all be a lot safer, so it's a no brainer. We should have them especially now that we know that UAPs are real.

If that's not the case and there isn't any small type of camera's on the Starlink WiFi satellites network then that's a missed opportunity which could have easily worked. Easily worked.

But, I'm not an engineer and so it's easy to say "this is easy" or get it done. That is the easy part etc. Maybe it's so difficult to implement that even Elon Musk can't put a small camera on a satellite.

You know, the guy who put a car in space!

But I do understand that there's a big difference between an easy mission like the Tesla car in space and an extremely difficult, near in impossible mission to solder a camera in place! There's literally no comparison between the two. Putting the Tesla car into the deep, vast emptiness of the lonely Inky blackness of the universe on top of a rocket is easy, it's run of the mill stuff, right.

But soldering a camera onto a motherboard, now that's a step into the unknown, it's probably not even possible to carry out. Silly talk.

Yes, that is all sarcasm because I would like to impress upon you just how easy it is to cover the world with for want of a better understanding "CCTV" to cover every square mile and just leave it to record everything and let it monitor itself. Only beeping when an uninvited guest appears which we blooming well know for a fact that they do turn up because NASA turns off the cameras when they turn up.

It's the very definition of getting behind a settee and hiding. That's why the US Government has had to step in and release the UAP videos itself because NASA failed in it's duty and we have video evidence from themselves to prove it. We've been sharing videos of NASA turning off the live feed when a UFO comes into view, so was you expecting anything else than total disclosure of UAPs when it became so apparent that UFOs are here.

NASA is not capable and that's based solely on the events that actually have occurred.

Tracking a UFO would definitely activate this invaluable tool for the defense of this planet. I say defense because if the US Government doesn't know what they are, we must never take anything off the table especially when it's an "off world" craft that defies all known physics in it's manouvering and is clearly an actual object, craft, a very real tangible aircraft.

Call these UAPs or triangle shaped UFOs like this one in this video or whatever you want, it doesn't matter because the fact stands that yes indeed we have uninvited guests and that's the correct way to describe them. If you don't know what they are, they cannot be invited!

So, they are 100 percent uninvited "guests" and I say guest's loosely based on good practice.

The people in this video see the UFO at first which looks like it's just a growing Orb UFO. But then it quickly moves off shocking the onlookers which gains rapid movement the likes of which we cannot replicate.

Here's the video which shows a stunning single UFO Orb which teaming up with 2 more UFOs to create a triangle shape symbol with the onlookers at least 3 of them been stunned by it and call it a UFO:

Here's the most extraordinary video (above) which I'm sure that you will agree looks like a UFO Orb to begin with then it accelerates towards another 2 UFOs waiting and a triangle symbol appears.

This happened over an unknown city in the USA.

If you have any thoughts or opinions on this UFO sighting let us know in the comments section below, thanks. Also please share this post, cheers.