Astronomer Films A Flying Saucer Over The US 1st Oct 2022

Here's possibly the best UFO sighting ever caught by an amateur astronomer while stargazing. The Flying Saucer looks like nothing else I've ever seen.

Here's possibly the best UFO that any amateur astronomer using a telescope could have ever wished to have filmed.

Because of the nature of this UFO sighting, it's really hard to understand what he was thinking about "filming the camera that's filming the Flying Saucer" because he could have just filmed the UFO from the Nikon P1000 camera, right? 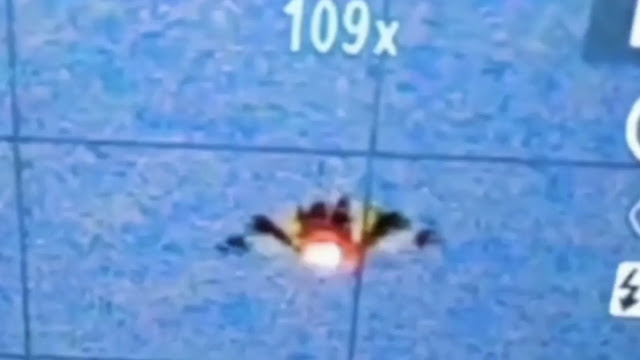 But hey, there must have been a good "rational thinking reason" for this shenanigan... But, let's be honest it's definitely a good job that it was filmed no matter what? It's probably just a case of "while filming the stars I caught a UFO so I recorded myself, filming the stars" or some sort of conveluted roundabout thing like that?

Because it's something that I personally would not have done, it's kinda hard to understand it.

Either way I'm just glad that the witness had the foresight to film this event no matter what. I did wonder though that if what we're seeing has actually been staged?

I wondered to myself is the Nikon camera P1000 (it state's the make of the camera in the video) actually playing a video on it's viewfinder screen but from an earlier event which could have been staged?

And then maybe they took the camera outside and pretending to be filming the "Flying Saucer" which brings me to why I've decided to show and tell this because in the first place?

I know that there's people out there who use this kind of camera set up and will 100 percent definitely know what these settings are on the cameras viewfinder screen? They'll be able to tell all of us if it's filming in real time or if it's playing an already recorded video from an earlier event because all the relevant information settings are on the screen?

We will soon know?

Like I said, someone's out there reading this post and would definitely - without hesitation would be able to tell us all in the comments section below just what these settings are saying?

Here's the video description from the video which was uploaded to Ufoglobal_italia Instagram.

An amateur astronomer was taking pictures of the stars, when he has a certain point this object in the shape of a flying saucer appears in the lens. 01/10/2022 United States of America.

Thanks for checking out this post guy's I'd appreciate it if you could leave a comment on this, thank you.