UFO Next To The ISS Looks Like Tic Tac UAP

NASA's at it again, totally ignoring the blatant UFOs coming to the ISS. If NASA's looking for Aliens they're not good at it like at all not one bit.

Is this a Trans Medium Object going from the sea, Air and space as it's been described by the DoD.

The ISS live feed cameras are rolling again when an Eagle eyed viewer called Scott M rewinds his video that he's looking and spots a sure fire UFO. 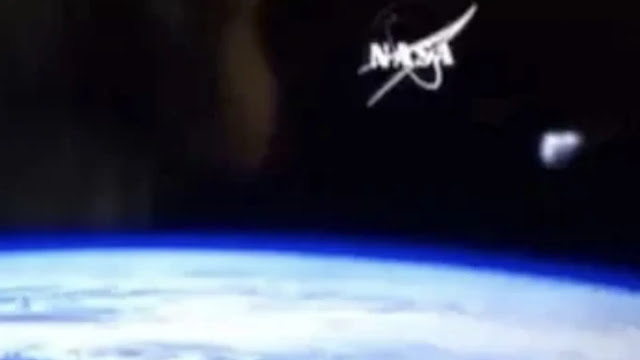 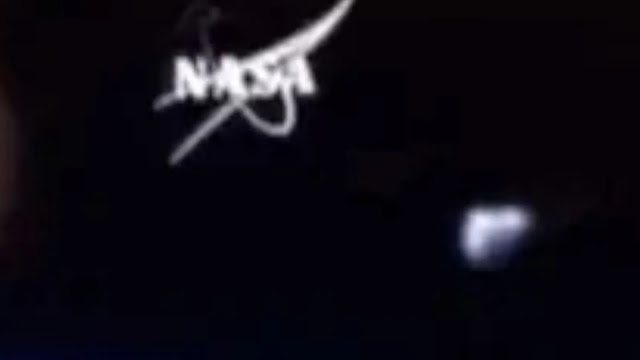 The ISS live feed cameras have picked up what MrMBB33 has described as a triangle shape UFO.
But myself Personally, I think that this UFO looks more like the Tic Tac shaped UAP which has been described by the DoD Department of Defense as a Trans Medium Objects going from the sea, air and space. Oh yeah, in an instant!

Not everyone can spot these because not everyone can spend time watching the ISS live feed. But for this of us who do have snippets of spare time, seriously there's no better way to spend it than "more than likely" seeing a UFO.

"What's it gonna take for NASA to investigate the obvious Alien UFOs coming to the ISS. These are obviously not drones at all because it's space."

Oh you best believe that it's as easy as that, why do you think people will watch the NASA International Space Station live feed? Because the likelihood of a UFO turning up is on a scale of one to ten, it's a definite 6.

That's insane don't you think, but it's also got a very uneasy and almost strange question attached to this:

Why isn't NASA doing something about this if they're that frequently passing by the ISS? For all we know they could be coming away from the ISS! For all we know it could be the ISS that's a staging post for these UFOs and there's nobody really there?

The ISS is definitely there, because amateur astronomers can and have filmed the ISS using their telescopes to capture video as the shuttles pass by there and go there. In fact I recently posted an image showing us an image of just that which I'll add below now.

But, there is a rumour that a lot of what supposedly goes on at the ISS is filmed in a studio? Also another rumour has it that now the Chinese are doing the same thing with their Tiangong Space Station?

There's the harnesses, the disappearance before going round corners and live feeds going to model's of the ISS with green screens around it. So, we just don't know what the truth is regarding the ISS and the multiple UFOs filmed around it. There's many, many examples of these UFOs coming and going, passing by or shooting past it.

The video was sent to MrMBB33 YouTube channel and the person who filmed the TV screen showing the UFO is called Scott M. MrMBB33 does a fantastic video showing the UFO as it is with putting the video through filters and only bringing out what is already there.

You should check this out and see what you think about it? There's a couple of UFO sightings in the YouTube video itself and there's no other information in the YouTube video description box. But that's cool because we've got all the information contained within the video and the main theme of that is NASA lies, there's UFOs in space and they're regularly been caught on live camera feeds.

If you've got any thoughts or opinions on this UFO sighting at the ISS caught on the NASA live feed cameras, then please share it with us in the comments section below, cheers. Also, please share this post, thanks.