This is a really good UFO sighting, it's either a real UFO or it's a great hoax? It's all about how much your willing to believe in the UFO sighting?

This is a great double UFO sighting during an aerial acrobatic display team was on display at a air show in the US.

Both of these UFOs are behind the jet's that are on display and to be honest what'd make it even more bizarre is if they was trying to actually blend into the air display. 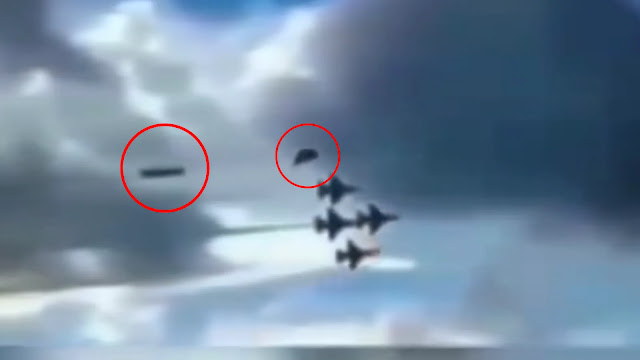 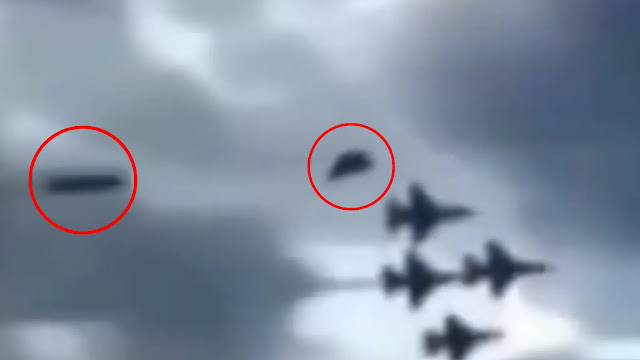 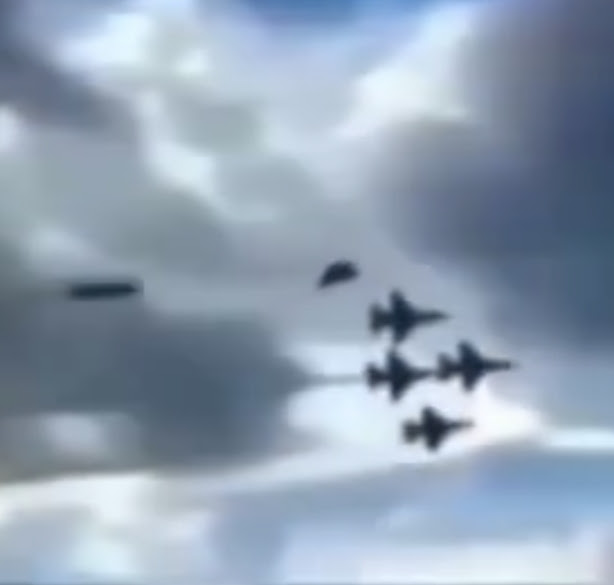 Can you imagine that, "don't mind us, scooch over we're coming through" now check this out for Alien manouveres!
In fact that'd be one of the most bizarre thing's ever, but I'd pay to see it!

I'd like to see that definitely. It reminds me of the recent-ish UFO sighting that was observed at the Queen's Jubilee celebrations when the UFO Orb occurred during the air display.

Can you imagine if the 2 UFOs at the US air show wasn't noticed? That would be unbelievable footage. Was they seen by the air controllers or the steward's at the air show? We might never know now because of the passage of time which has an effect on the memory.

Today I was writing about what I consider the best UFO sighting that's ever happened at the ISS (in my view). But I've totally gone and misplaced the UFO video for it. I misplaced but basically I thought I'd saved it like I normally do but I've bloody checked everywhere and I can't find it nowhere! I'm angry at myself as I cannot find it again for love nor money! When I do find it, I'll definitely continue the post and share it.

This video was uploaded to Instagram by disclosure.now channel. It basically only states this; UFO flying jet's USA. This was filmed many years ago but it's just as valid now as it was the second it was filmed. Ufology has a unique place because UFOs don't come in or go out of fashion. Once a UFO sighting happens it's relevant no matter what.

Here's a close up of the UFO which is always at the top of the screen in the video: 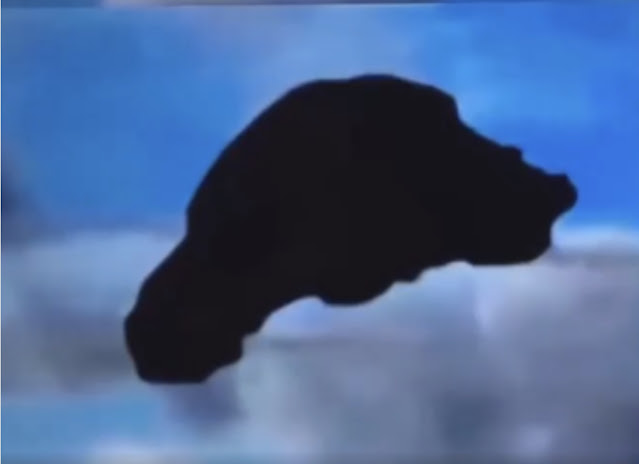 Above: UFO sighting at air display show in the USA circa 2014.

This video description I'll admit that it's not the most informative description. But I also put the screenshots through Google Lens but guess what, I got nothing back from the Google Lens online checking tool. Can you believe it? I swear I put the screenshots through the online checking tool and nothing came back at all? It literally didn't bring back anything that resembled this UFO sighting whatsoever and I know that it's elsewhere online?