An observatory in Oman caught a very strange anomaly through their telescope in early 2017. It's a UFO releasing something like gasses or smoke.

This is a strange looking craft which was caught on camera by an observatory telescope in Oman.

I'll link to the original post (bottom) where I discovered this in the hope that someone might be able to discover something else entirely that hasn't come to light as yet? 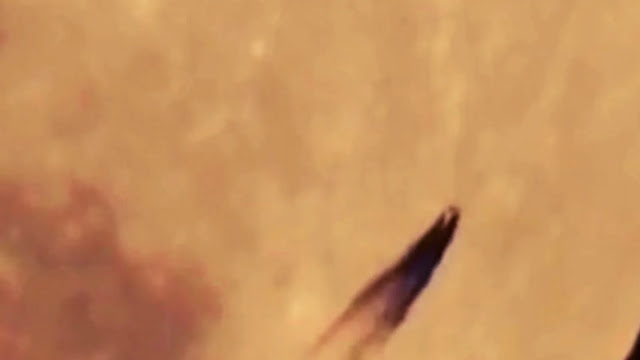 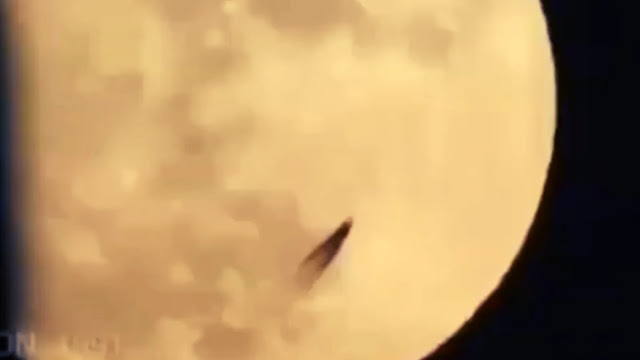 An observatory in Oman caught a very strange anomaly through their telescope.

I really want to say that I've seen either this same anomaly (phenomena) before because the trailing behind of the smoke or gasses ring's a bell in my memory? I'm sure I've seen it before?

SecureTeam10 owner Tyler Glockner said: "If you'll notice the way its sort of moving sideways across the front of this beautiful shot of the moon here, which also makes it difficult for me to say that it's an airliner or a plane of some sort."

It's traveling sideways which airplanes don't do as you know, they certainly don't fly in the manner in which this one is. It doesn't seem to be battling heavy wind's as if it was, whatever it's releasing it trailing behind itself would dissipate straight away?

So it's not the wind making it fly sideways (or what I assume it should be doing). Who knows it could be working perfectly correct and flying as intended, whatever it is? It ain't normal I can tell you that right now!

Some people have expressed that it could be a Meteorite...

It's night time and there's a large full Moon behind the UFO. I've zoomed into the screen and although it get's blurry straight away I can just make out something at the tip of the anomaly.

So, there's definitely something there but what it is, who knows? But it's something tangible that's making this:

There's probably more to be added to that list but off the top of my noggin (head), the long list of culprits aren't good because they're all bad for humans, bad for the air and if you look at this and think it's a good thing then I believe that is the wrong assessment!

None of them are good, they can't be and judging by the look's of this it's not good for the atmosphere! And as the list get's longer so to does the improbable list because it's only one thing that it can be.

It's a good way to at least narrow it down to what it could be or put it out there and get people talking about it and just have a few culprit's left instead it been literally anything?

You watch, it'll be something totally innocent and normal and this post will look way over the top, lol. I don't care because it's in our interest to question that which we don't know. It's in our atmosphere, so it's our concern and if we can't ask questions or put thought's to paper (so-to-speak) then I don't wanna know!

Is it an anomaly, is it part of the new phenomena disclosure even though this is from the beginning of 2017? It certainly passes the quick test ie it's an unknown flying object as I've established that.

Here's the video that was uploaded to Instagram by @ufosightingsfootage: