UFOs Blatantly Fly In Front Of The ISS And Turns Upwards

Here's an absolute stunning UFO sighting at the International Space Station (ISS). It comes to a stop, flies up and accelerates away really fast.

A couple of fantastic UFO fly in the middle of the ISS itself during a live feed in full view, then they both fly upward after accelerating off at high speed.

This is the type of UFO sighting I've been waiting for since I can remember. 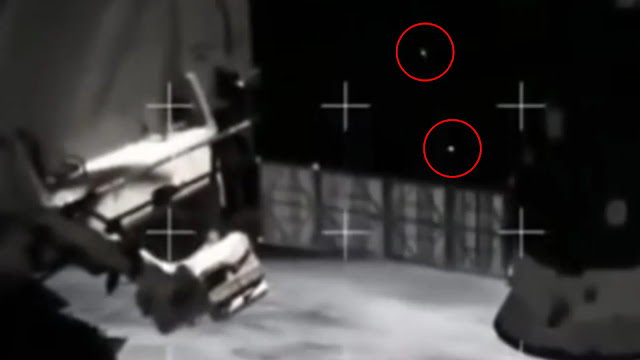 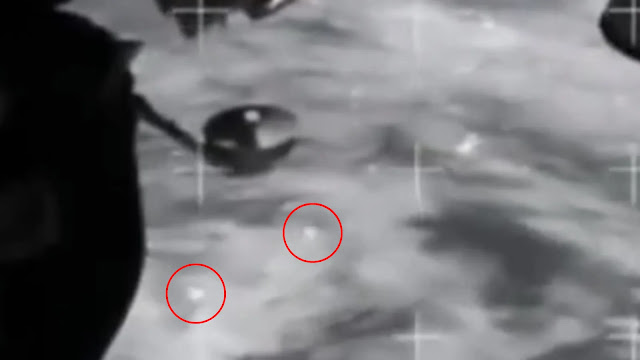 The moment when 2 UFOs are caught buzzing the ISS and they fly upwards and away from the space station.

Because from the very start of the video right till the end of the video, we see two UFOs flying into the screen and they're both totally in sync next to each other. They seem to be flying straight through the ISS at one point in a straight line but then they just start ascending upwards resulting in both crafts manouvering around the ISS. That must have taken a decision because of where it is. If it was a second before and they both turned upwards, they'd have hit the ISS itself!

I think by now most people if not everyone is aware that nothing can stop in space or turn without either an external force or an internal force assisting it or fully powering it? No air ie no atmosphere means no friction in space which also means that the object could not turn by itself, in fact it's a scientific fact that the object's could not turn by themselves but yet that's exactly what we see in the video!

Let's just get right to the basic fundamentals and the facts of the matter in this instance "for a second." It definitely takes some sort of energy to power an object through space because it's the turning which requires the energy and the acceleration.

Without anything such as a propulsion system or a thruster or multiple thrusters come to think of it - they shouldn't be moving. It takes a manipulation of gravity or external forces to move.

So something is powering these object's right there in the video and that's just as simple as it gets! We know all of this because there's no atmosphere in space, there's no friction and no gravity. Unless...

Unless a planet is having an effect on the craft which in this case it is not!

It's important to pull back the layering of complicated phrases and meanings from the Government and I wish they'd tell us literally what's going on. For far to long there's been no clear definitive answer and especially in word's that are not clear.

When "they" are wording stuff deliberately to confuse us or when they over elaborate the meanings and purposefully hide behind new wordings and new phrases, new acronyms and new terminologies (because they are doing) it's a huge red flag that they're hiding something.

I'm talking about the:

UAPs or the new transmedium object's and devices terminology. There's no need for it, they could if they wanted to just say it how it is but they choose to deliberately make confusing anouncements.

The US Government has mentioned it as transmedium object's and devices which is basically UFOs flying from the sea, to air and space. Why can't they just say that? It's the government departments that are responsible for their speeches and writing the politician's anouncements.

Here's the extraordinary NASA video, unfortunately there's no date and time with this but it's a NASA video: