This is the one, the UFO sighting that's slowed down going past the ISS and stops, it goes upwards and then it turns, speeds off which means ET to me.

Did you know that during the NASA Shuttle program engineer's tried their hardest to capture the BKS (Black Knight Satellite).

But according to reports the BKS kept on moving out of the way and rearranging it's own orbit around the Earth? 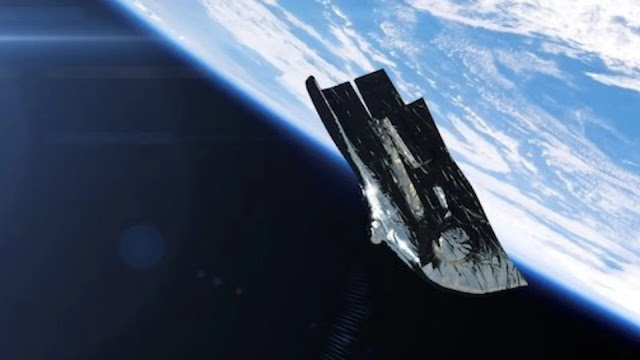 The Black Knight Satellite UFO has been a staple of Ufology for decades with books and many documentaries made about it.
And, not a lot of people know this but NASA does have an official Black Knight Satellite UFO photo with a designated code; STS 088-724-66. I'm going to add the official NASA photo right here. It's called "Features:
PAN-SNGLNT., SPACE DEBRIS" the the official NASA designation as to what it's features are. Basically it's referred to as debris! 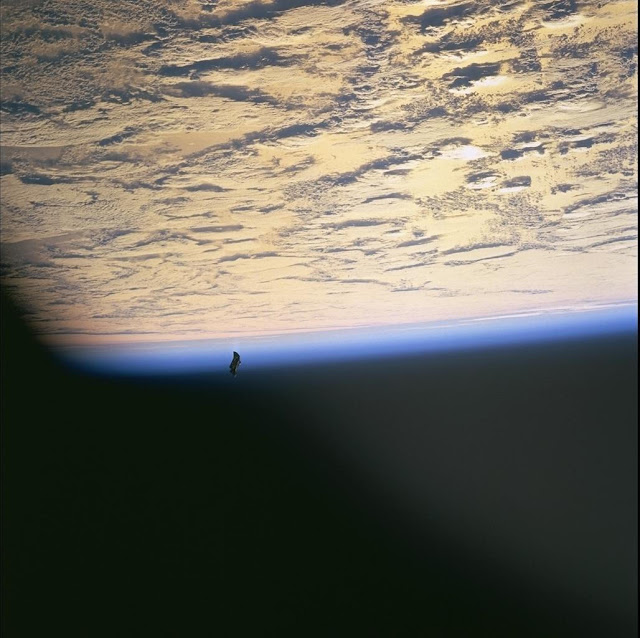 It's a fantastic UFO and did you know it's been seen and recorded in text many times by different cultures and in historic text's? I'll be linking and quoting different types of sources.

I'll explain more about that because it's new information to me.

Astronaut Gordon Cooper was adamant that, in 1963, he saw it from his own spacecraft. The documented history of the existence of the Black Knight continues to mystify scientists.

Here's what got me thinking and then researching more about this BKS as I was on Pinterest and I saw a comment by someone on a video that shows the BKS really close up with all the details that we could ever wish to see:

It's been seen and recorded by ancient text. Tell me, did we have satellites orbiting during the Mayan and Egyptian times? Also, during the shuttle program, we tried to capture it, but it kept moving away. NASA just follows it. It changes orbit ever so often.

And so as you can imagine I went on the hunt for this new information regarding and arguably the best UFO in history, here's some of the info...

The United States of America and the Soviet Union have shown particular interest in this “unidentified object from space”. Since its discovery, this satellite has interested countries such as Sweden and enthusiasts from all over the world.

One of them is a Ham radio operator who decoded a series of signals received from a UFO satellite and interpreted it as a star chart centred on the Epsilon Bootes Star system and that the Black Knight is from this system now 13,000 years. (Epsilon Bootes is a double star in the northern constellation Boots. It has the traditional name Izar and the star system can be seen with the naked eye at night, but using a small telescope is a challenge.

Speculation about this amazing artificial satellite it seems has been fascinating people enough for them to get involved which in turn made the Governments of a few countries take a deep interest in this UFO. But recently finding out that the US Government and hence NASA had taken an interest one step further and them trying to catch is, that's news to me. It was apparently during the Shuttle mission.

Apparently the first modern day person (in terms of thousands of years) was a great man called Nikola Tesla. He apparently intercepted radio signals from the ancient satellite in 1899 whilst he was working and researching plus inventing high-voltage radio frequency sets in Colorado Springs.

There's actually a lot of information on the Black Knight Satellite UFO than I recently thought that there was? It's one discovery to the next and so on which is a great thing because it brings to light all the various different theories, answers and myths surrounding this UFO.

You'd think that NASA could have caught this a while ago considering the technological leaps in cargo and manipulation of capsules, vessels, crafts etc in and around the International Space Station...

Who knows right, they might have it captured already and just replaced it with a copy (so-to-speak) and put it on an eventual collision course with the Earth's atmosphere where upon it could burn up? If they did it publicly then it would cement it in the public's collective mind that it's gone!

All the while it's in Area 51 being reverse engineered and the technology taken away. It sounds like they tried that but it kept moving out of the way?

Gene Roddenberry, the creator of the Star Trek television series and movies, is almost a household name. In 1973 to 1974 he was reportedly associated with a secret society called “The Council of Nine.” The Nine, in brief, were a group of prominent people who believed that the channeled messages received by their leaders were actually messages sent by extraterrestrials. Roddenberry allegedly based his Star Trek episodes on what he learned from the Nine, including the giveaway title he chose for a post Star Trek series called, “Deep Space Nine.” Many believed the source of the channeled messages was the Black Knight.

There's a fantastic video on YouTube made by film maker Damon T Berry which I think you'll find it very interesting. The title of the YouTube video is called The Knowledge Of The Forever Time: #6 The Black Knight Satellite.

The Black Knight Satellite is said to be more than 13,000 years old and yet this new knowledge reveals it to be much older and much deadlier than we could have ever imagined. The appearance of this satellite is linked to the destruction of planet earth and it has been for more than 50,000 years. Every ancient nation who saw this satellite were completely wiped out.

He's (Damon T. Berry) a professional filmaker and has put a very informative video together regarding The Black Knight Satellite UFO.

Here's the video which was uploaded to YouTube by himself: