There's no information with this UFO sighting over Mexico but that doesn't matter. It exists and we should be grateful for it even existing.

There's a UFO sighting doing the rounds online which see's a stunning craft just hovering over a Mexican city.

Sometimes, it's blatantly obvious that a UFO is a fake or a blatant hoax. 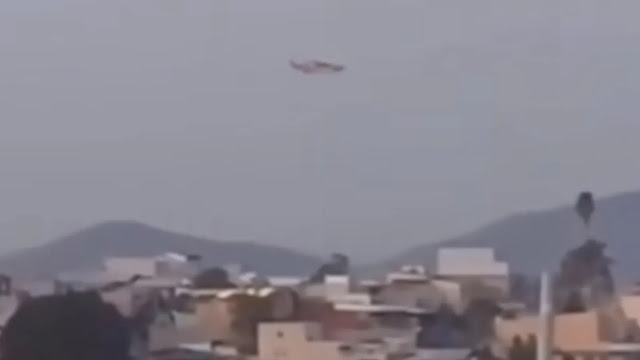 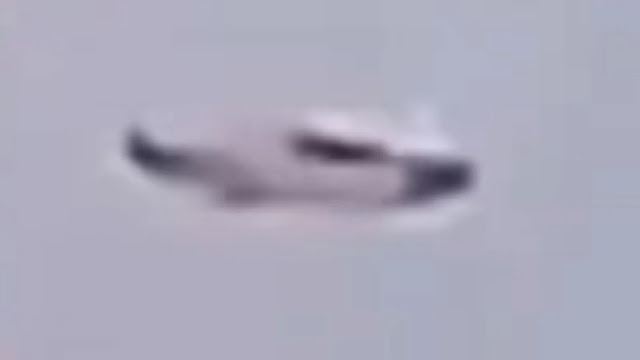 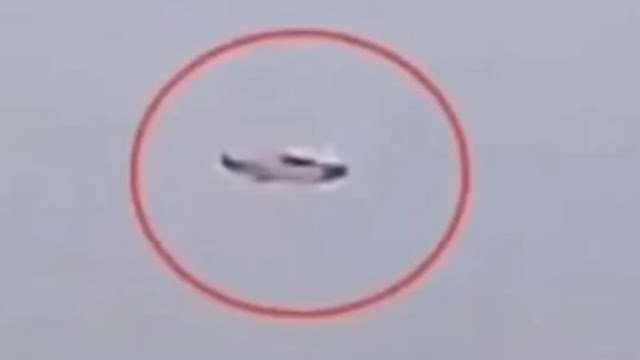 Here's a triple screenshot taken from the UFO video.

But as the cameraman tries to steady his camera (I assume it's a cellphone) the UFO or craft is literally blurred out as it would be if the camera is unsteady.

What I'm saying is that it's a craft which is definitely there, it's a real UFO video with no copying or pasting of any elements into the video. I'm only 90% certain of that because it's like anything else in the world where we just can't be 100% certain on anything but the fact that taxes are going to go up before they go down!

It looks real to me, it looks like it's not a deliberate hoax and it seems like a genuine UFO sighting occured and because of this, that's why I'm writing about it.

It hovers over the city center of this Mexican suburban area and it does so for the entirety of the video. As the cameraman turns around we can see that the UFO acts exactly as it should do, it distorts because the camera is being filmed but terribly (I say's what I see) lol.

There's no obscuring of the UFO, it's not flickering because of the loss of pixels and there's no obvious boxing or shading around the UFO and suggests that there's no evidence of copying and pasting into the video of a "UFO" and this all point's to this UFO sighting being a real UFO event.

In other words, I don't see any evidence of skulduggery or underhanded tactics in this video and I don't see any graphics that have been manipulated. I think that this UFO video itself is real. And believe me because of it's size and it's shape, this craft comes in as a truly unique UFO sighting. I adore the UFO sighting's that cannot be debunked or cannot be identified or guaranteed one way or another.

No matter what the UFO sighting that has potential.

Normally when it's to good to be true, it's generally untrue. When it's sadly, a silly fake video it's adding ridicule to Ufology. But when the UFO sighting (like this one) looks like it's there, like it's a tangible craft in the sky without any signs of it being a hoax, that's when it goes into the "quite possibly a real UFO sighting" pile of stuff.

These are the ones that I can really get behind and the future disclosure of Extraterrestrial life will definitely be interested in these particular UFO sightings. It's the first ones that investigators or historians (in the traditional sense) will have to get familiar with.

And if you don't think it's coming I'll gladly (with a great big smile) direct you to the UAP disclosure. We now know that there's exotic technology not of the Earth operating here! UAPs are operating on this world and these craft's didn't originate here or in another country other than the United States.

That means someone or something else entirely other than Human beings "must have" created these because they're not a natural formation or a natural phenomena.

Here's the bizarre UFO video which was uploaded to ufos_nr.1 Instagram: