A really good UFO sighting happened over Los Angeles California in the US shows an LAPD helicopter circling a UFO. It circled it for 12 minutes.

This is an exceptional UFO encounter that's been filmed by the eye witness as an  LAPD helicopter is circling a UFO above them.

I say that it's an exceptional UFO encounter because that's exactly what I am seeing here. We've got a Police helicopter in it's official capacity while out on patrol, encountering what could potentially turn out to be an Extraterrestrial craft? 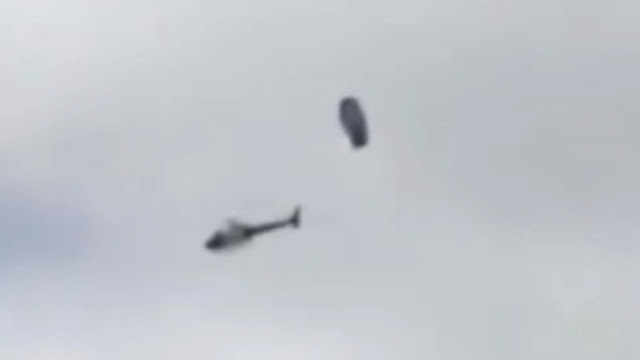 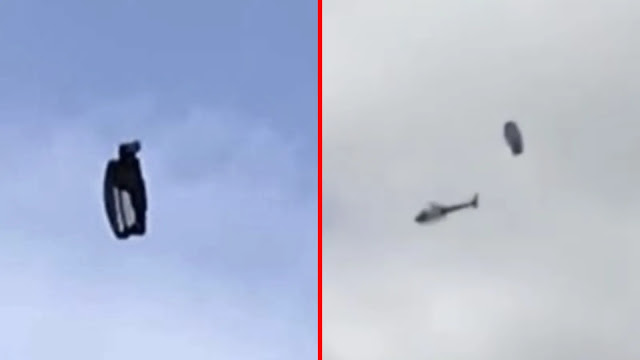 The Los Angeles Police helicopter circled this UFO for 12 minutes, if it was a fake, they'd have known straight away.

It's circling the UFO for around 12 minutes according to the narrator in the video. We can see the helicopter bank to the left as it circled this vertically aligned, rectangular shaped UFO.

It is constantly flying around the dark colour UFO trying to get a good look at the craft itself.

Since this happened I'm sure that people will have said it's been debunked or it's not a UFO etc. But, by whom?

Just remember that this is a real UFO sighting until we have a video of the person who created this and we just do not have anything remotely like that! A lot of people do not like Thirdphaseofmoon, there's a lot of people who are against them but that shouldn't impact on what they cover.

The video was shot by a local resident after he heard a strange loud noise outside his house. The eyewitness revealed that he shot the mysterious sky sighting on his smartphone after he saw an object being trailed by the Los Angeles Police Department (LAPD).

I've seen helicopters flying near UFOs before in fact I've written about this exact same UFO sighting before but this is the only one that really goes close to get a good old look at it.

If it was a man made craft they would definitely have determined that pretty much straight away don't you think?

If this was a man made UFO of the black bin bag variety I think these helicopter pilots whom are trained observers don't forget, I'm pretty sure that they would not waste fuel circling an obvious man made craft!

The Police would have made a quick determination that it was a man made UFO if that's indeed what it was and they'd be flying off probably laughing. They literally cannot afford to waste their air-time or flight-time circling a UFO prank so I'm very confident that what we are seeing is a genuine unknown source craft.

What else would answer a Police helicopter circling a UFO for 12 minutes?

This took place over Los Angeles CA USA. It was filmed in 2018 and was filmed by a guy called Tom. That's all the information on this.

Here's the extraordinary video which was uploaded to Instagram by UFO Scandinavia:

If you have any questions or thoughts on this please share it with us in the comments section below, cheers. Also please share this post, thanks.