The Largest Formation Of UFOs Avoiding Hitting Each Other

This is seriously the best UFO sighting showing a massive fleet of UFOs in a kind of formation because they're all together flying over the USA.

Okay I saw this UFO video and I knew for sure that this was something that totally eclipse's all the other large scale UFO formations I've ever seen.

For starters there's a real sense of these actually being real and I got that impression the first second I looked at this video. 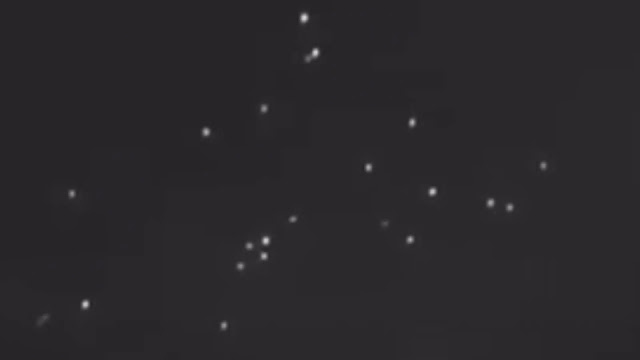 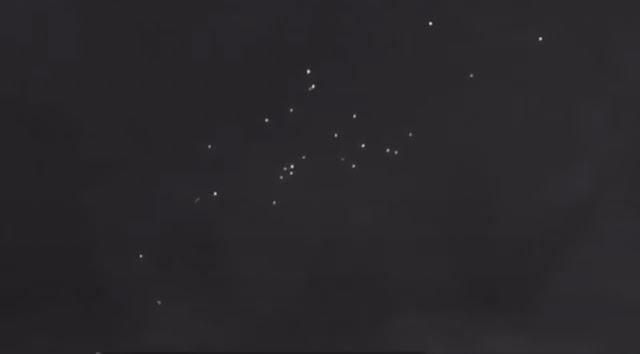 The video of these are absolutely stunning and shows them slowing down but also speeding up as well.

It's a great start, then I noticed that these are even turning slowly and they're also slowing down and also speeding up!

That's absolutely incredible because if these was balloons then we more than likely wouldn't be able to see them unless a torch was shining a light on them. The other thing to notice is that these UFO"Orbs" should not be glowing at all!

And it's not drones and I'll tell you why? Because nobody at all realistically has that many drones up in the sky all at once! I am getting a really good vibe from these UFOs.

A vibe that tells me we're looking at possible trans-medium object's that go from the sea to the sky and then into space hence trans-medium was the name given by the US Government. Also they gave them the designated acronym UAPs (Unidentified Aerial Phenomena) which personally I will always call UFOs by their real name and that's UFOs.

If they can't handle the UFO acronym then they shouldn't have mocked it all these years and we wouldn't be having this conversation about it. Let's just focus on the ones that we see slowing down and speeding up. Because these ones prove that there's something going on with these UFO Orbs.

I got the sense of a few of these slowing down by watching the ones next to each other and the gap's between each other. As silly as that sounds I'll explain. By watching the gap's between the UFOs we can see which ones are speeding up and which ones are slowing down. The gap's are getting larger and shorter between the UFOs. So, by watching a particular one, we see the other one accelerate and slow down on and so on. Some are completely taking over other's hence these are the ones speeding up.

Damn this is a fantastic UFO sighting!

But there's no information with this UFO sighting which I believe it's been filmed over the USA? I only say that because of the eye witnesses accent. He's definitely got an American accent.

Why the hell am I never seeing a UFO? I've got eye's, I look up damn it! I've never actually seen a UFO can you believe it. I've tens of thousands of post's, news articles and God knows how many videos of UFOs I've uploaded to various different social media platforms.

That other people have reported to myself though and reported to the various different websites that's related to UFOs of which I'm the webmaster of. But I've never actually seen a UFO myself. And this guy's just walked out of his home and bam he's seeing to many UFOs to even count lol.

I'm not jealous I'm just asking to see a UFO is all. Maybe for Christmas I'll get one under the tree. It's all good, if it's meant to be, it'll happen, right? If not then I'm very happy with people sending me their UFO sighting's and sometimes nobody else has seen it but myself and that's pretty cool. It's the next best thing and I'm very happy with that.

I saw this video and I was instantly thinking that this is no ordinary UFO, it wasn't quite them word's because nobody thinks like that. It was more of a "wow, that's absolutely brilliant" and it's gotta be, look at it!