This UFO Is The Best I've Seen

Here's possibly the best UFO sighting that I've ever seen in my life. It is assimilating while it's in mid flight. It changes shape in mid flight.

There's a real buzz about this UFO sighting which was filmed over the UK according to popular belief. 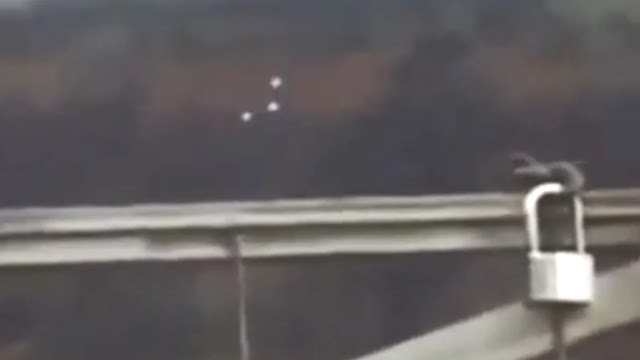 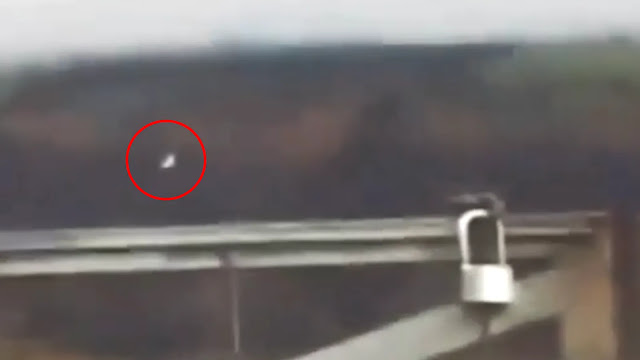 One UFO Orb actually caught on camera assimilating 2 other UFO Orbs live on camera over a field and it looks like it's trying to communicate with humans?

There's initially three UFO Orbs flying in to the screen which they're all travel but together at the exact same speed and they seem to be almost mimicking a pulse or an in and out motion as if it was breathing?

These glowing UFO Orbs actually changes it's entire shape and overall structure but during mid flight. It's for all intents and purposes, actually assimilating 2 other UFO Orbs but while it's in the middle of flying over a farm in the UK. Then it practically reverses that whole process!

It's a truly unique (as far as I know) and a truly amazing UFO sighting which as far as I'm concerned - (these, should I say) UFOs changing from one UFO Orb to three UFO Orbs is just astounding! They really could be trying to communicate with human beings, I mean who knows? There's no information with this UFO video but that's okay because we have the video.

I've never seen anything like this in real life and let's have it right, we're all more than likely never gonna see anything like it. That's why it's so unique and if we analyse it as much as we can, it's still going to come back with "unique" and everything else is pretty much just opinions.

There's a Bazillion questions about this UFO spheres sighting with the first question obviously been "is it real" and the second really obvious question is this "is it man made or Alien made?" Because these are the most obvious and instant questions that come to anyone's mind?

They're white for the most part and they light up a kind of glowing but slowly flasing red. When it's just one UFO Orb that's when it shines the brightest. But when it changes shape after assimilating the other 2 UFO Orbs, they still glow. They then come apart again and one of them (the closest to the camera) that one shines an almost very pale blue colour but mostly it's a red flashing colour. Then it all goes back to a white colour.

It's really hard to describe as you'll see for yourself because it means watching this very short video over at over again. I'm 99 point 9 percent convinced that this is a genuine, a very real and bona-fide unique Unidentified Aerial Phenomena which we've never seen anything else quite like this one "ever?"

And I totally understand that that's a bold statement in of itself but I stand by it because it's just got that look about it which instantly makes me a believer! And if that's how it makes me feel, then I'm guessing that there's other people out there who think that exact same thing?

I think it could be Extraterrestrial in origin because we don't have anything remotely similar to this craft which can assimilate while in mid flight.

Here's the extraordinary video which was uploaded to Instagram by alien_ufo_ovni: