UAPs Are Just Appearing From Nowhere | We Don't Know Anything

Here's my own opinions and thoughts on the UAP disclosure. It's important that what we learn we pass it on because there is no college course on it.

Here's a great Joe Rogan episode showing a guy who's spoken with Air Force personnel and what they actually saw.

It's one thing to get a cleaned up version of events such as the UAP disclosure statements and to some extent hand picked "testimonies" but it's another to have an off the record straight talk.

The Air Force eye witness talk's to Joe Rogan podcast guest who tells us "they just appeared from nowhere" which is mind blowing.

Obviously it's 3rd hand information on the UAP disclosure ie the actual witness then Joe Rogans guest and then the public but it's still the basics which is "they just appeared from nowhere."

The cleaned up version of that, is the "Phenomena part" of the UAP.

See, having the official stance is million miles away from the actual word of mouth. It's this which I'd choose every single time because if I asked you what the phenomena part of UAP is referring to, you wouldn't really know? 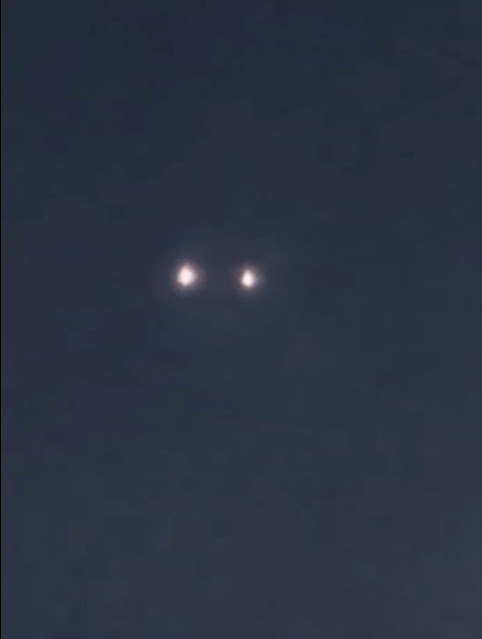 But if I showed you this video, it becomes clear that what we're dealing with is a highly advanced technological wonder.

Where do you think our ever evolving civilization is headed? It's on a direct path to the most sophisticated future that we can't fathom right now. Unless you've got a good handle on cultural evolution then it's gonna be hard for you to see for instance "the Samsung Galaxy S50.

Or as another example what 6G look like? It's coming, it's definitely 100 percent on it's way. It must be because we live in an ever evolving culture of consumerism and a throw away society with no conscience about the damage it's done and still doing to this planet and if we did well we would have stopped it a long, long time ago. Or not even started it for that matter!

Who knows if the UAP Orbs are just a type of drone that works on 10G? Seriously, what will 10G look like? There might not be because someone might create something with 6G that renders it obsolete and everything shifts onto another totally different kind of system.

Try explaining the Internet or 5G to someone from 1963 who has no frame of reference for a smartphone or a cell phone brick come to think of it. Explain a laptop or a mobile web app.

At one point not long ago nobody had heard of plastic, now we cannot function as a society without it. It's in everything, on everything, within everything and it will continue to be so. But at one point not one single person on this planet had heard of it or could even understand it, even if you tried to explain it to someone. Is that what UAPs are? I believe that is so. We just haven't been introduced to the UAPs or the makers of them because it's us, human beings who are behind it.

Today, UAPs pose a significant challenge to our national security, appearing in sensitive U.S. airspace and around military personnel.

But what I want to know "which military personnel has had UAPs appearing around them?" Seriously, read this amendment submitted to the final NDAA.

Obviously the Extraterrestrial connection is "how it comes into our possession" because there's plenty of evidence that suggests we have been surveyed by them for a long time and one crashed and we recovered it.

We have eventually reverse engineered the technology from that recovered craft with technology from it trickling down to research and design companies (hand picked and favoured ones) and then people modify that blah blah blah, the rest is as they say, history.

That's where we're at now, in this evolving cycle of exotic, mind blowing technological revolutions which was once recovered technology. Phil Schneider actually did a fantastic speech and told us exactly what was recovered from the integrated chip to semiconductor's.

After everything we've learnt about UFOs and UAPs over the last 5 to 6 years, in 2022 the US Government has stated "There's no evidence of Alien spacecrafts but can't rule it out."

It's all there and I could continue writing about it till the cows come home with references and link's backing it all up.

But you must look up your own research otherwise if you stay on just one source, what your learning is second hand. At least going out out and looking up this or that, other stuff including people's opinions and comments, thought's etc that interests you, it's called a journey of learning and everything from one single source is single minded and you'll be a mouth piece for that person, you've become an extension of them and the information learned is not by you but someone else (kinda).

It's technically all second hand information (everything you or me will learn) and hardly anyone in this day and age has a unique thought or learns something brand new because everything has been done. Look out very far, cast your net of curiosity very wide and far but don't forget to understand what you bring in. Learning is all well and good but if you just learn it without understanding any of it and spew out someones thought's then it's not actually yours, it's someone else's life in a way that your piggybacking on.

But at least learning bit's about lot's and much about most, it's yours and understanding it with your own thoughts mostly unique. I had to learn how to understand it, so I started researching up on thing's and I'm glad I did. The stuff that you've learned and subsequently the opinions you've formed "are yours" and thus you'll be presented with a unique look at the world.

Pass it on to others. Give your understanding of UAPs and UFOs on to others because there is no classroom that you can learn it in. There is no degree in UAP. So what you learn, please pass it on.

And while it's technically not your learning it's definitely your opinions.

The most I suppose, we can hope for is a good understanding and hope that others can understand us because it's new, it's UAP disclosure (Unidentified Aerial Phenomena) and you can't learn it anywhere else in the world. I hope that people can understand it and make what I've said part of their perspective too.

Here's the fantastic video of Joe Rogan podcast which really got me thinking, I hope it inspires you:

If you'd like to advertise here, send an enquiry to ad[email protected] Thanks.