The UK witnessed one of the most extraordinary UFO sighting's in the shape of a white doughnut or mint polo.

It's extraordinary because it's periodically vanishing from the air entirely and then reappearing. 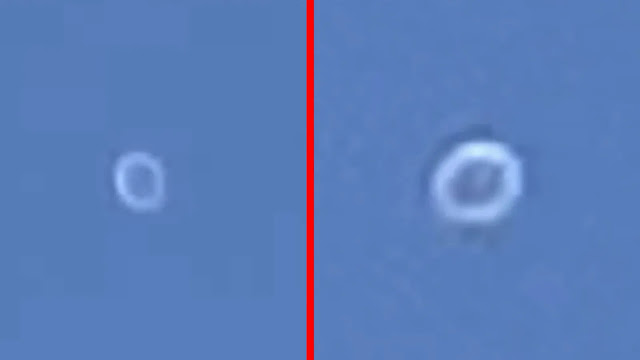 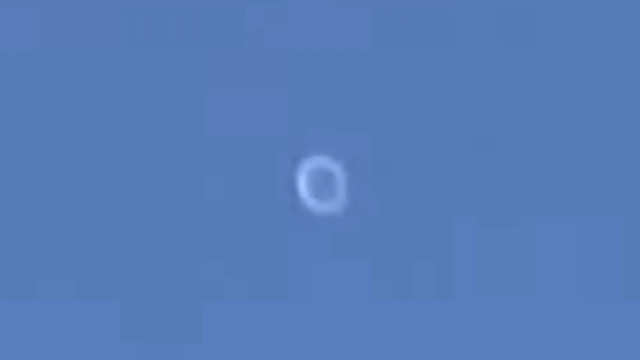 UFOs passing over the UK are doing so but on a are regular basis, except for some are appearing and disappearing from sight which is totally different to actually flying through the air.

What's the phenomena that we're seeing here, how is this white doughnut shape UFO able to appear and disappear before our very eye's? I've never known any other UFO to act or behave like this before? To me it looks like a unique ability.

On Sunday 10th July, I was in the garden with my husband when I looked up over our house and saw 2 objects high up in the sky. They were trailing each other in a straight line and seemed to flash. They were moving quite slowly but always kept the same distance between them. There were no other aircraft in the sky that we could see and it was a clear evening with no clouds. A few days later I read an article that something similar was seen in London around the time we saw these objects but no one has been able to claim what they were. I do have video evidence which I will attach and also close ups of the objects taken from print screens of the videos. If you need any further info, don’t hesitate to contact me! Would be great to hear what you think also.

I'd like for anyone else who's seen anything like this one before to tell us about it in the comments section below. There was an announcement yesterday that scientist's have just discovered a portal to the 5th dimension.

Here's another earlier example of a white doughnut shape UFO which just as the one example proves that there's been ringed UFOs in and around the Earth since at least 2015. If you read this news story I'm linking to you'll find the the ISS had three Seperate UFO sighting's in one month alone the same month and year this one was appeared at the International Space Station. 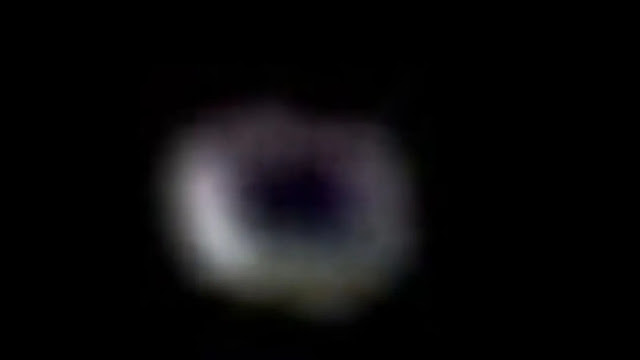 Below is another UFO shaped like a ring but this one's been filmed over the London eye in 2015 during New Year celebration's. It's a truly strange world with lot's of white ringed UFOs. There's more than you can imagine. 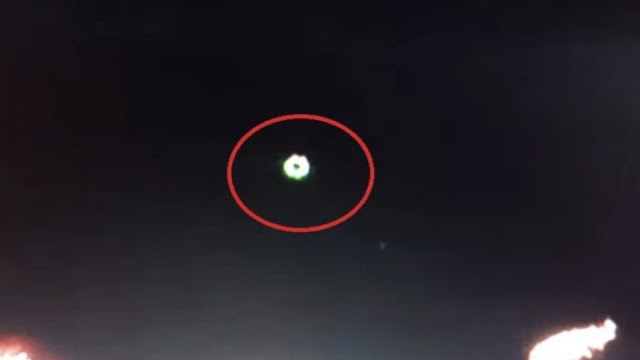 There's more white ring UFO sightings than you think. Many people are reporting this type of UFO sighting.

There's a lot of stuff the whole world isn't aware of or even stuff that hasn't been identified as yet. We will always make new discoveries and hence we shouldn't rule out anything. There's only a few Ufology researcher's that aren't afraid to say what they really think about Alien artifacts and out of place artifacts. Not a lot of people are prepared to even go on record to write about UFOs but the ones who do, well these guy's aren't afraid to say what they see, think and give their honest opinions on a supposed taboo Ufology subject! Thing's are changing for the better.

Here's the brilliant video of the white ring UFO over the United Kingdom filmed on the 7th October 2022: