Black Round Anomaly Filmed Near CERN In Geneva Switzerland

A large black cloud type of phenomena was filmed in the night sky from a car in Geneva, Switzerland. It happened near the french Switzerland border.

This is by far the creepiest thing that's been filmed near CERN in Geneva on the France, Switzerland border.

I used to post a lot about CERN and in fact if you check out early post's you'll be amazed (like I was) at what actually goes on there and what "life altering experiments" they've done there. 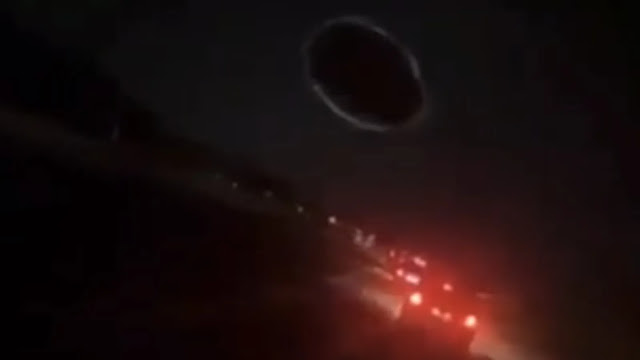 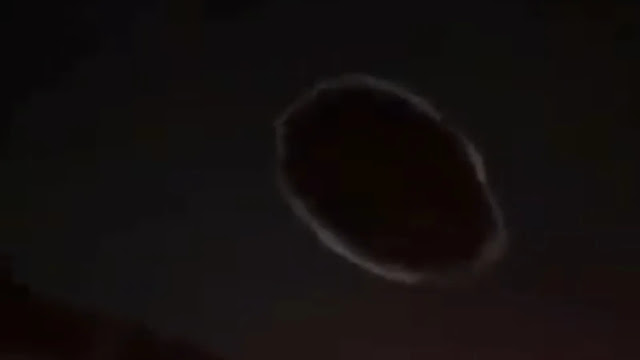 Look's strange doesn't it? Even not real, it might be but equally it might be real and that's based on where this was filmed.

If it wasn't for the fact that it was filmed near CERN (CERN is derived from the acronym for the French "Conseil Européen pour la Recherche Nucléaire", or European Council for Nuclear Research).

Also, I've got to mention this. It's not a squeaky clean organisation that you might assume it is. You'd be shocked and surprised by the goings-on at CERN by some of the so-called respected scientists. Look up Shiva, worship in fact check out this link. It's not for the front hearted and the scientist's involved was sacked!

Here's a quote about the "misunderstanding" that happened. Just remember that if you play the Ouija board, whether you play it or pretend to play it, you've just done a Ouija board. Same thing for Devil worship right? No matter what, if you "pretend" to worship the Devil or not! Then it's not a spoof as this CERN spokesman would have the less educated believe.

A Cern spokesperson confirmed that the video had been filmed there, but said that it had been made without permission or knowledge. Cern said that it doesn't "condone this type of spoof” because it can "give rise to misunderstandings about the scientific nature of our work".

The Independent did an exposé on this "staged prank" but it's the content right, which doesn't matter if it was staged or serious because something of that nature "cannot be staged" it's a catch 22 scenario where the act itself is - no matter if staged, it's been created! The reason why the scientist's involved was sacked, because it is exactly what it is! It can't be staged because the act itself is bad, very bad!

But disgusting as it was, let's crack on with the intriguing spectacle before us. The video shows a very strange anomaly in the sky itself. The fact that this floating black circle of nothing but darkness, almost as if it's a cloud of oil and because it's near CERN more questions than normal will be asked.

Many have suggested that the Large Hadron Collider could bring about a black hole in the Earth, or that something is going on there that would allow people to access new forms of power that would be wielded against the Earth. Others still have said that the work might open a portal to another dimension - an apparent extrapolation from the fact that the work going on there might allow scientists to test theories about the presence of other dimensions.

I've recently been sent videos of black circles in the sky which I'll be writing about soon, it's on my to do list which I've got a stack of.

Has CERN opened up a portal but outside of the facilities?

How safe is CERN?

The video is an eye opener and the reason why I'm writing about this is because science moves so fast, it's constantly changing and finding new thing's that are beyond belief. Stuff like this would be hushed up and covered up that's without question.

So it begs the question, is it real? The answer to that at this time, I don't know?

You'll have to make up your own mind up.

Here's the extraordinary video which was uploaded to Twitter by Think Tank:

‼️ Filmed in Switzerland close to CERN - Anyone have further information?