Here's the extraordinary video which was filmed in Bell Rock in Sedona Arizona State US. We see a bizarre UFO that glows and is flashing purple, blue.

And some people don't see a UFO sighting at all, ever throughout their lives. 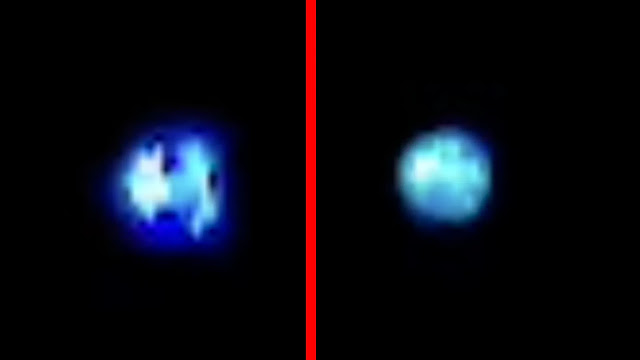 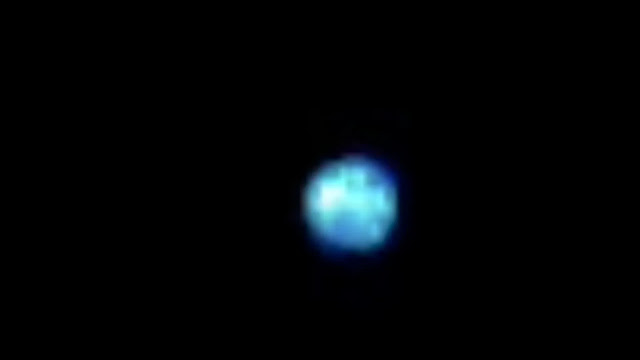 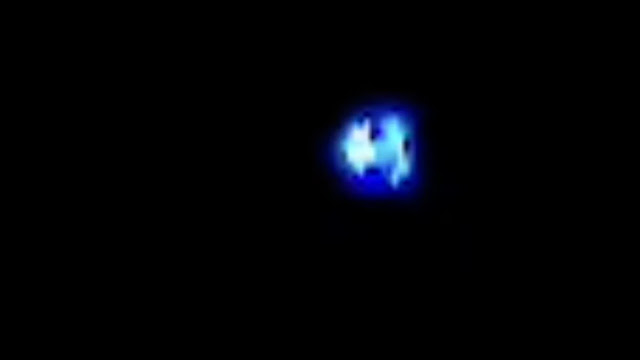 There's 3 black point's inside of the UFO Orb which we can see clearly.

This lady has been able to see plus film a mind blowing 1300 UFO sighting's over a long period of time. The USA is and probably will stay the world's hotspot for UFO sighting's. There's no set look or behaviour except for they all fly. Anything else is subject to the individual UFO sighting at that time.

The shape of this UFO looks like an "Orb or sphere type of craft" for want of a better name, I'm going to refer to this as an Orb UFO. The Orb is glowing a bluish type of purple with a bright white colour.

I did notice 3 black dots inside the Orb which I've highlited in the above images. I've never seen anything like that ever because the light's emanating outward from other UFO Orbs have never allowed any cameras to pick it up. Or, is this the first one that has these three black points?

There's actually all different types of colours emanating from the Orb itself. It's probably only because there's nothing around it that we are seeing it like this, what I mean is if it was near a building we'd see the light reflection off the surfaces?

That would show us how bright it is and we would be able to estimate or even measure it's size and we could estimate how much light is shining out and away from it's center of mass? Has this got a solid body? Is it a gas? Is it using a small type of thruster or propeller?

Even though it's highly unlikely that it's using anything like that, under scientific research it would still need to be ruled in or out as part of thorough research because until it's observed as having or not using a thruster or propeller system, it cannot be ruled out. That's just the way it is.

Personally though I'd rather have a thorough research understanding about this UFO sighting as opposed to a second hand opinion. I reckon that'd be anyone's conclusion also because it dispells any myth or opinions on this.

As I've been looking closer at the Orb I'm seeing that there's reds, blues, purples, whites and I'm seeing slight shade's of orange and these are all emanating outward. It's an electric type of "very bright colour."

I was at Bell Rock in Sedona. (July 6th at 8:35pm. Sedona Vortex). Honestly I see them all the time. I have about 1300 videos and pics in my phone. I take them during the day and night. This was probably around 9:00pm (corrected above). I will check the recording. I have about 8 of these videos and my super cool ones are the videos where they go from regular to transparent, back to regular again. So neat!

I was just out chillin with my other starseed friend. We were in the parking lot looking for UFOs. We saw spirit things, figures, shadow people, but I was mostly interested in the UFOs. They seem to put on shows for me all the time.

Sometimes I ask them to come. This summer they told me not to ask anymore, but sometimes I do anyway just to be polite.

Yes I see them a lot. Anytime I go outside. This was my first time taking video at night. The rest of mine are in the daytime. They seem really colorful at night so I thought they were neat looking.

I have a little over a thousand pics and videos. They started showing up after my awakening. Yes, I have about 6-8 of these night ones.

You'll find that a lot of UFO eye witnesses have summoned UFOs either by raying, mentally sending thought's and asking out loud?

Does it work? I think the evidence is irrefutable because it's the evidence that speaks for itself and it speaks loudly!

Seriously guy's, there's only so much that anyone can write about a single UFO Orb sighting. But this one's a bit different than most because of the very different colours and the fact that the eye witness has been able to film a lot of them.

Here's the extraordinary video which was uploaded to Instagram by UFO Sighting's Footage @ufosightingsfootage: