A brand new video of Bigfoot has surfaced online showing what appears to be a very large Gorilla type animal walking upright just like a human being.

I'm not a Bigfoot believer (I just wanted to check that I, at the door).

"But" until I saw this brand new drone footage I'm beginning to understand something more about Bigfoot and the awe surrounding it. 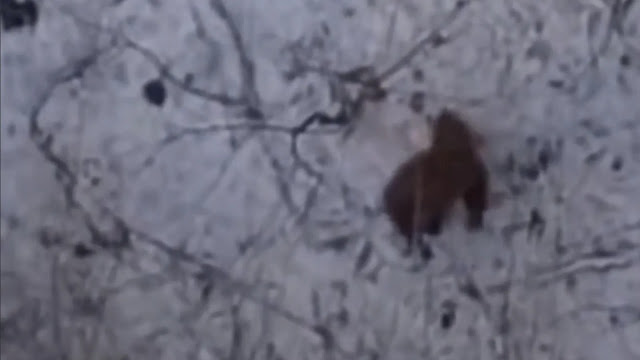 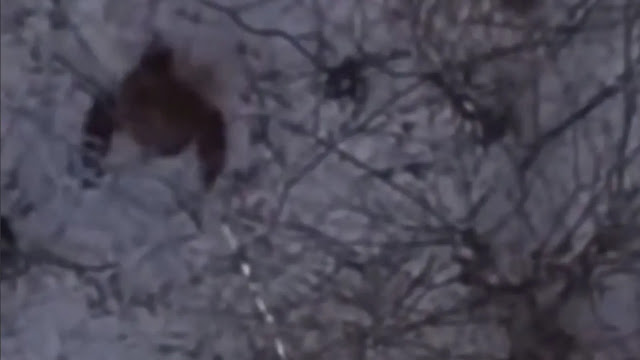 Brand new Bigfoot video and even though it's really easy to say it's a guy in a Gorilla suit, personally I think it needs looking into because it's lazy to dismiss it outright.

Looking into it though, researching it, that takes effort and in this day and age, nobody has time for research. Unless it's really something that you like doing? Researching stuff that people dismiss without even knowing anything about seems to be all the rage even though it's lazy. UFOs and yes, Bigfoot comes into that catagory.

After seeing him or her (Bigfoot) disappear at the end of the video it's seriously making me think twice.

There's a huge clump of tree's and bushes as the last thing that we see and it's as if the large Gorilla type animal just walks straight into it and disappears.

Though that could easily be explained by it been the end of the video and also it's a drone video, we're only seeing it from a bird's eye view. There's possible other easily explained possibilities as to why we only see this? Let's look at the comments on the footage itself:

@Jpayne Woodworking/ Payne Cues say's: So the mic on the drone so good it completely cancels out the drones blades while there are footsteps? Sure let's go with that.

@Samantha say's: his long stride is a great way to tell it's real.

@Sunny say's: I keep seeing people saying he’s wearing a suit. Is that some thing people do? Serious question: do you buy the suit and just walk through the woods?

These are all great comments and there's thousands of people who are sharing, liking and it's all over the board as to the verification of this.

Firstly it's supposed brand new drone footage from big.foot.lover Instagram but it's turned out to be Reservation Mystery Tik Tok channels account and there's no information with it on this video whatsoever and the Instagram post is the exact same. It was initially uploaded to Tic Tok by Reservation Mystery and the footsteps noise is getting a lot of attention.

Guy's, here's the extraordinary video take it leave it but it's definitely interesting:

There's no information with this at all, but the video exists and maybe the person who filmed it doesn't want to be identified?

Let us know what you think about it in the comments section below, cheers.