Here's where Cigar shape UFO sightings come into their own, when people are filming by accident at night and a white craft simply flies right past.

Here's the extraordinary video which was filmed over a super maximum prison in Colorado.

This was filmed at night, and if we look closely it's white with a long tube shape body which we've actually seen before in multiple locations throughout the world! 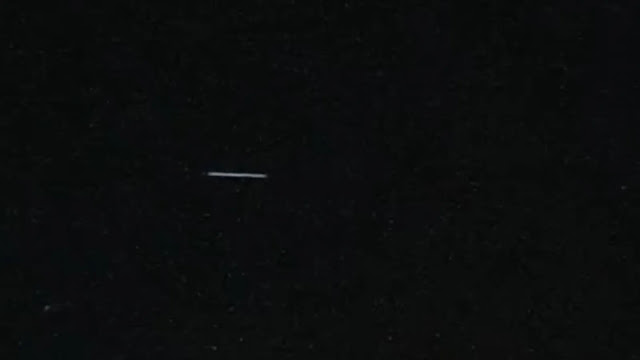 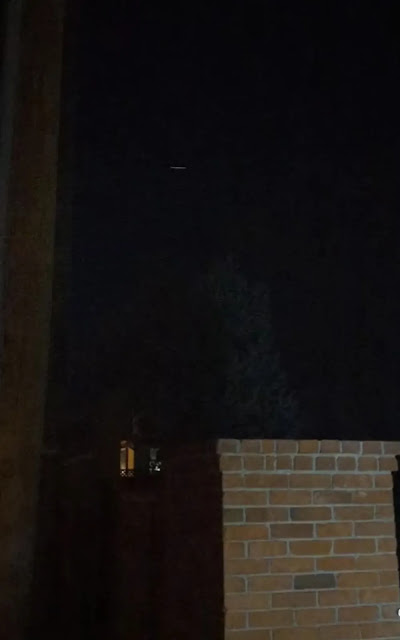 This is a great interesting to look at UFO. It's shape seems unlikely it could hold sophisticated technology but yet there it is, it's silent and it vanishes.

Depending on what you call this, a Cigar shape UFO or pencil shape UFO or tubular and this has even been referred to as a flying Rod in the past, really depends on who writes about this? The Cigar shape UFO was filmed flying into the Popocatépetl volcano. Probably the best and most famous place that this type of shaped UFO first came to people's attention was early on in Ufology? 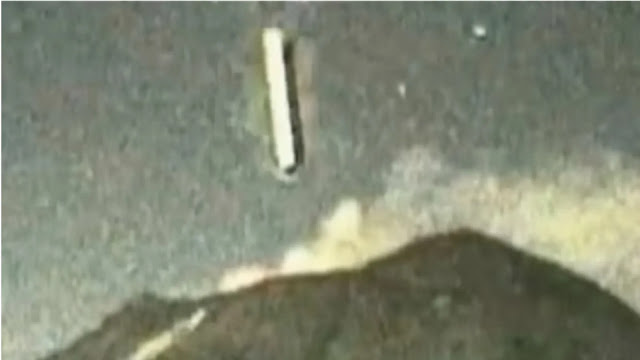 There's a lot of flying Rods that have been filmed right around the world.

This was shot on Saturday 17th December 2022 and it was headed East outside of Cañon City, Colorado, just about over the Super Max prison. I have never seen a UFO before, but I don't know what else it could be. It was traveling very slow, no sound to be heard. It passed over the house and then the lights blinked out and we couldn't see it anymore.

Cigar shape UFOs, these are Colorado's usual shaped UFOs because by far people in Colorado see this type of craft, more often than not.

Is it a coincidence?

Absolutely not, I've written so much in my other post's all about why I don't believe in coincidences, whatsoever. If everything is done for a reason, then coincidences just don't exist.

That's the short story of it.

Cigar UFOs that are caught on webcam nose diving head first straight into a volcano in Mexico. That's exactly what we all saw when this white Cigar UFO, came straight into the frame and nose dived into the volcano and on numerous occasions too.

Quite a few researchers in Mexico have made TV shows about this and some say it's the reason behind the installation of the webcam that surveys Popocatépetl volcano 24hrs a day? But, I'm certainly glad that they did because it's this webcam that's caught numerous times UFOs flying into the volcano. Not around it, up to it and fly away but directly into the volcano from space!

That's not even my opinion, that's what happened on film, "live webcam".

“You’ve had lots of people have an experience but they can’t talk about it.” Here, at Judy Messoline’s place. They can. In Saguache County, Colorado - UFO Watchtower is a beacon that draws the curious from all over the world. There’s plenty of activity to investigate. “Cigar-shaped, narrow and really long,”

Judy describes the closest sighting near UFO Watchtower. “It went zip like that!” She says a dozen other people saw the same thing. Messoline also describes another phenomenon on the property. She says there are two large vortexes out front full of an unexplained energy, according to multiple reports from psychics.

Colorado, home to the USA's UFO hotspot and that's probably the tip of the iceberg, what I mean by that is Extraterrestrial craft's have supposedly landed there too making the sighting the second best?

Here's the 1st UFO sighting was caught on camera on:

It's great that there's two videos that I'd like to show you. The first one being the amazing UFO sighting caught over Cañon in Colorado and the second one regarding the UFO hotspot.

Here's a fantastic 2nd video all about Colorado: