How To Spot A Fake UFO Video

There's way to many UFOs been reported that are deliberately faked. People seem to think that it's okay to hoax a UFO sighting. UFOs are real though.

In this day and age there's a lot of apps that allow anyone from any planet to add a "UFO, Alien or even a Ghost" into any video footage that takes their fancy?

Actually I've just been looking at what's available in the Google Play store using the keywords "UFO in photo" and it's brought up a lot of apps, more than even I thought was available! 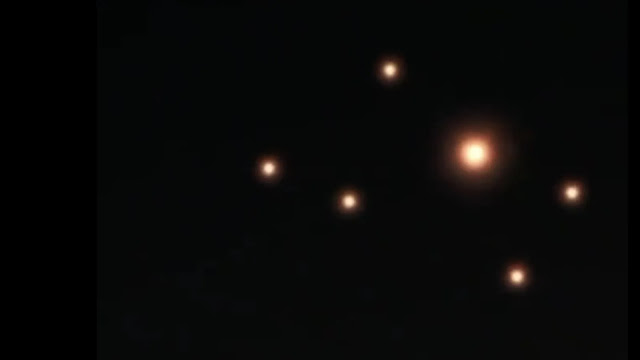 The main UFO Orb in the center here in this image is suspiciously like a UFO filter in a popular "UFO animation app" that allows anyone to use the filters.
It's truly horrible, because the large percentage of these that are passed off as real is probably immeasurable?

I regularly get sent supposedly unique footage that people are either testing me with or they themselves have been sent the UFO media by a friend or a relative even and it's then found it's way to been sent onto my channel. It's normally just one specific type of UFO which is this one which I have just created in an app myself: 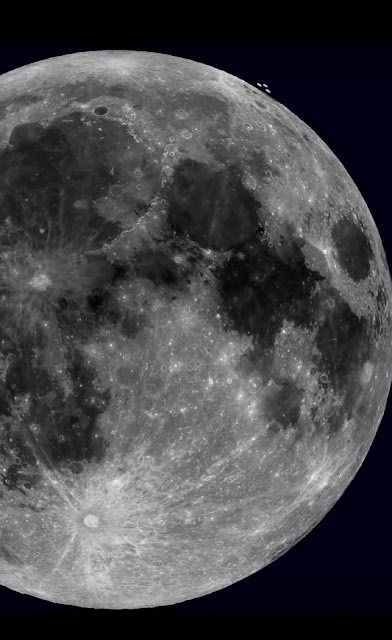 It took me 5 minutes to put 3 white dot's and 3 dark grey dot's right underneath them but just to the side to insinuate a light source off centre in the photo. The dark grey dot's are supposed to be shadows but in reality are full stops.
That's how easy is it.
Seriously though I have zero experience with this. It's only because it's straight forward and common sense recreating what is it 6 dot's on the Moon and just above the Moon's surface which is why I was able to do it. And that ladies and gentlemen is why there's so many fakes out there because it's just so easy to create.
And look at the results, it kinda looks plausible at the very least doesn't it? I've always been an avid believer in UFOs hook line and sinker from the beginning of my understanding of them. That was until I started to see a lot of apps pushing people to use these awful things.
For entertainment purposes is their slogan which all I can see as the entertainment being is that someone being fooled and lied to? I don't see how laughing at people for believing that a UFO is real, well it's awful. It's the passing it off as a real or genuine UFO sighting that you've had is the totally dishonest part.

So, if that's entertainment then I would not like to see how they really get their kick's!

You can really see how someone might be fooled by this one or at the very least taken in by it?
What happens is one person is fooled by it and they then pass it to another person saying it's a real UFO sighting (actually believing it) and they send it to a friend. The next thing, I'm being sent a photo or a video of a "UFO Mothership and two Orbs above the Moon" which is frustrating. But it's part of Ufology now it's here to stay because of the apps. The Hoaxing and the faking, it's all skullduggery at the end of the day and it's only going to evolve as time goes by!

Recently it's a huge spike in footage from an airplane window that's always been highjacked by anyone and an added extra is then simply pasted in.

In fact it's not even pasted in, it's a filter on these apps that allow you to add a disk, Alien that's waving, a portal opening or one that I saw (and see a lot of) is this one:

Please share your thoughts on this video below, and share this post if you like it, thank you and the reason why we know that this is a fake is the shadows on the silver reflective craft don't change whatsoever.


Below is another UFO sighting from over Houston Texas US that's got an exact same UFO in an app and has been seen in many videos being passed off as a real UFO sighting. Whoopie Goldberg is hosting the video.
Video description:
The U.S. Senate Intelligence Committee is calling on the Pentagon to release UFO reports after unknown lights hovered over the sky in two major cities – the co-hosts discuss.
Credit: UFO Sighting Footage/UFO News/Ufosfootage/Canva.