The eye witness photographed these UFOs over Los Angeles, CA, USA. There's an orange Orb and a Tic Tac shaped UFO. A helicopter flew near this UFO.

Here's what can only be described as a Tic Tac shaped UFO or UAP whichever you prefer to call it?

Looking up the photo's that have been sent in to myself today, first nothing came up so I zoomed in on the object and took a screenshot of the UAP. 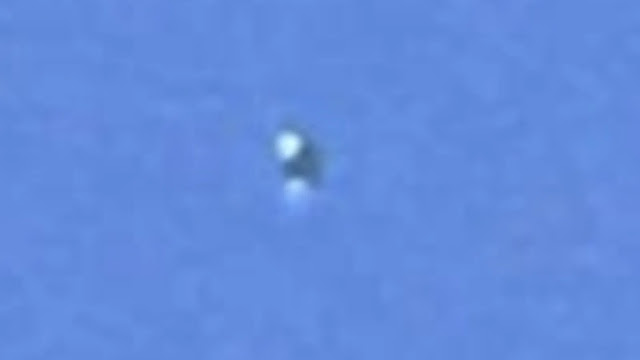 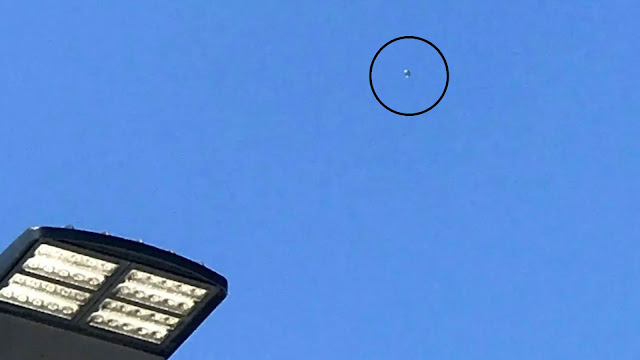 The eye witness states; "This was taken May 2020 while I was taking some pictures of downtown LA."

I used Google Lens to check it against everything on the internet (which I totally recommend) and as a result of zooming into this metallic, silver sphere shaped UFO (on closer inspection it's an Orb type of Tic Tac) the results all came back as Tic Tac UAPs and to be honest guy's, if it looks like a Tic Tac, if it walk's like a Tic Tac shaped UFO - it's a Tic Tac UFO!

These types of UFOs have been officially catagorised by their look's and not their behaviour, which isn't uncommon. But if it is their look's which is being used to identify them - then "it's a Tic Tac UFO" by it's very definition.

For added extra value so-to-speak a helicopter flying low appeared near to where this silver metallic, sphere UFO (Tic Tac) sighting occured over downtown Los Angeles, CA, USA. It could be nothing or a sheer happenstance but it turned up at the same time.

The helicopter was flying west while the object flew east a few miles north of where I was. It came from inside of the city and shot straight up and then just floated east.

There's definitely a real UFO presence on the Earth and they're letting themselves be seen. Why are they here, now? Why not 100 years ago? Why not 300 year's ago? Maybe they've been here all along or maybe they have just turned up recently within the last 50 year's and got past all of NASA's satellites and camera's?

The answer to that is more obvious than you might think? High ranking UFO researchers (yes it's a thing) all agree that the nuclear and atomic testing all had a huge effect on alerting Extraterrestrial entities to our presence.

If NASA engineer's examine the light spectrum of planets which tells them what's on the planet's... It tells them of the atmospheric make up, the gasses and lights all have a unique fingerprint.

If Earth was to be viewed by ET with telescopes that could examine the light spectrum just like we do to planets then we've already been identified? Our light spectrum is more than unique, it's the equivalent of ringing an interstellar doorbell" or sounding a very large siren and stating we're here, come and take our stuff!

We send out satellites and we send out drones and probes. We orbit Mars, Jupiter etc and we survey all that we see! So when it happens to us, it's very obvious which is exactly what these official Tic Tac shaped UFOs (UAPs) are doing.

If people hear that and laugh I'd like to revert you back to the official stance on UAPs by the US Government.

The only unknown is the why are they here?

The leading thought as to why they're here, I'll revert you back to theory 1. It's not that it's crazy to believe in UFOs or UAPs which I'm sure that people are still fighting over it. It's just that finally after people having their careers ruined, their family and lives ruined, friend's have abandoned friends and marriage's broken down because of a simple UFO sighting having been reported.

Pilot's, a lot have been ruined because they insisted on telling the truth.

For the US Government to now admit that UFOs are indeed real, and that they exist and what's more important than that is they released multiple videos showing the fact.

For them to admit this but not do anything regarding helping the people whose lives where ruined is in my view a scandal.

It's not gone unnoticed that NASA was completely left out of the UAP disclosure. Why, because in my view the US Government couldn't trust them.

That's only my opinion but it totally stacks up with evidence. If UFOs are passing by the ISS live feed cameras, but the cameras go off at the same time consistently and they don't mention the UFOs when the cameras come back on, that's dodgy.

That's happened hundreds and hundreds of times with hundreds of videos as evidence showing that fact. So when we look back on the UAP disclosure and note the absence of NASA (the go-to expert's you'd assume on UFOs) there's got to be a reason for leaving out the world's leading authority on Extraterrestrial life - the topic for which the US Government released 3 UAP videos.

Is the reason because it's plain to see that if NASA didn't see them coming here (the only road to Earth) that the US Government may have concluded that very same thing and that they're not in a position to offer any added value to the UAP disclosure or they're a waste of space (excuse the pun).

Covering up UFOs passing by the ISS is unforgivable, in my view.

Have they deliberately let or possibly allowed a hostile enemy in?

If you go back over the hundreds possibly thousands of examples of UFOs at, or near, and around, plus flying past, and coming into view of the ISS (International Space Station) then you'd see why I write about NASA not been up to the task of "looking for evidence of Extraterrestrial life" because if they turn off the live feed cameras when a UFO turns up and don't mention it when the cameras come back on.

It's more than a coincidence that the cameras stop recording just when a UFO turns up.

Here's the photo's of more UFO sightings by the same eye witness over year's.

I have seen two more similar vehicles at night over this years super bowl game but the pictures are low quality that is very questionable what is shown.

UFO Orbs are the most common type of UFO sighting probably in the world? If you look up UFO Orb you'll find thousands of different places on Earth where these are being seen and filmed.

Below is an orange type of UFO Orb. 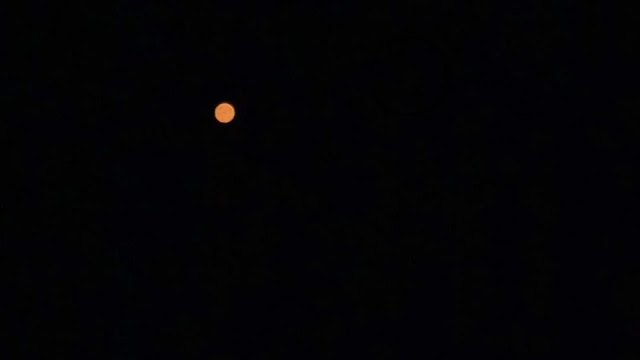 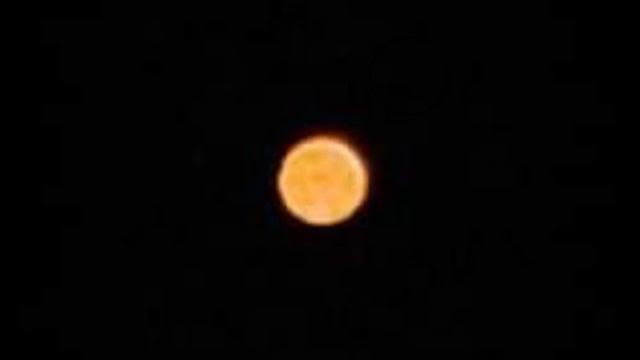 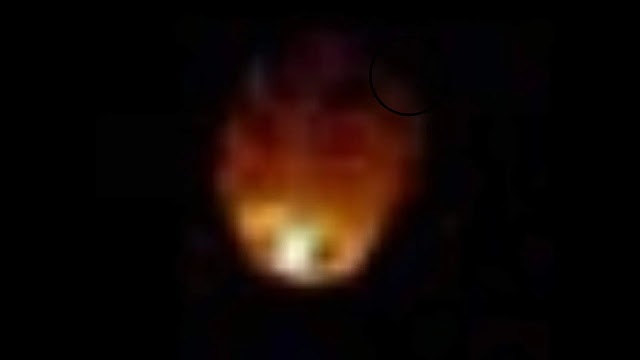 Question everything is my motto.