A UFO is literally falling out the sky over Glasgow Scotland in the UK. This only just happened recently within the last few days - in fact Monday.

In yet another UK UFO sighting that happened over Glasgow one lucky onlooker was treated to a front row seat UFO spectacular.

The video shows a UFO at the tip of the smoke column with the front end of it facing downwards heading straight for the ground. 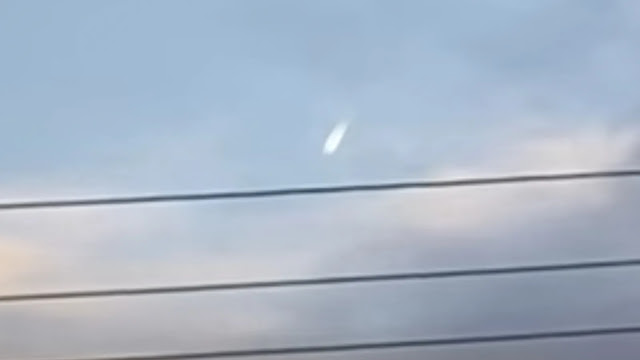 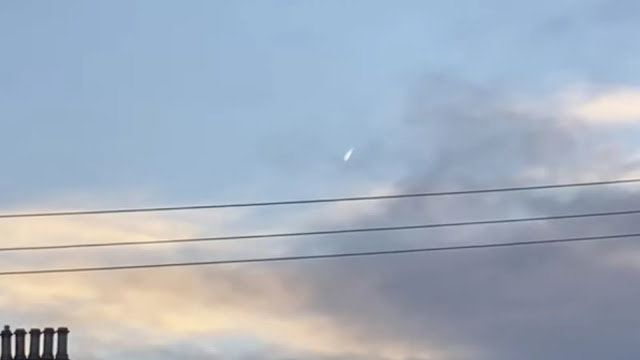 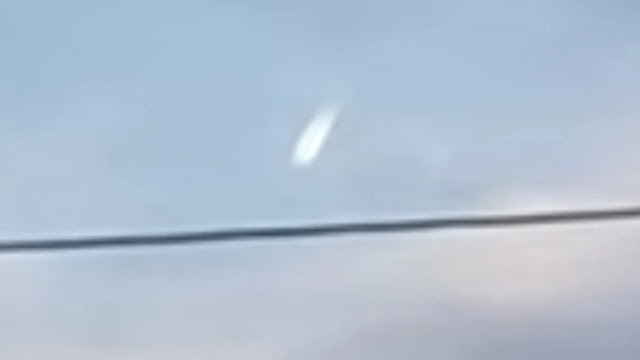 There's a lot of UFO sighting's in the UK that goes unreported but it's a good thing that there's people willing to go on record and report these thing's.
The UFO has been looked up on airplane flight radar GPS apps for 9:04am and it's not on there, read on for more.
Quote from YouTube description:

An unusual bright object was spotted falling out of the sky over Glasgow's west end on Monday. Glasgow University Maria was on Victoria Crescent Road in Hyndland at around 9am when she spotted the strange body of light as she quickly took out her phone to capture the baffling sight. Speaking to our sister publication Glasgow Live, she said: "I was walking down the long road and I was looking at the same point in the sky the whole time and that's when I noticed it. "It looks really weird, it doesn't look like a plane because it was falling really quickly, straight down. "It also didn't look like a plane because usually you would see a really long white streak and I couldn't see the shape of a plane. All I could see was the white strike, I couldn't see the centre of it. "It looked really fast. I'm not usually suspicious about these types of things but after looking at it for a second it seemed like something I'd never seen before." Maria has never considered herself to be an alien enthusiast, in fact she is very much a sceptic, but the event has left her dumbfounded. She said: "It's not like I'm a person who has seen this and watches a bunch of those paranormal activity things, I'm not interested in that sort of thing at all.

It's a great UFO sighting for one person who filmed this as there's some people that have never seen anything remotely like a UFO. Some are believer's and equally some aren't believer's at all because I think they need solid tangible evidence? There's always a reason to why people don't want to believe in UFOs or strange phenomena?

That's even regardless if the US Government confirms the existence of UAP's. Unidentified Aerial Phenomena is real, because the Nimitz encounter and the Theodore Roosevelt encounter cemented this. The US Navy Jet pilot's switched on their Flir cameras (Forward Looking Infrared) and these Navy vessels are being watched by Tic Tac shaped UFOs! The Pilot's have chase... The rest as they say, is history.

I'm "still" regularly asked if UFOs are real? I mean, what do you say to that? How do I answer a question about if UFOs are real and do so with just one word (which is yes). But - afterwards I almost feel compelled to explain why it's a solid yes.

I've never actually seen a UFO but I'm up to date on disclosure.

In fact the only thing that I've ever seen is an airplane, helicopter, drone and a hot air balloon plus RC planes and birds. I suppose if it's meant to be it'll happen.

This Glasgow, Scotland UFO event was picked up by the Daily Record and it was just literally uploaded to their YouTube channel probably by their social media department. It's only just happened on Monday the 5th December 2022.

"I looked it up on flight radar to find out which flights were above the city. "I looked up 9.04am, which is when I took the video, and there were only a couple of planes in the sky, one of them was going to Zurich so obviously it couldn't be that one because it looked like it was falling straight down really quickly. I think the other one was going to Stanstead."

If you've ever filmed a UFO sighting that you'd like me or the readers of UFO Sighting's Footage to check it out and give you our thoughts then please share it with us in the comments section below, or you can get in touch with me and the 55K Facebook page followers here.

Here's the really extraordinary video which was filmed over Glasgow, Scotland in the UK:

If you've got any thoughts or opinions on this UFO sighting please share it with us in the comments section below, cheers. Also please share this post, thanks.