Real Photo's Of An Alien Woman Or Elaborate Hoax

The Billie Meier story about contact with a pleidian according to Meier, during a five-day space trip in 1975, aboard an alien spaceship what's real.

Is this a real photo of an Alien and why hasn't this still not been "satisfactorily debunked?"

Or has it already been debunked using the Dean Martin TV show as actual evidence. 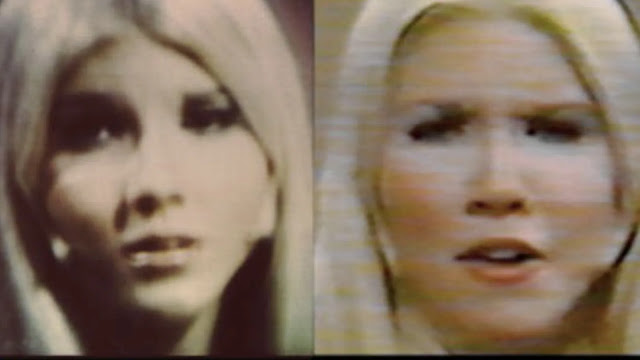 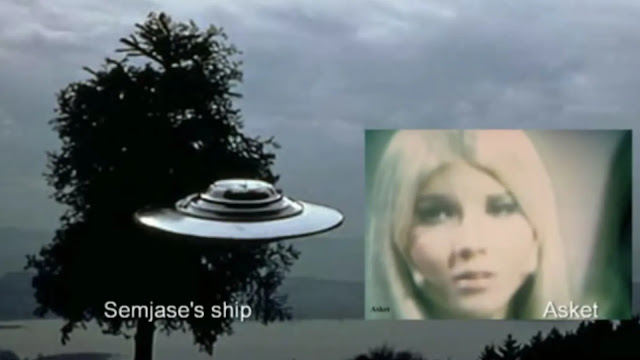 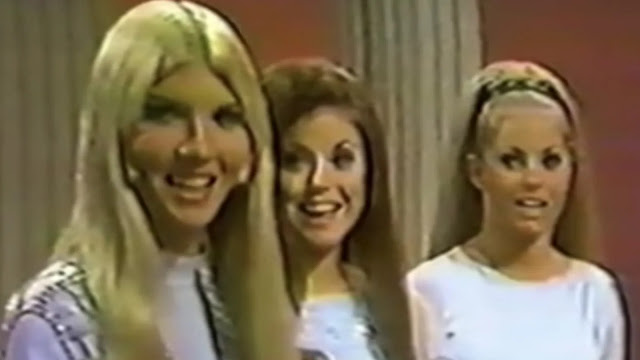 Did Billie Meier get the photo of Asket from the TV show by Dean Martin of one of his guests? They do look very similar.
There's been plenty of attempts to discredit Billie Meier over the years and decades starting way back in the 1970s. The above (top) image is from Billie Meier that he took of Asket in 1975. Eduard M. (which is Billie Meier) is the Plejaren Federation’s representative on the planet and knows the secret of the accelerated ageing see this link.
It really comes down to what you want to believe and who you want to believe, I suppose? Because it's been engineered deep inside plausibility land. In otherwords, it's deliberately worded, it's deliberately planned and everything is possible which could be a red flag in itself. It cannot be proved or disproved?
Some would say it's the reality realm's of fantasists where pink elephant's roam free and everyone's passport reads Walter Mitty. Or is it? And has it been maliciously manipulated by the CIA?
Billy Meiers photo of Asket, his Timmarian mentor. The extraterrestrials came from the planet Erra in the open star cluster of the Pleiades.

Can anyone disagree in this day and age with another person without slanderous comments, it seems highly unlikely but it's okay because educated and rational thinking people can see it straight away for what it is and that's all that matters. Here's a quote from the website "The Future Of Mankind" which states:

Many years of experience with all types of people have shown that those who try to discriminate against Billy and question everything are obviously envious, pseudo-scientists, sectarians, fanatics, schizophrenics, or simply slanderers. In particular, they seem to be people who, because of some strange opinions concerning the rest of the world, politics, or religions, cannot bear the truth that may differ from their own beliefs. They are willing to suppress the truth with the aid of mean, dishonest methods, and to extinguish it, if possible, even if it means going over dead bodies, tarnishing and destroying the reputation of another human being.

It also comes down to what information you have, how much you want to know and what you make of the guy himself? When someone constantly has an answer for everything instead of just saying "I don't know" this is a major red flag. Liars lie, they don't know answers, they're compelled to lie because it's what they do, it's the very definition.
Let's have it right, anyone can offer up evidence for anything especially when you have a plausible explanation on hand... You know, as to why the so called Aliens in your photos are actually from the Dean Martin's TV show.

Well, that's simple to answer because it's the MiB who got to the person who had the photos. Of course, silly me the Men In Black, obviously they're involved and of course they got to the photograph developer guy. Why didn't they just confiscate the film? I'll tell you why, because it's after he got the film back from the photo guy and the fact the women in the photos was from a TV show. So that's why they wasn't just going to confiscate them possibly. It still sounds like plausible deniability.

Quote from Future of Mankind:

The Plejaren Federation (Plejarischen Föderation) is an accrued organised arrangement of various civilisations from various diverse mixed star systems, located mostly within the Milky Way galaxy, with a minority being extragalactic and extradimensional members. The dimension or space-time configuration of member star systems varies.

Okay, sarcasm aside and obvious reluctance to believe that Billie Meier was chosen to go have encounters with Alien women. It seems fantastical, improbable, totally made up, total rubbish, rantings of a disturbed mind and a whole lot of attention seeking. See, it's the old suspect of "plausible deniability" is literally the last refuge of attention seeking persons.
I do not believe the Billie Meier story because it's improbable. I'm also allowed to believe in whatever I want to. There's plenty of far better ways for Aliens to give humanity information and or knowledge. Why choose this guy specifically because all that's happened is it's created a 50/50 split and if your choosing to reach out to mankind even though you've been here in the past, why would you choose someone who I'd assume you'd already know is going to create confusion and further hinder your cause? That's why I say it's improbable.
Why not give information to a more believable person like the Pope or the Queen, or what a Noble Prize winner? It makes way more sense than a random guy who's got an excuse for everything!
Anyone but Billie Meier would do. Just leave a VHS tape or old reels, stone tablets like in the Flintstones (whatever 70s people used) with all the information contained within at a newspaper or on the bed of a President? Instead of going through (literally) Billie Bobin Junior? Lol, it's laughable, but instantly I feel a bit uneasy because it's probably going to come down to his mental health and we shouldn't be laughing at mental health and yes I'm using the Royal we ie you and me! More of the story:
Meier had given the negatives to a Herr Schmid for development at a cheaper price (there were some 700 hundred of them all from this trip). Schmid was a photographer who claimed he was from the Rhinevalley region in Switzerland.

Schmid was very harshly threatened and pressured by the “Men in Black” into adulterating Billy’s photos on their behalf. Mr. Schmid had no alternative other than to comply with them. The “Men in Black” found two doubles in America performing in an American TV show and photos from the show were used for manipulation of Meier’s photos.
The manipulation of the photos was done by “By retouching, recopying, and “sandwiching” separate sequences. Schmid adapted and arranged the photos to look the same as Billy’s originals (which no longer exist now).
Is Billie Meier's photo of Asket the Timmarian a fake? See this link just below.

sbeckow.wordpress
It exists, all the information about the Billie Meier's whole story and counter story or theories (should I say) are available for your scrutiny if you so choose?

I've added my opinions, I've researched as much as I'm going to because it's got nothing more I believe that can be searched for in terms of getting to the actual truth. Without Billie's own voice or without an updated version or just the fact that these beings can choose from a massive list of ways to communicate with the human civilization. But they don't is a red flag for me!
It's a "believe it or not" situation. Billie Meier has put his side of the story forward and it's up to the public to determine what's trie?
Is it all true or is it true in part?
We might never lnow and for me at this time, I don't believe it.
But I'll add a "but" because if more information as time goes on becomes available and it actually back's up Billie's storytelling then I'll reserve the right to change my opinions. It's funny how time can change thing's.

Here's the extraordinary video:
So, after reading this post and reading the linked post's about Billie Meier and the contact he's had with supposedly Extraterrestrial entities - what's your thoughts and opinions on it, leave your messages below in the comments section, cheers.