Proof Of Intelligent Craft's At The ISS Turning And Speeding off

A UFO turns up to the ISS and slowly comes into the screen from the right. It's slowing down, and it turns upwards and then speeds off to the left.

This is the actual UFO video which I genuinely thought that I'd lost but only just recently found it again.

Guy's, if this this doesn't make you question why is NASA doing nothing about these UFOs which are coming to the ISS then nothing will. 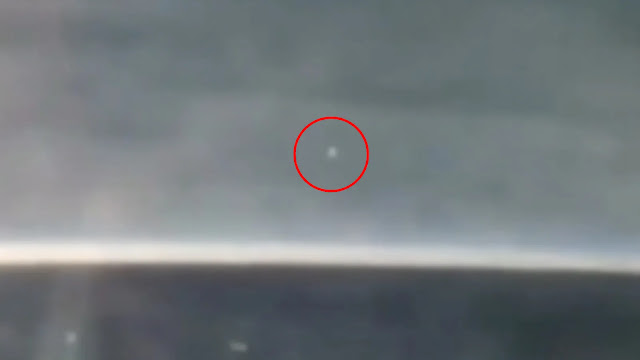 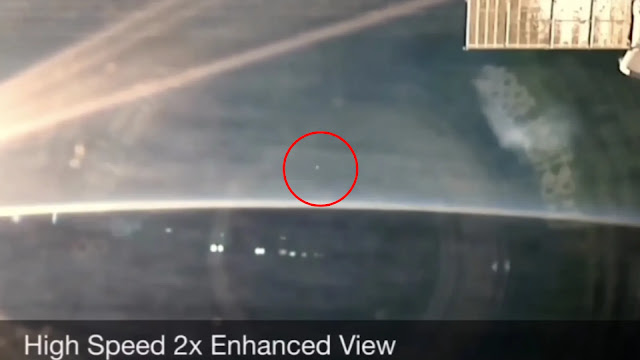 You must watch the video, the second half of it with X2 zoom shows us this UFO like we've never seen anything like it before!

It must be the implications of the knowledge that Extraterrestrials are among the world as to why NASA scientists and engineers are refusing to acknowledge the craft's that come to the ISS? That's all I can rationally come up with because why else would they keep this knowledge from the people of the world?

Do they think people will behave like buffoons or something else entirely like that? I remember seeing this and after I saw the full video I thought to myself "this is one of them types of video's that NASA must answer" and right then I knew that it's just a case of them not wanting to answer it.

It's a historical video, if scientist's actually went on TV and said we've recently had a UFO display intelligent manouveres outside of the ISS, I mean how do they even begin to tackle that? They really must tell the people why they're refusing to acknowledge the UFO presence. But they won't as they'll look for every answer that's humanly possible but hold back with silence until they have to answer it.

It's their prime ethos, to look for evidence of Extraterrestrial life in space. Even the ones that come up to the ISS!

I've realised that NASA probably can't answer questions on UFOs because I think they don't have a clue themselves? It absolutely makes sense and answers the question of why hasn't NASA even addressed UFOs and it's their job to. It's because they don't know.

Check out this quote:

When bullets fly through the air, they do so at amazing speeds. The fastest bullets travel more than 2,600 feet per second. That's equivalent to over 1,800 miles per hour. To put that in perspective, it's amazing to realize that bullets travel over twice the speed of sound!

It's so hard to imagine how fast these two craft's are traveling at because there's nothing close by to compare them to. We can't see anything whizzing past it because it's empty space but if these where flying down the road, they'd be glowing red hot because of the friction of the wind traveling over the shell of the craft's.in fact they might even glow white instead of red hot.

Stopping in space and turning upwards in relation to the ISS you'd think is impossible. Literally it is impossible without any external or internal forces. Without a doubt to travel in space you need to have help. This begs the question what's pushing the unidentified craft through space taking into account what we know?

What fit's the description and would fit inside of the UFO? It's nothing that I know of? I genuinely don't know of anything that could be small enough but get up to 17.130 mph. But yet there it is and there it is also making turns and slowing itself down then accelerating away.

Maybe NASA can't answer and is observing because that's all they can do? See, I've been asking why doesn't NASA tell us about these and I've not taking into account that they might not know their elbow from a toenail? They might not have a clue what's going on so therefore they literally cannot answer a thing? That actually works for the question and answer show... It fits the bill perfectly.

They don't have a clue what is going on so can't answer the questions.

Here's the extraordinary video which was uploaded to Instagram by UFO Sighting's Footage which is my awesome channel:

If you've got any thoughts or suggestions on this UFO sighting please share it with us in the comments section below, cheers. Please can you share this post, thanks.