There's two unbelievable and real but different UFOs in a crater on the Moon. There's one shiny metallic silver UFO and a structure on the Moon.

Amazing UFO researcher Scott C. Waring discovered a really unnatural looking craft while it was in mid flight hovering over the Lunar surface in a crater.

It doesn't get any better than that for a UFO researcher to independently come across a visible craft hovering... 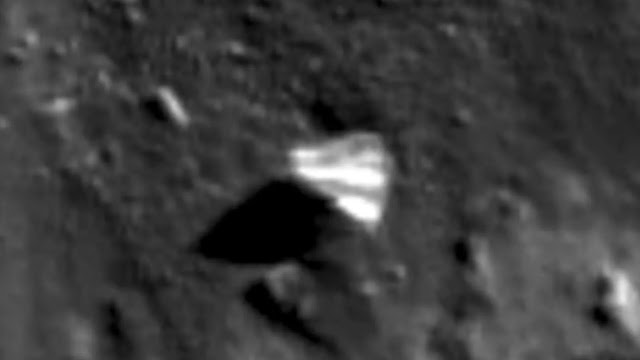 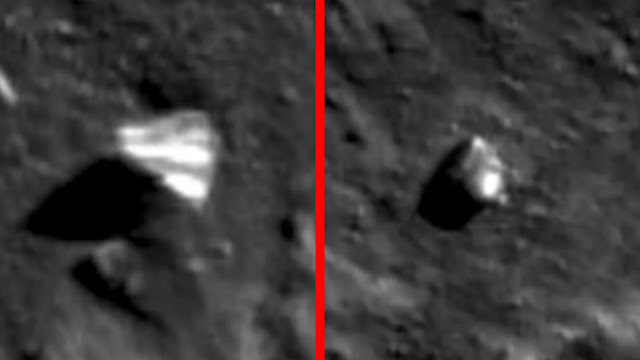 UFOs are appearing on the Moon's surface in NASA footage!

You've got to focus on what's important in life.

NASA engineer's definitely have a set way to disguise anomalies and they do so by using the array of settings for brightness, contrast and exposure etc. White objects become obscured or even look like they're glowing. Metallic silver surfaces become dark or even a black spot, a smudge or a completely obscured deep shade of black.

Object's in this video highlight this perfectly. That's why I personally think that this video is brilliant, I'm learning a lot about the trick's NASA use to hide or completely remove objects from "publicly owned photo's." 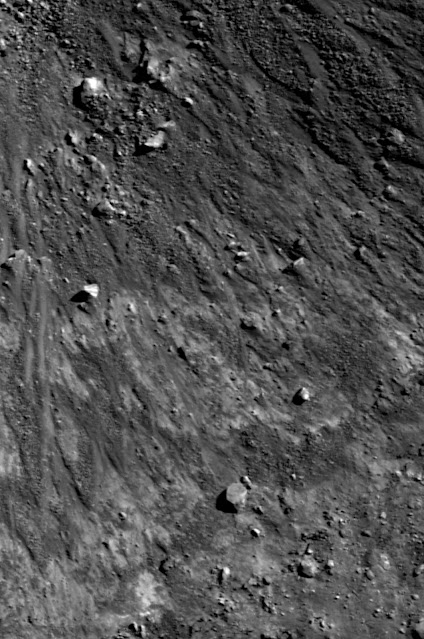 Who owns the property once NASA takes a photo who owns it? The public or NASA? Here, check this out:

And regarding who owns the NASA photo's and videos it this:

Because China's got Lunar ambitions and so one day the Chinese will put a person on the Moon themselves you can see how the information NASA has gathered would be beneficial to the Chinese Space Agency? You can see why there will be top secret satellites orbiting the Moon. Some might have made their way to the surface already...

Don't forget that what the public uses technology wise it's way behind what NASA uses and other tech giants. They research and develop technology themselves. They create sophisticated technology and use it in their space mission's and engineering programs.

I could write a million and one different scenarios as to why this UFO could be "this or that" but what it probably boils down to is good old fashioned unknown objects? If your a rational thinking person and you look at this image you'll most probably see an object that should not be there because it's not ours ie mankind's.

There's actually two anomalies here in this one image because just underneath the hovering Pyramid shape UFO (with it's shadow) there's what looks to be a structure with a radar dome on it's top.

It looks intelligently created and with a purpose. It looks like a deliberately created meaningful structure with a reason for existing. It has what looks like fins or wings with a familiar design.

It's all up for debate and I enjoy a good debate (who doesn't). Please remember that there's no wrong answers whatsoever. Your opinions are valued and appreciated plus valid all the way. I carry no more importance than the next guy. So please, share your thoughts on this and like me you've got to give kudos to Scott for this discovery.

The Moon is so interesting that it draws you in. It definitely get's my mind racing when a discovery is made. Even though I know that it's not been verified, I'm counting on something totally different to the ultimate proof which can just be denied by NASA and it's cohort's! I'm banking on quantity. I'm relying on there been that many UFO sighting's at the Moon, on the Moon in and around etc that it's got to a point where it's undeniable. Are we there yet, we are getting to that point.

Maybe it's the sheer quantity of anomalies one after the other which is what prompted NASA to go back there in a new mission to the Moon.

The Artemis programme will send humans back to the surface of the moon more than 50 years after the last Apollo mission - and NASA wants to establish a base there as it targets an eventual crewed mission to Mars. NASA's long-delayed mission to put humans back on the moon has launched.16 Nov 2022.

NASA went to the Moon in 1969 and put man on the surface in what's arguably the most important event in human history outside of religion.

The UFO in this video is shining, it looks like a smoothe surface and metallic. Even though it's a black and white photo it's quite clear that this is an intelligently made craft because there's nothing else like this on the Lunar surface. The UFO has a shiny surface which is the opposite of every other surface on the Moon and that's by it's nature because it's literally one big rock.

Here's the extraordinary video which was uploaded to YouTube by Scott C. Waring:

If you've got any response to this video please share it with us in the comments section just below, cheers. And if you can share this post I'd appreciate it, thanks.