The Black Knight Satellite UFO has been photographed by NASA and it's got an official code name. But NASA would tell us it's a thermal blanket.

This is probably the most famous or arguably the most controversial UFO that's ever been reported and filmed by NASA.

The theory of this large piece of space debris being an Extraterrestrial craft has been brought up before. 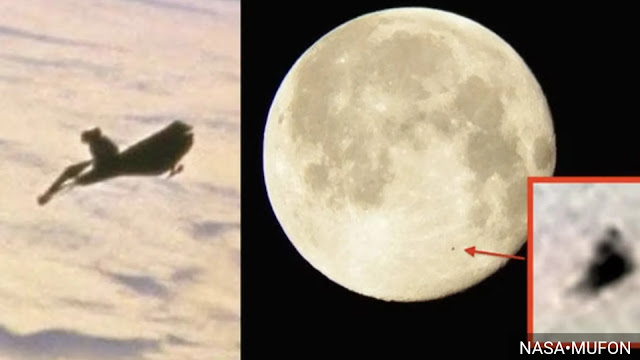 In 2015 a photo was taken of the Blue Moon which also seems to have captured the Black Knight Satellite UFO as well.

Here's the actual evidence from Tesla himself that he received a radio signal from Aliens or another world. These are his actual word's:

The retrospect is glorious, the prospect is inspiring: Much might be said of both. But one idea dominates my mind. This — my best, my dearest — is for your noble cause.

I have observed electrical actions, which have appeared inexplicable. Faint and uncertain though they were, they have given me a deep conviction and foreknowledge, that ere long all human beings on this globe, as one, will turn their eyes to the firmament above, with feelings of love and reverence, thrilled by the glad news: "Brethren! We have a message from another world, unknown and remote. It reads: one… two… three…" Christmas 1900 Nikola Tesla. 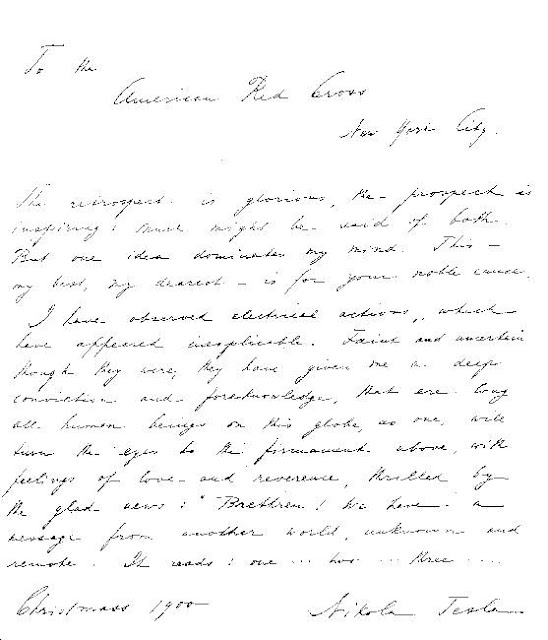 The above letter is the actual one sent to the Red Cross (Tesla's correspondence between people) which actually states he intercepted a signal which read "one, two, three."

In a 1910 letter to The New York Times, Tesla claimed the sounds came from Mars.

“Most certainly, some planets are not inhabited, but others are, and among these there must exist life under all conditions and phases of development. Personally, I base my faith on the feeble planetary electrical disturbances which I discovered in the summer of 1899, and which, according to my investigations, could not have originated from the sun, the moon or Venus. Further study science has satisfied me that they must have emanated from Mars. All doubt in this regard will soon be dispelled."

Here's the link to the New York Times post.

If NASA say's it's a thermal blanket where's the evidence that shows us this "significant piece of the puzzle" even though it's pretty easy to literally just write down on a log sheet "thermal blanket came loose so we left it." But they know that it could potentially hit another NASA capsule later on so they wouldn't leave it behind, would they?

Because that's what would happen if NASA knows it's a thermal blanket and they deliberately just left it in orbit around the Earth. They could have put it in the cargo bay or just knocked it into an orbit to burn up in Earth's atmosphere, right? There's so, so much wrong with everything we come across other than the original answer that this is a 13 thousand years old ancient satellite.

It's been floated (excuse the pun) before that this "UFO is nothing more than a thermal blanket." To dismiss any and all doubts and rumours after all why doesn't NASA simply collect it and put the argument to rest? Is it because they can't? Every time they've apparently tried to get near it, the 13K year old satellite manouveres away and avoids been taken which suggests that there's a type of technology that NASA would love to own!

You'd think that this was already done before regardless of how much NASA dismisses it. They don't do anything at all suggested by the public because it's either their way or the highway. It's absolutely full to the brim with egotistical, and that typical engineer who won't entertain anything but their own ideas.

That's what the evidence suggests anyway's. But we all interpret thing's differently don't we?

I'm not a fan of NASA because they turn off the ISS live feed everytime a UFO sighting occurs. Every single time without exception and there's hundreds of examples.

Yep, that's NASA alright. They don't entertain anything but science and dishobesty practices and unless it's passed for public release they will not release anything. You've all seen the videos of thing's floating in space near the ISS or within view of the live feed cameras and NASA worker's turn off the cameras? So we already know that there's an underhanded, devious and dishonest element working within NASA. Look, the hundreds of examples speak for themselves and that's the way it is.

If tgey was to zoom into these UFOs as opposed to just cutting the feed, perhaps people wouldn't start gho think "hmm that's strange." And the examples are one after the other going back to the beginning of the International Space Station. It's actually quite sad because anyone who's familiar with the ISS knows that this is what NASA does. It's upsetting also because it brings into question about what else has NASA covered upnor tried to cover up should I write?

Personally I wouldn't have let NASA anywhere near the UAP research or study group's because there's clear evidence that when a UFO comes into view NASA deliberately turns off the cameras! So personally I think they shouldn't have been picked. This is probably why the US Government's actually side tracked NASA when it came to announcing the UAP videos.

It was NASA’s job because it's potentially crafts not of the Earth. But it tells me that the US Government's aware of NASA coveribg up UFOs so it had no choice but to side track tbem on this occasion. It's exactly what I would have done so good on tge US Government for leaving tbem out of that historic moment in time.

Maybe it's because they can't do it as it's an identified Alien craft.