Here's the extraordinary moment when a Disk shape UFO (Flying Saucer) actually crashed into the Earth on a video caught by an unknown person's.

This is fascinating information on what is arguably the most blatant Disk craft actually crashing to Earth.

Firstly though I'll admit that it's not the best video in terms of the quality. 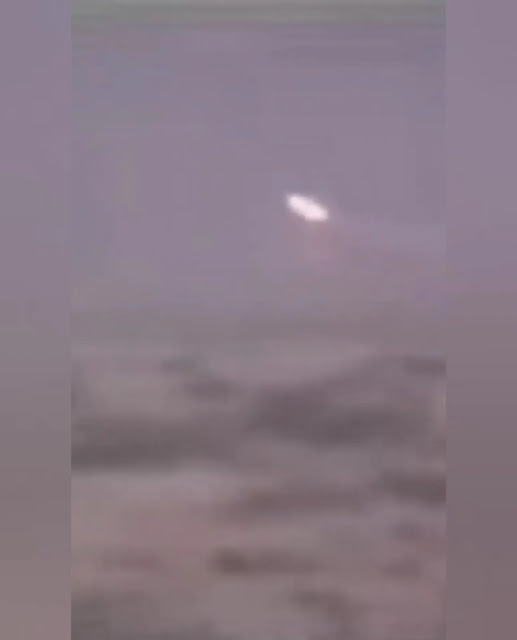 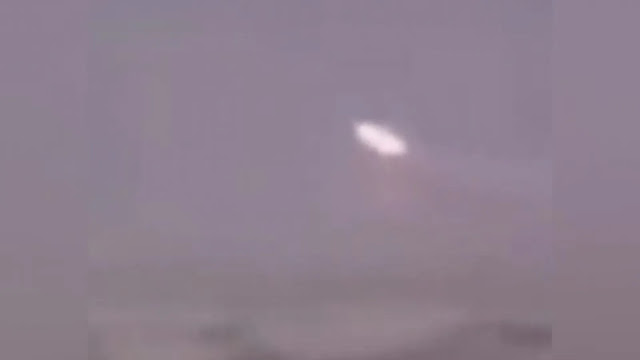 As far as UFOs go, this is probably one of the better unexplained but obvious UFOs. Where does the technology end up up if it is a reverse engineered craft from a recovered UFO?

I'm going to be asking a lot of questions in this post and rightly so. It's okay that it's not the best video because it's got the jist going for it and that's okay too (it has to be it's all we've got). The meat and potatoes are there so-to-speak as we see a white Disk and we see it crashing down to Earth. It comes into the screen from the right hand side. It literally just skipped along until that last slam into the ground.

Unfortunately there's no information with this UFO sighting. But it exists and I'm still in aware of any UFO sighting with calling cards lol. It's a Disk UFO crashing into Earth.

I suspect that there's a lot to this story that the public might never get to see or know and it could involve top secret technology, and secret back engineering of craft's that have been retrieved from places around not just the USA but also around the world?

I strongly believe that.

Those round silver Disk craft's we see in videos from the 60's onwards (possibly early 50's) and that are in the research phase but never "ever" make it to any kind of public service. Let's just get that fact out there. I wouldn't even like to estimate how much public money has gone into these programs with no return for the public? There's so many examples of Disks that have turbo fans or thrusters, propellers mounted inside cages etc with pilots that have helmets on straddling it.

Seriously, you've all seen the countless many, many research videos from either leaked videos, declassified military videos and videos from research programs showing Disk shaped craft's in hangars, sometimes in the desert and every now and again locked into a jig set up with it actually hovering in mid air, an electric wire coming from it with a pilot in the seat?

Everyone's seen it, so where's the technology from them actually gone?

What's happening to all these craft's that most of them - if not all of them got to the flight stage. Why aren't they in service in the Air Force as inventory... None of those research programs (looking back on it) ever made it to the Air Force so how did the people who ran these programs secure funding for another one when none of them supposedly have ever worked?

We only have their word for it.

The last one failed, the one before that failed and so on etc. I say that confidently because they're not around, we don't see them anywhere so they all failed. But yet they all got funds every single time. But, the twist is that we see Disk UFOs, we see round UFOs or triangle shape UFOs. I think it's more than suspicious and don't forget that we only saw the ones that we was allowed to see, there could have been a whole fleet being made at the same time based on the technology from the Disk craft which came before the one they're working on at the time.

This white Disk which eventually disintegrated on impact in the video hasn't been identified as yet? Was it part of a fleet is probably the right question and just because we don't see them doesn't mean that they don't exist. The ones they did make must be somewhere right? There was research (quite a lot) done looking into this white Disk but as to what it is for, we're none the wiser from the day it dropped out of the sky.

It's 50/50 as a UFO or a research and development of aerial craft's. But research for which civilian aircraft or secret aircraft remains the biggest mystery of this whole story.

See, while yes it's very easy to say it's part of a research video which was deliberately placed on a tripod and put where it is, what's it researching?

There's nothing that it fits in with unless you think along the lines of top secret research and development? That definitely fit's the description and as such it begs the question as to why?

Going back decades there's been a lot of research being done into the Avrocar, Disk aircraft and all of which I might add got well into the "done catagory" but then it was apparently shelved...

Then another line of Disk craft's was well underway and got right into the operational stage but then it was mysteriously shelved. And again and again. Always right at the point of finished product they was shelved, apparently.

If we don't know why they started researching and building these Disk shaped aircraft's or why they thought that research and development into these was appropriate at the time then we will never know why they stopped them.

Then a staging of these Disk craft's being shelved was quickly put into place? Where are they now? Was they destroyed? Where's the boxes of research and boxes of parts, tools etc?

Surely there's got to be evidence of what happened to the many Disk shaped craft's that the US Government has paid for over the decades? But not one of these Disks that we all saw growing up has ever made it to the public Air Force!

All I'm saying is that all the Disks, all the research that went into these Disks like the Avrocar for example must have had research done? So why start another Disk shape aircraft research program from scratch? I say suspicious because it seems that money was ploughed into a secret air force that has since excelled in the technology department and gone unmanned.

Hence we could be looking at unmanned aerial vehicle's from mankind and these might not be Aliens at all? We might even be encouraged to think that it's Extraterrestrial craft's? When NASA cameras catch a UFO sighting and it does nothing it might be because it's just another secret research program and NASA has an obligation to turn the live TV feed off?

It's a very good theory, but only one of many.

Here's the epic video showing the white Disk literally hop, skip and crash into the ground: