2 Unbelievable UFO Sighting's In One Night Over Oakdale CA

The eye witness to both of these two UFO videos saw them on the same day. These are a Cigar shape UFO and a double side by side light anomaly.

I've been sent a fantastic set of 2 videos showing very different UFOs but both probably equally just as good as each other. 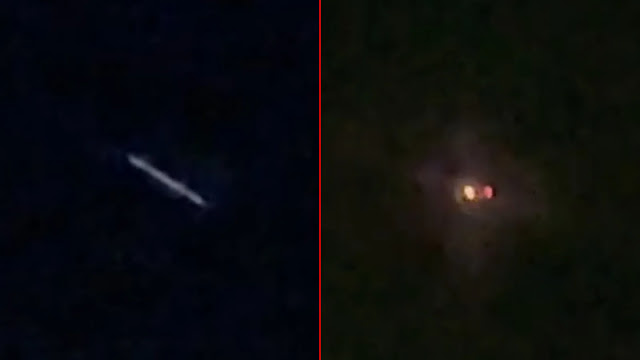 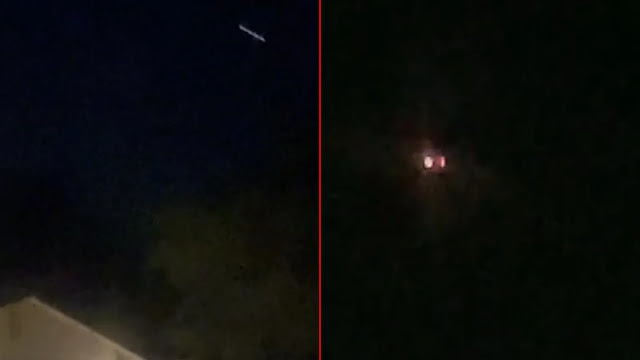 The first one is of a white line (not Starlink) in fact it's a Cigar shape UFO and we can clearly hear the eye witness ask "hey is this a UFO" which technically it is the lady point's it out to the person who is also there but it disappears.

That's a classic incident many people have experienced "I wish you'd have seen it, but when you went to look it vanished" but this instance is all caught on camera! Fantastic.

It's a truly strange sight to see while your just enjoying the evening at home or with friends on your property. I see a hell of a lot of UFO sightings footage just like this where people are out enjoying the evening chilling out, kicking back after work and then a UFO either just appears or the person notices something moving in the sky. Sometimes it's in the corner of the eye.

The camera phone is whipped out, and it's on. Here's a perfect couple of examples of this but these aren't your typical UFO sightings, these one's I'd say are out of the norms and not the run of the mill UFO sightings at all. For one thing there's a lot of definition to both sighting's.

These have either long bodies or multiple different colour light's with one of them, the double UFO light's we can see a haze type of aura (maybe it's nothing) around the UFO. The second video for example is a mix of an orange light with a red light right next to each other side by side.

Here's the witnesses statement that was sent to me along with the videos, actually the statement came a couple of days later:

The first one I was headed to a gig in the north bay and was outside house in Oakdale CA, USA. 9:15 pm October 29 I spotted this weird ufo. I thought it may be space X but it’s connected. It disappeared in front of my eyes.

The second one was about to head over the bay bridge later that night. Around 2:00am after a gig. This ufo was dancing around moving erratically. I thought maybe a drone but after seeing many ufos that resembled it, I quickly believed it was a UFO. I felt as if it we’re following me because I saw it two more times afterwards. I had very vivid dreams that night.

Without any doubts, these are both strange anomalies that occured on this day. I hope this jogs peoples memories and if you saw anything like this on the 29th October 2022, Oakdale CA USA then please get in touch? To see one UFO is strange but to see two, that's borderline uncanny.

Here's the extraordinary evidence of two UFO videos which I hope you like:

You've got to admit, these are some unusual activity. If you've got any thoughts or information about this or you saw something similar, please get in touch or message is here and leave your comment, thank you so much.