There's up to 150 Fast Walker's being tracked by NORAD every year in the Cheyenne mountain facilities. Fast Walker's are UFOs but a different type.

This is a Fast Walker event that really stick's out. 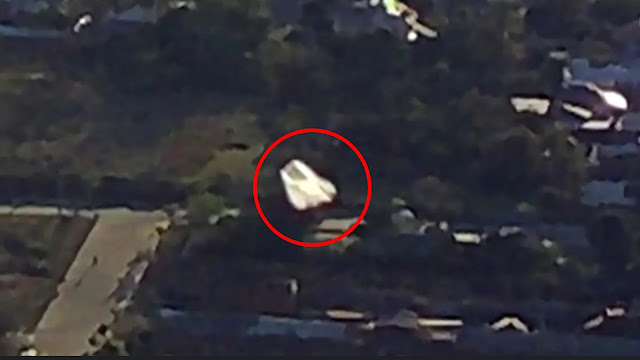 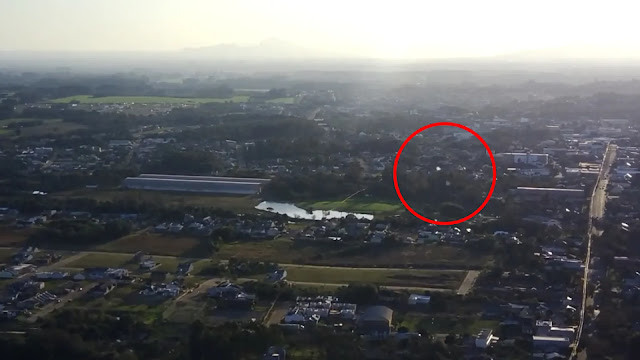 It's actually being filmed from a drone.

What does Fastwalker actually mean?

The term Fastwalker is a NORAD (North American Air Defense Command) codeword which is used to classify UFOs that are seen coming from space and entering the Earth's atmosphere.

If, like me though guy's your thinking hold on a minute, don't thing's only get named and given a codeword if that "thing" has been observed and is real? So, the term "Fastwalker" in and of itself means that at least one UFO has been observed coming in from space and entering the Earth's atmosphere which is why they had to give it a name... That's just my opinion on this. That's also just deciphering or shining a light on the reason for why the term Fastwalker actually or even exists at all?

It's absolutely stunning stuff, and it's eye opening.

They keep on happening and people will keep on filming them. They continue to happen because A, it's a real object and B, whistleblowers and the truth will alway's prevail.

All you have to do is look up these few keywords:

Did you know that Fast Walker's are tracked every year by NORAD facilities in the Cheyenne mountain. I kid you not that up to 150 of these are tracked each year, so what's the odds that it's another country simply flexing it's new technological might? Slim. Because countries don't tend to show technology to any potential adversaries especially if it's in peace time. No matter what because if something goes wrong or one is captured etc then any card's up the sleeve so-to-speak would be lost.

Maybe billions of dollars worth of research and development would be for nothing. The aim of the research and development is to gain an advancement over your perceived enemy, not to give them the opportunity to level the playing field or even surpass them! So, the likelihood of UAPs, Fast Walker's being a country's advanced aerial technology... Slim.

I'll come back to just one mind blowing fact about something which is usually overlooked. That everytime I read up on this it blows my mind.

Voyager 1 is 14.6 billion miles away from Earth and not only is this the mind blowing fact I was writing about just then but in it's own right, we're still able to control it.

Yes, you read that correct.

We're predicted to still be able to control it for the next 10 year's! We're constantly updating and recieving information to and from Voyager 1 and it's actually left our Solar System. It's the furthest away from Earth object that's man made. We are still able to control it, in fact there's talk about turning on it's camera which it was purposefully put to sleep to conserve power. Put to sleep! Here's a tiny quick quote from the NASA Jet Propulsion Laboratory website regarding "can we turn on Voyager 1's camera?"

It is possible for the cameras to be turned on, but it is not a priority for Voyager's Interstellar Mission.

Okay, your looking at this and possibly your thinking how's a small UFO type of object going to change history?

If WE can control an object that is 14.6 billion miles away, I think it's conclusive that any Extraterrestrial entities out there could control a satellite or probe aka UAP from 14.6 billion miles away too? Let's just remember that this is 1970's technology and we can still control it. ET would have no problems with controlling something around our neck of the woods.

Read up on NASA's Voyager 1.

Guy's seriously, you must read up on NASA's website about Voyager 1 and 2. But keep in mind it's 1977 technology between August 20th, and September 5th.

Getting back to the UFO sighting.

For starters if this was your UFO video which you was responsible for catching this on camera, believe me your attitude would be that this is going to the direction of the wind itself and possibly cause the Earth to rotate backwards!

In other words, it's only until you film a UFO sighting that you can even begin to understand how much it changes your thoughts towards UFOs, Aliens, secret technology and classified programs around reverse and forward engineering. Basically that means you can reverse a UFO all you want but if it's not designed for your butt, you aren't going to fit!

Forward engineering is making reversed engineered craft's fit humans, fit any and serve our needs. Think of it as an upgrade, an integration of minds and proxy team work! Or "restructuring of limited resources."

Look, I'm trying to be funny or sound like I have a huge clue as to what this is? It's a UFO, I, just like you have access to the same amount of information, the same amount of knowledge about these UFOs, UAPs, fast walker's, Tic Tac UAP's or whatever you personally want to call them is out there it's just finding it.

The US Government pretty much decided to call them UAPs Unidentified Aerial Phenomena which not long after they didn't like that so they're now called Unidentified Anomalous Phenomena and the whole reason is because of the stigma attached to the acronym UFO.

The US Government just decided to call UFOs by the acronym UAP does that mean anyone can call them anything they want to? The information hasn't changed, we already know that the Government has lied for a long time, so don't be fooled by this magic trick of changing the name because if they change the name, everything that comes out from then onwards has the illusion of being brand new information!

UFO researcher's have said for the longest time that the US Government and branches of the US military and security services ie CIA and other well known agencies with acronyms (letters) have been covering up the whole existence of UFOs for over a half of a century. It's common knowledge.

If you discovered something historic and very important in terms of UFOs, would you release the information within the same week!

That will not happen in real life!

You have to admit, their illusion is working on most people because it really does look like this is the very first time the Government's have ever heard about them.

It's a truly clever trick.

The former Canadian Defence Minister Paul Hellyer is the highest ranking Extraterrestrial entities believer! Does any of this ring a bell? He was the defence minister as well, the department of Canadian Defence broke ranks and told the world that Aliens exist!

So, when we think about "what's the truth" you, me and everyone else should start with what you yourself believe?

Beliefs, they don't necessarily add up to the truth you'll find it's more of an opinion or an idea. But, scientifically speaking critical thinker's tend to base beliefs only in facts. Ideas and opinions are just that. But this type of person you'll find cold, very stand offish and probably the dry humour (if any at all?)

Because if your waiting for more information before you make a decision, guy's you've been looking for how long now? Do you have any time frame in mind about when your going to make a decision...

Don't wait to be told to, just weigh up your beliefs, what interest's you, and what makes sense to you and tally it up with rational thinking. Make a start and don't wait for anyone to tell you Alien life exists.