In 2019 a huge electrical storm in Alicante, Spain was massive and raging. Someone apparently filmed this and also NASA now is looking into this UFO.

Guy's I seriously would like your help with this supposed UFO sighting from 2019 Alicante Spain as I've got many different doubt's about this. 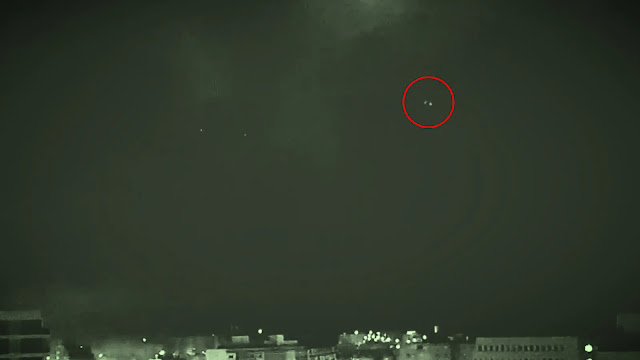 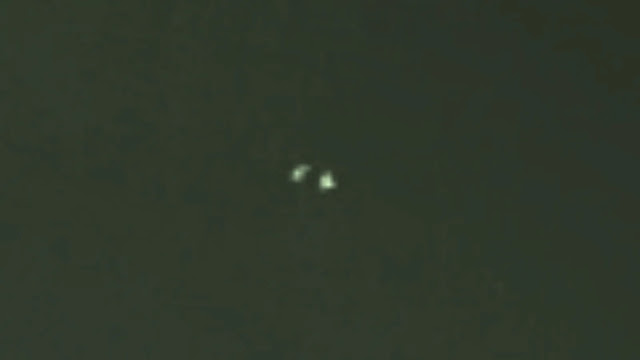 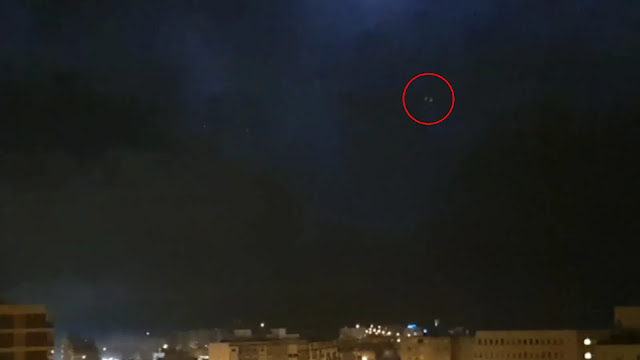 There's no evidence that NASA looked into it investigated this UFO sighting over Alicante, Spain on 14th September of 2019.

It's a Silver Flying Saucer which was filmed over Alicante In Spain, during a huge electrical storm in the early hours of September 14th by Alejandro Molla. It states in this news article "NASA has not made any statement regarding the UFO investigation." See here for this which is Exonews.

On the front of it, it's a truly bizarre flight path that it's taking which is the whole reason why I started to have my serious doubt's about this as it dart's back and forth almost as if the electrical storm is being filmed, but then it's been added using software, using a pen to scribble back and forth a "silver Flying Saucer graphic..."

I turned up the hue and contrast and turned down the tint, saturation, turned up the fade, sharpen and vignette. I then turned down the highlight and shadow and I'm doing this as I'm watching the screen bring out the Flying Saucer more and more. So I just continued till it got clear. Yes I was winging it.

I'm watching the video as it's literally getting clearer until it's pretty much as sharp and clear as it can possibly be.

With the screen looking green and the object in the screen looking clear I pressed play and it looks so fake strange. If NASA did ask for a copy of the original video I'm sure NASA could and would have done this and it's gonna show itself for what it is.

I don't believe it's a real UFO sighting because I've only ever seen an object moving back and forth like this at normal play speed in a video while moving the text deciding where to put it. If you drag text back and forth on the screen while editing the text for a YouTube or Instagram reel, you'll know what I mean? That's what the UFO looks like and that's why I don't believe it's a truly real UFO sighting.

But I understand that I could be wrong and that's why I need your help please guy's.

But then on the other hand supposedly NASA is or has reportedly got in touch with the Spain based news agency Agencia 6 and the Express and asked it for the original video. But, let's just stick to the video because that's just words and that could have been made up. Here's the quick quote from Express:

Since the recording Spanish news outlet Agencia 6 (A6) says it has been inundated with requests from UFO and weather enthusiasts since sharing the clip online. In addition to public interest, A6 claims it has been contacted by NASA, who asked for the original clip in order to investigate it further.

Do I let my head or my heart make the call on this one because I'm looking at the video and it genuinely doesn't look right. But, I'm also thinking that NASA has been in touch according to the original source of the UFO sighting? Which one do I believe, what would you do about this one guy's?

I'm going to add the video showing it in colour how it is, then I'll be adding the video with the hue and contrast, saturation etc all turned up. It makes the screen look green like it's filmed in CCTV night vision. But all it is, I've just turned up the filters in Canva. There's a striking difference between the two videos believe you me.

So, "what to believe" and what to say about this? I've tried to look up the NASA study into this from 2019 but I can't find anything. That doesn't mean there's nothing to see or that NASA hasn't been looking into this. It just means that I couldn't find anything with NASA been involved.

The Olive Press stated something very eye opening about this:

An edited version of the footage has now gone viral with reports claiming NASA are looking into the sighting. The video appears to show a drone-like craft swoop down from the clouds before hastily retreating into the storm.

Apparently a student asked for the footage to take a closer look and what we're seeing is the results... Hmmm, I've still not found any information from NASA that they're looking into it!

Guy's, everyone covered this from the Express to the Sun, Daily Star and many YouTube channels. There's to many to mention them all. The only thing NASA has done recently is announced that they are forming a study group of 16 Individuals who are going to investigate the UAP disclosure.

Here's the video which I've added the original video first of all, then the closer look video, then the cose up look at the obvious hoax with green filter:

This is the YouTube video, "the Alejandro Molla Alicante, Spain Flying Saucer video" below: