Group Of 4 UFOs Just Appearing From Nowhere And Disappear

The Instagram account that uploaded this UFO sighting is Close_encounters and states on there that the location is unknown as it's from an airplane.

The video say's unknown location but it's definitely somewhere over land and it's being filmed from an airplane window.

The music makes this sound really weird and probably makes if feel eerie but that's the effect which a good soundbyte can have on a UFO sighting. 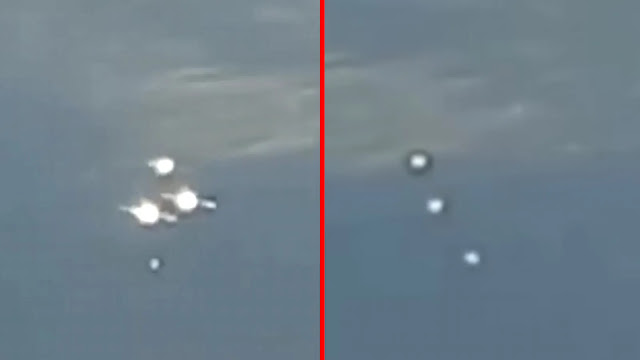 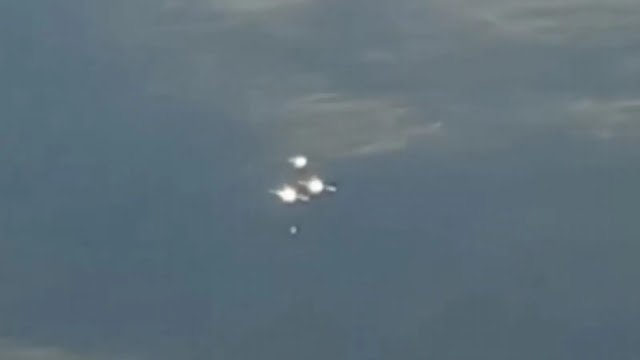 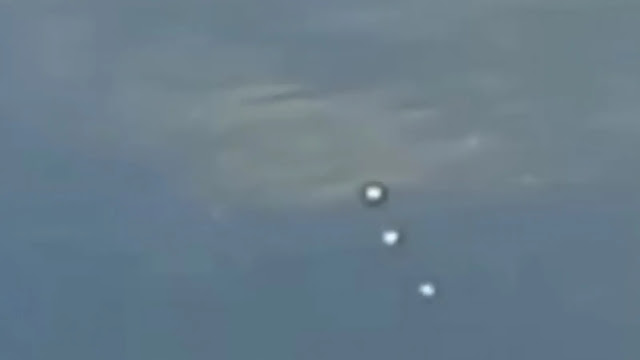 The first 4 UFOs literally just appeared from nowhere and then they stayed for a brief moment and then they disappeared. Was a portal involved?

I've been looking into this for a while now and everytime I look for info on it, there's nothing except for the UFO sighting itself. So, I leave it and after a couple of days without seeing it, I come back to it and it still has that real, genuine look about it. Which, by the way is why I decided to write about it in the first place.

Some copy and pasted UFO sighting's look sloppy or as if it's a reflection off another screen just out of view. But this doesn't have any of that.

It's a strange situation because I'm not up to date with Photoshop as I don't use it, so all I can do is go off the information contained and everything that I can find out on this? What I'm seeing as and when I come across a UFO sighting usually leads me onto more information and so on and so on. Or, whenever I'm being sent a UFO report, I have to rely on what looks right then the information contained within the video and the info that comes with it. I suppose that the more genuine a UFO sighting looks, the better. Researching the timelines, GPS, dates, time's etc and the screenshots and cross referencing all this info with the huge internet archives.

It can produce good results. But there's nothing on this one.

It's like facial recognition but for any image and it identifies what's in the image and if it's been uploaded to the internet somewhere and in the past it show's us where and when plus who posted it. That's the theory anyway's? Google Len's, that's a very useful tool for anyone looking to identify where it was last seen, if it's been filmed by anyone else before and it could rule something out that might give us a clue to the first time it was filmed?

This type of information is good, in fact it's crucial but the best part is the UFO sighting itself.

If we didn't report a UFO sighting video because we can't identify where it was filmed or who filmed it then we're robbing ourselves of the UFO knowledge. I understand that some people don't want to be associated with a UFO sighting for a whole host of reasons? That's totally fine, in fact it's okay because the crucial part is that the eye witness knows how important the UFO sighting is to Ufology. And deciding to report it anonymously "anyway's" is fantastic.

Unless you can quickly count this group of UFOs seemingly just appearing "possibly from a portal" or something else as yet unknown to humanity that would be great. I counted 4 initially and then another 3 just at the end of the video underneath the first spot where we saw the first 4. There's another 3 UFOs in a row or in a line and these are white Orbs.

The first 4 UFOs are craft's of some design I've not seen before.

I've never been privileged to have seen a UFO sighting myself but I'll probably see one, one day?

I've recently been sent quite a lot of UFO sightings actually filmed from the windows or aircrafts. I've never seen anything like it whatsoever before, something's up! There's a glut of UFO sightings or, or perhaps people are just more inclined more than ever before to report a UFO sighting?

People are more ballsy than ever now, everyone's more awake and people are listening to their own opinion! That's absolutely brilliant, incredible even. The fact that the US Government has released a few UAP videos has definitely made an impact on people as well. But, we can't take it away from people that they're ready now, they're ready to confront the UFO question!

"show us them Alien's" I remember seeing this in the news thinking OMG, the Americans are gonna uncover Extraterrestrial entities in Area 51, how ballsy is that! People won't accept the old rhetoric of "it's above your pay grade" or pretend that nothing is going on even though UFOs are real, on the rise in numbers and we have collectively realised that if UFOs are real, then that means Aliens made them!

You can stick with the Government stance that UFOs are real, but we don't know where they're from, lol. Which absolutely makes about as much sense as gobbledygook on a Friday morning at 9 pm.

The airplane is flying high, it's a clear-ish day with this group of craft's just appeared from nowhere! I'm just going to let the video speak for itself. It was uploaded to Instagram by Close_encounters.

So, without further ado, here's the extraordinary video: