There's a fantastic UFO sighting over the UK that is a white Pyramid shape and it looks absolutely amazing and real. It occurred in 2006 in the UK.

There's no doubt whatsoever that what we're looking at here is "extraordinary in nature and whatever it is, it's physically there, it's being filmed.

It's 2006 and the Adobe Photoshop or anything else that we know now, couldn't manipulate any kind of code to the standards that would be needed to pull this off. 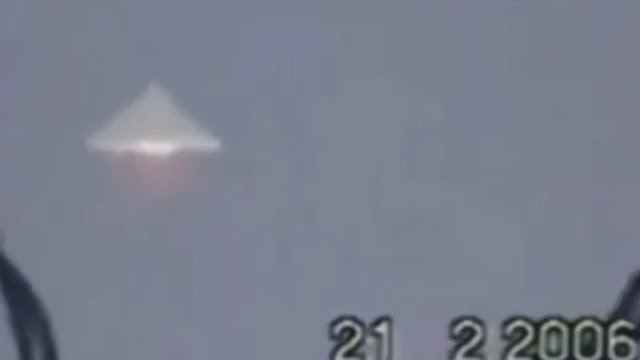 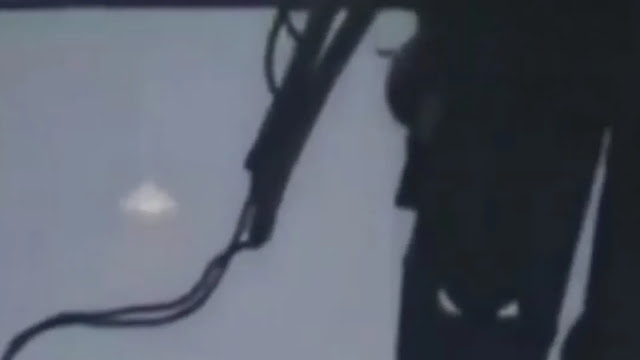 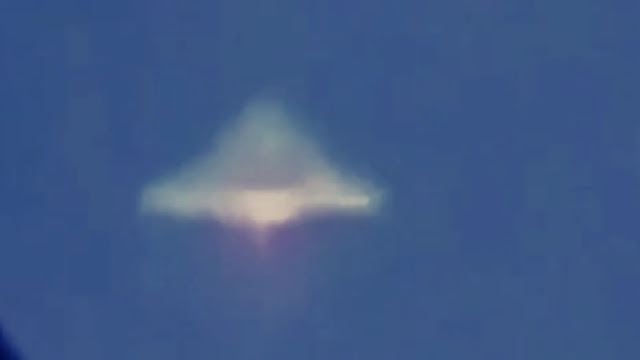 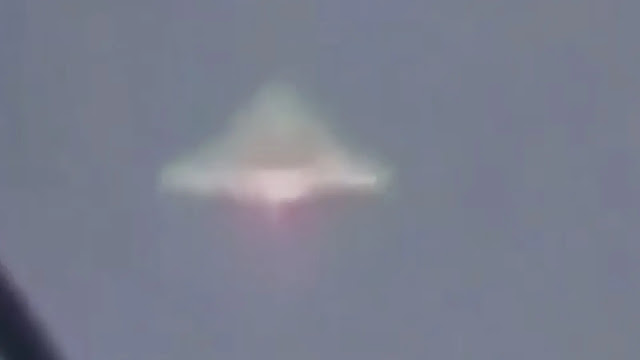 I've gone through this video that much, I've noticed that the front tyre on this car is flat!

That's how much I've analysed this video. The craft looks white, but I think it's silver and the light is reflecting off the craft? I'm really, really convinced by this one guy's. It ticks every box. And my gut feeling is telling me that this is real.

The ancient car in the video looks the part, the whole video has an air of realistic feel to it. And that's without a gut feeling that's telling me it's real.

The video description that came with the video just says that CGI didn't exist in 2006 or did it? Well, actually Adobe Photoshop came out in 1987. It started selling licence's in 1998.

Adobe Photoshop, computer application software used to edit and manipulate digital images. Photoshop was developed in 1987 by the American brothers Thomas and John Knoll, who sold the distribution license to Adobe Systems Incorporated in 1988.

Even I know that anyone can get a simple basic filter and add it to the video which could answer the reason why the date is there "now." But the car that's an expensive prop. Also the zooming in is sloppy, it's jerking, it's way to fast which is how it used to be and it's definitely not smooth as it is now.

Video editing used to be on cameras (that I can remember) it used to have extremely basic (that's an understatement) editing button's on the camera itself but only for the date and some examples you could add a few words at the beginning and at the end ie introduced by and by so and so. An intro and outro.

But that's absolutely it and people really did think even that was mind blowing or very technical. I kid you not, early 2000's was a none technical era. The actual camera itself doubled up as the UI because it's the only place that you could edit the words onto the video as there wasn't an external UI anywhere. Nothing like that really existed, yet...

But now, everything and everyone has one, two or three maybe four or more "multiple user interfaces" everywhere. Nowadays we can edit practically anything and anywhere? The train, planes and automobiles saying definitely applied to this. To do it straight from the large bulky cameras was revolutionary and yes, you really did feel like an engineer.

You better believe that!

So, adding everything up, taking what I know all into account about the year, the technology, the look and feel of this and also the car. Knowing that nobody is profiting from having a car in a video and that the likelihood of it being staged, taking all that into account "I'm gonna say that I think it's a genuine craft." I mean, why, what and or who could possibly stand to make a fortune from this short video?

It definitely doesn't compute that someone wants to fake this or even any reason to fake this. Nothing comes to mind and apart from any and all that, there's no motive whatsoever that I can figure out as to why someone would go to all these lengths just to have a video at the end that would (to make) it would cost thousands of dollars to create.

The car alone believe it or not is what car aficionados of the extra rare rubbish types would pay a lot of money for. Recreating their first car love or the first car they went across country in etc. Only a couple of thousand dollars but still, even if it's just one thousand dollars. That means it's an expensive hoax. Yes, it's true.

Paying for props to hoax a UFO sighting is next level faking UFOs. And the reason why we don't see fake UFO videos with props in the video is because it costs money, and like I said "there's no money in it" so that's why the only fake UFO videos that we do see, is a camera pointing up at something anyone can create in Photoshop.

Probably as an editing excercise as part of a university degree in editing for course work and someone's taken it out of context? Film school, they do a lot of film editing stuff as part of course work and yes, UFO sighting's do get made that way as an example to see creative work unfold and testing newly learned skills in lighting effects or placement of props and stuff like that.

But this, this is way to good for anything "created by man or woman" because there's nothing whatsoever that I can see which suggests that someone's created this. Period.

But, like anything else - I could have missed something as I'm not perfect, but I'm thorough if anything.

So, if you see anything else that you think might indicate it's a fake UFO sighting then please share it with us in the comments section below, cheers. Also guy's, I've added the share buttons at the bottom so if you could share this post, I'd appreciate it thanks.