There's a definite artificial structure on Asteroid Eros that is a boulder, according to NASA. This could be evidence of ancient mining equipment.

This is one of those mind blowing thing's that you show your friends and family and say look at the screen, pointing to it and saying "that's real evidence of Aliens in space."

But, then you get that same old "sigh" or that same old look "yet again" from the people who you wished the most, would understand. 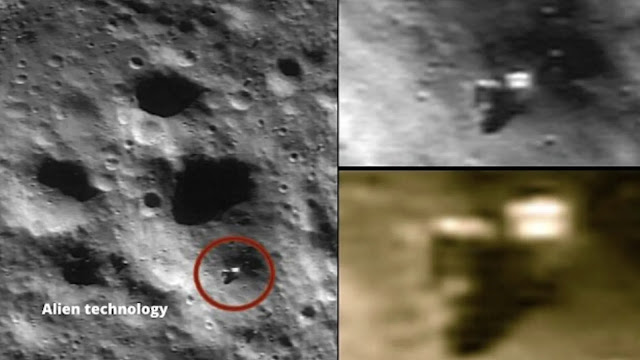 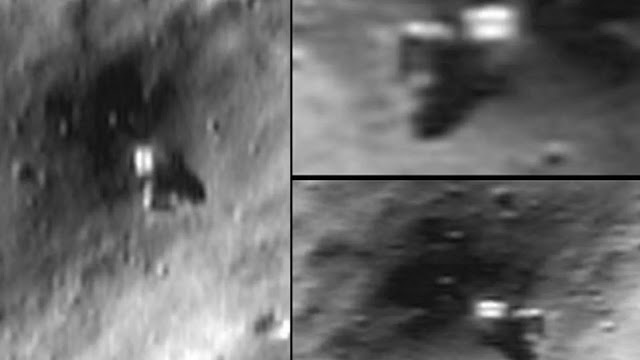 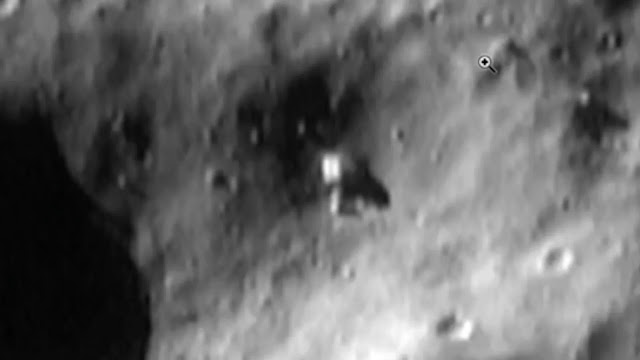 NASA: This image of Eros, taken from the NEAR Shoemaker spacecraft on May 1, 2000, is among the first to be returned from "low orbit." Can you believe that NASA say's publicly that this is a boulder, a rock on Asteroid Eros.

You have fantastic interests other than the Royals or Soccer and Cricket. It's what makes people different and interesting, it puts the interest in interesting. By having various different like's I believe that's what bring's people together.

Being part of a melting pot of ideas and opinions is great.

I mean, it's only speculating on what is actually there, right. Asteroid Eros has got a very unique and stunning formation on it. Your not making anything up, it's not an exaggeration or something else like that because it's actually there and anyone can see it. It's a straight up structure on Asteroid Eros and to boot It's in NASA's own archives for the full world to see!

I suppose that I'm starting to come round to the thinking that NASA just documents the UFO sighting's, it documents the structures on asteroids and adds it to their huge archives. But is it covering it up? Is it burying it and their head's by inaction. I think you'll find that it's supposed to at least speculate on it. Saying that it's a boulder technically is speculative information but it's not a boulder which is abundantly clear!

It's possible evidence of ancient Aliens mining the Asteroid. But what are they mining because let's face it, what's important to our manufacturing industries and engineering complexes might not be important to Extraterrestrial entities and their everyday lives...

What we use to build structures on Earth is be bricks and mortar but in space there could be an altogether different "needed" material. And that's because of structural engineer challenges. It's space after all and Asteroids are open to the nothingness of space. Barrier's are needed big time either to protect against radio waves, solar waves, radiation etc. Different combinations are needed to create protective insulation against everything space has to offer.

The ISS is testing new materials and techniques for living in space in different places ranging from high protection during spacewalks and while sleeping and normal clothing.

Buildings, now here's a challenge. But what if there's already a mine, what if there's a long abandoned mine on an Asteroid like Eros? Would it be worth looking into? Does the materials that "might have been mined" have any uses now? Will it have a use?

But I'll tell you now, that the thing on Asteroid Eros (the stone rock, boulder) has all the hallmarks of it being artificial in construction. That's just the way it is from observation. Looking at it from every angle has the same result, that it's not a boulder. Granted that doesn't mean it's an Alien built structure. It could be an ancient satellite that crashed on Eros? It really could be a natural formation though like a rock, a boulder. "I suppose, but It's unlike anything else on Asteroid Eros though!"

Which tells you everything you already knew, that it takes a certain opening up of the mind, to understand it.

Here's an extraordinary video which shows this structure on Asteroid Eros:

If you've got any thoughts on this post, please share it with us in the comments section below, cheers.

For many reasons unknown to me and many other's, NASA has never acknowledged the existence of UFOs. Hopefully one day they will.

Because of the stigma attached to UFOs the US Department of Defense thought that UAP or Unidentified Aerial Phenomena sounds better. They actually changed the acronym again to Unidentified Anomalous Phenomena.