A UFO was shot down by the Russian military. Their air defense systems was able to get a lock on this UFO and it took it out. UFOs are real now.

Okay, I've been looking into this (sideways glances) but not in my usual full time, staring down at real information.

Normally I communicate with an eye witness or there's a human being somewhere along the line who can either be contacted or at least that I can refer to as a real person. 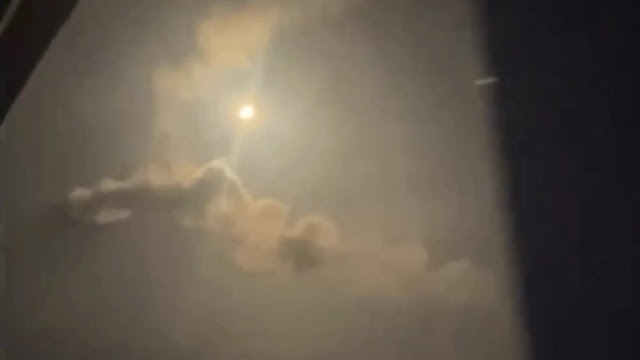 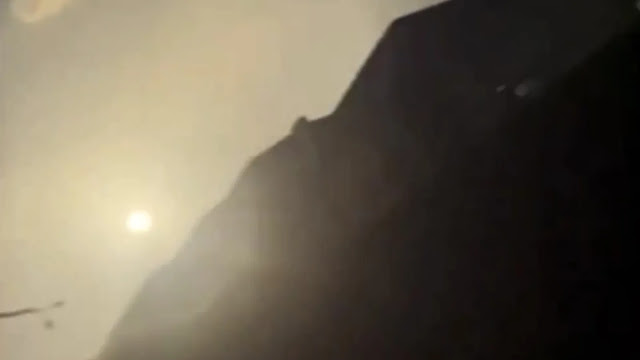 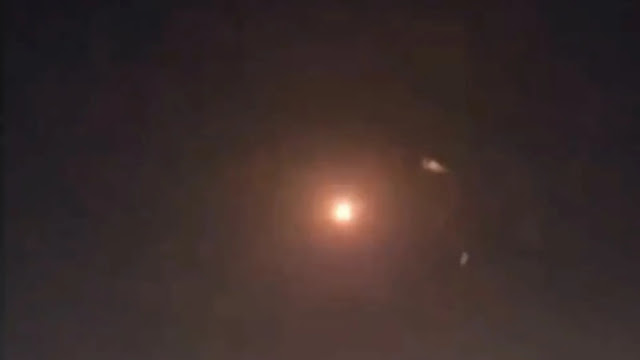 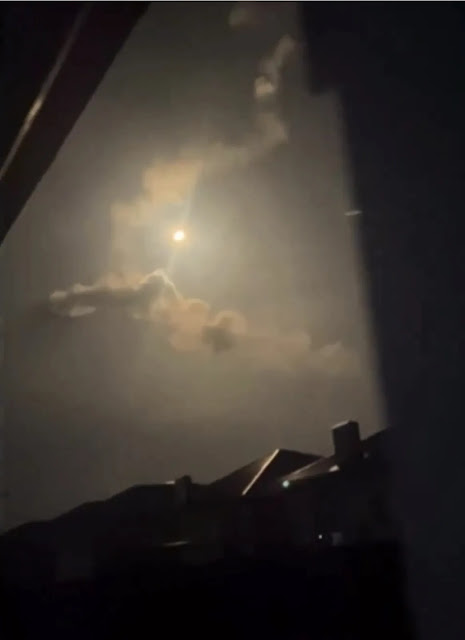 There's 2 perspectives here, one video (the first one) films the UFO from below and the second video shows the view over the city when the UFO is shot down.

But this is far from that, we're talking about a military taking out a spherical shaped ball (I'm paraphrasing local media) and yes, I'll admit that it's weirdly specific because I was expecting the usual "silver Disk" shot down.

So, my imagination piqued when I heard that it was a ball which (Puke-in-a-tin) or Putin as "it's" known as, his nasty henchmen took it out with their air defense systems with one shot! Yeah right, lol. It's been proved that most military personnel are all drunkard's. Life is sacred, not to be dismissed on a whim by one man's swipe of a pen!

I mean everything about that just sound's insane. No one man should have so much power.

Please stop. For what it's worth, well it's worth the world to everyone decent human being.

First time shot, hole in one, the Russian military... Are you sure? Check that again. Hmmm, I double checked and yes it's apparently true. Russia does get lucky with their Victorian era technology. Apparently.

A "UFO" was taken down by a Russian anti-aircraft weapons system in the Rostov region of southern Russia.

The UFO, which witnesses defined as a "small-sized object in the shape of a ball, or sphere of you like" was spotted flying over the village of Sultan Sala in the region's Myasnikovsky district, at an altitude of roughly one and a half miles on Tuesday January 3.

Vasily Golubev, the governor of Rostov Oblast, first announced the news on his Telegram channel. The Rostov Oblast is located along the Sea of Azov.

Guy's I'm not even going to start writing about Puke-in-a-tin's invasion. I obviously watch a lot of news (who doesn't) because it's everyday around the world that UFOs are making the headlines. I research, actually that's a bloody understatement! I'm constantly "constantly" researching UFO sighting's from here to there, back again and I just wash, rinse and repeat. I love learning as much as I can about anomalous phenomena.

So, I managed to track down the "supposed UFO video" which as it turns out I was able to get 2 videos one from one angle and another direct on over the city. We can see in the second video that there's definitely something being "delivered to the ground" in a thunderstorm! Basically, it's been shot down. That's a video and a half if it turns out that it is showing a UFO. It's what's been tagged as "thee" video of the UFO. So, until we either learn more about it or until it's been paraded around Moscow we have to rely on our common sense. I managed to find 2 videos of this encounter.

It's a hell of a lot more than what other UFO researchers are producing.

Here's the extraordinary video, at 52 second's we see an explosion over the city: