The Best Triangle UFO Footage On CCTV For An Hour!

There's UFOs everywhere and flying so low that you could see into the craft. This example of a triangle shaped UFO was flying over Huddersfield in UK.

WOW, here it is "finally" we've got what can only be described as "the one", and it really is the absolute best evidence of Extraterrestrial craft's operating in Earth's atmosphere.

There's some day's when I get disillusioned with Ufology as a whole but then there's great day's when everything's renewed and right with the world. 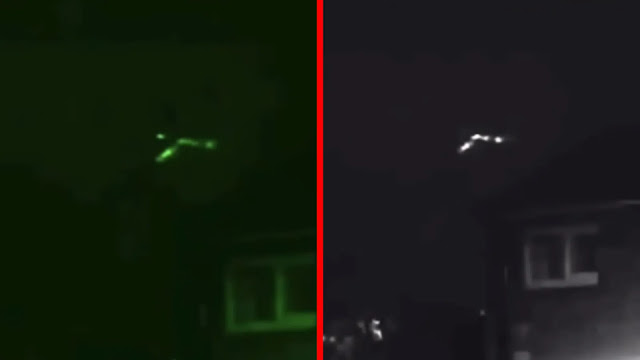 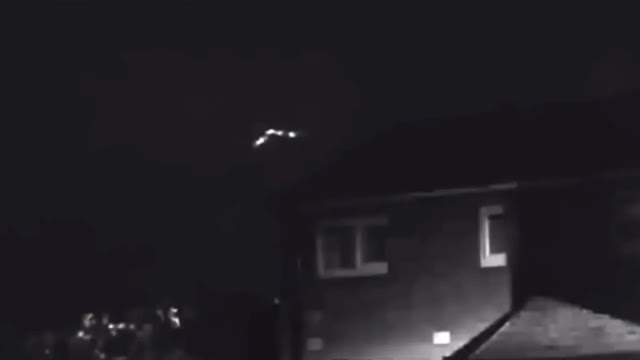 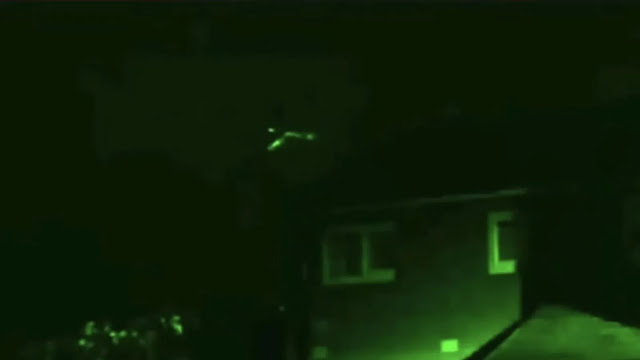 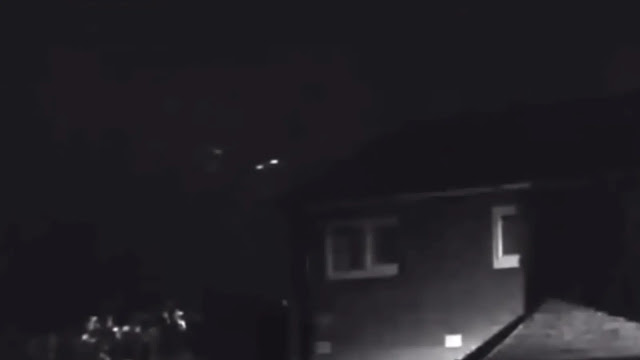 3 UFOs in total, there's one triangle shape UFO and 2 UFO Orbs flying over people's homes in the UK.
When you write about UFOs for a living, (a modest income by any standard's believe me, barely scraping by) you remember that your doing it for the information, the fulfilling of a lifelong dream which has become a learning curve.
This was on CCTV for over an hour in Huddersfield in the UK!
Thing's like this UFO sighting really do make everything seem worthwhile. Seriously, when I see UFOs or craft's like this one it gives me that instant feeling of it being real, I remember why I decided to make it my mission to get answers.

There's the main triangular shape craft and then there's 2 UFO Orbs flying closely behind it. This was all caught on security cameras. The person who reported it was a person referred to as Rake.

Sometimes I lose focus on what's important in life. It's easily done and being happy is easy to lose sight of because of the current status of the world! Learning is a refuge for me, it's a safe bastion of constant knowledge being fed like on a conveyor belt of life. (because I love learning) or being

Mainly, the answers come via UFO videos, not the normal way to get answers like being told "lol." Waiting for the very people whom actively cover up UFOs to tell me that they're real is NOT my kind of answers! Some of them "folk" shall we call them, can't even walk straight let alone give straight answers.
Straight up answers are few and far between. Lies covering up the truth disguised or hidden inside double speak which is basically linguistic gymnastics (is what they call it). Wording specifically designed to cover up a subject or topic truth through the clever use of language or "double speak".
The ISS live feed is an excellent example of this. When the screen cuts off because a UFO has come into view. You'll see the infamous message on the screen "we're experiencing technical difficulties" on a blue background. That's an example of lies pausing as the truth. Clever linguistics or "double speak."
A cover up.
It's designed to sound plausible, like the truth but it's just empty words just pausing as the truth. Language that comes across as the truth, as thoughtful while offering nothing! An explanation opposite to the when it's nothing but manipulation of the truth, a twisted dialogue through contemptuous

Why the blooming hell would I be waiting for NASA to tell me that UFOs are real? It does not make any sense. Well, it does if your a selectively picking answers from various sources I suppose to get an overall answer? It's wrong, it's very devious and upside down but whatever works for you I suppose?

The cameras filming the craft at night time and it looks like it's black and white but that could be because it's night time? But then it's switches to green night vision camera footage and it's lit up like a Christmas tree. That's when we see those 2 small looking UFO Orbs following behind slowly. It switched back to black and white and again, we see the UFO Orbs "just" above the rooftops of the house in the right hand side of the screen.

The camera footage is sped up and that's when everything becomes a lot more clear. The craft (triangle shape) is flying just above the treetops and that's probably on purpose. Is it keeping out of reach from radar? Is this an important area (Huddersfield) ie militarily wise or research and development engineering wise, maybe?

If it's secret facilities then I don't expect anyone to know or to be allowed to say anyway. So, we might never know what it's traveling slowly for and why it's specifically at that height in that specific place?

This has got all the hallmarks of it being a real, genuine UFO sighting of epic proportions. If it's a hoax, if it's been filmed by prankster's then Ufology is definitely doomed because it's UFO sighting's like this one which suggests that indeed yes UFOs are real, here and active.

Here's the fantastic new video of this fascinating triangle UFO with 2 Orbs following closely behind: