In 2017 a brilliant observer videoed this double UFO sighting over Phoenix in Arizona. This is the legendary city Kurt Russell saw the UFO light's.

Here's a brilliant UFO sighting from over Phoenix, home to the Phoenix light's incident which was reported by Kurt Russell.

Look, even I didn't know that it was the famous movie star Kurt Russell who singlehandedly started a phenomenon all by himself, is there nothing he can't do? 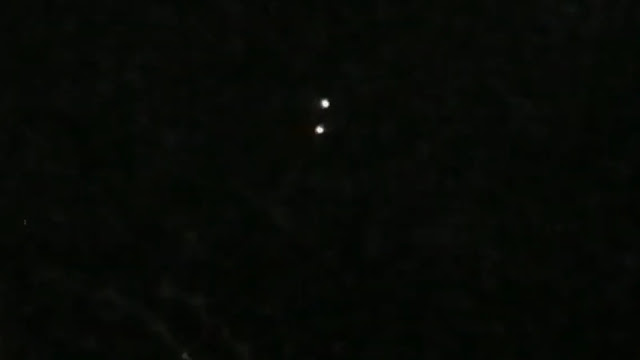 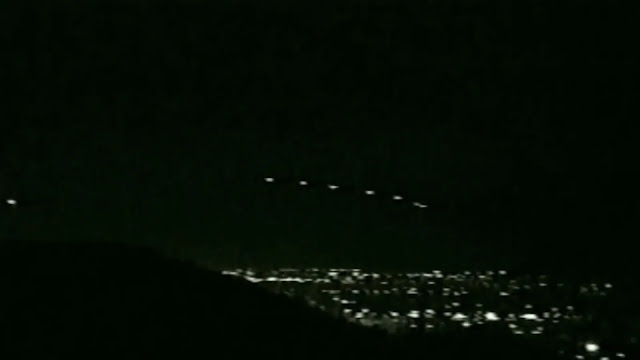 The double UFO sighting was filmed by Kale Kelly of Phoenix Arizona, while he was out walking his dog.

Besides being a fantastic actor, Escape From LA really should have been Escape From Phoenix, can you imagine if it was called that, and he still reported the Phoenix light's, that would have been worthy of a movie itself.

Okay, did you know that Kurt Russell who on that day back in the day, during the day was piloting a small aircraft and he was in the same airspace as the UFO was. This UFO was huge, probably the largest UFO (actual size) of the time and to be honest I'm struggling to think about anything that's as big or bigger?

So, he phoned it in, started a phenomenon all of itself in fact here's a fantastic quote:

In 1997, the "Phoenix Lights" incident was the most-witnessed UFO event in U.S. history (over 20K Kurt Russell say's in the BBC interview he did, with the craft said to be as large as several football fields.

That's many football fields in one UFO. This is unprecedented and in effect, it's never been surpassed to this day. It's not got any UFO sighting that even comes close to this one. Kurt Russell, your amazing, what did you see and what was you thinking, please if you read this leave a comment in the comments section below, I'd like to know what you was thinking and did you have that classic "is this real, am I really seeing this" moment?

You never know guy's, he could read this and leave a comment, it's a billion to one but I like those odds.

Here's the eye witness testimony from his own word's regarding this 2017 UFO sighting over Phoenix, Arizona State, US:

While out walking my dog the other night, I noticed an incredibly bright light just sitting in the sky. It's extremely dark in my neighborhood and airplanes are easily discernible. I stopped for a minute to watch this light and noticed another of equal brightness rising up to the other. It was at this moment I grabbed my phone and started filming. 30 seconds after I stopped recording, the initial light started to get extremely bright and also winked out. I was mad that I stopped filming. Filmed in San Tan Valley, facing in the direction of Phoenix.

There's alway's something else round the corner just waiting for someone to film it. UFOs are everywhere guy's, in all the year's I've been writing about UFOs (prolifically writing) I've noticed that every single day a new UFO will happen somewhere in the world and it will be a great one.

They're here, if there's Extraterrestrial entities inside them is another question altogether? They could be controlled by Extraterrestrials from another planet? Before you dismiss that theory, did you know that the Voyager 1 satellite is 14.6 billion miles away from Earth and we can still send and receive command's! We're still able to communicate with it and it's 1970s technology!

They're going to turn it's camera back, did you know that? Guy's, if we can still communicate with and control, update it's software from 14.6 billion miles away, you best believe that if Aliens had UFOs here they'd be able to control them. So, you see how information is a great thing? We know that it's not out of the realms of possibility that ET could be controlling these UAPs from the comfort of a very, very comfortable chair somewhere out there in the solar system.

We've sent out probes, why can't they...

And now, here's the extraordinary video which is only 1:21 long:

Until Now, we did not know the identity of that witness.

Here is his testimony he gave on the BBC in april of 2017.