Alien Monolith On Phobos Was Put There By Aliens - Buzz Aldrin

This took my breath away because here's Buzz Aldrin admitting to knowing about an Alien monolith structure on Phobos which is the Moon of Mars or the potato Moon as described by Buzz himself. He said: people are going to ask questions when they find out about this, they're gonna say "who put that there"?
Buzz Aldrin has been a sore thumb for the government as he's outspoken and knows things that he shouldn't (according to the government).

I know this news is a bit old now but it is absolutely relevant every single day of the week as if your wavering in your beliefs about Aliens actually existing or if we actually went to the Moon or not, just watch this video and it's straight from the horses mouth that we didn't and Aliens are real.

He's a definite loose canon. As such he's always giving us things that are very close to actually saying Aliens exist.

You see what he say's in the video is that people are going to wonder who put it there, who put that there, well the universe put it there (that's when he starts to back track) when they find out?

Video link at the bottom. Link to our source of information also. 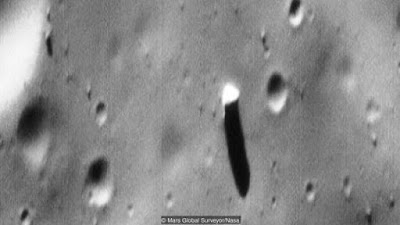 So guy's he's all for disclosure and always pushing the subject but in his own way! He's a loose canon.

But nobody can touch him, he's untouchable.

He changed when he saw the Aliens watching him and his craft on the Moon (if they even went) and that apparently changed his whole views. I want you to watch this video and tell us what you think about it?

Oh yeah, actually he kind of say's that we should go to the Moon where no man has ever been before? But I think he's referring to the Phobos Moon but I can't be quite sure as yet? What do you think he's trying to say because he's definitely carefully and very strategically thinking about what he is saying as he knows it's on live TV. 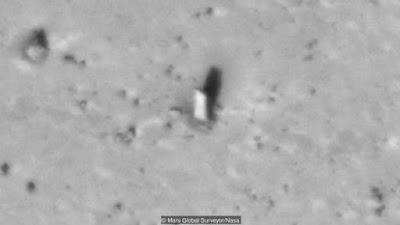 He's definitely in the know of something "Earth shattering" that's quite obvious to see but what, who when and why? Again let us know what you think. 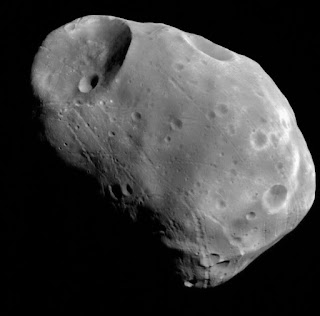 Here's a post I found about it, I'll reference it a little with a link to the actual full post:

"When people find out about that they are going to say, 'Who put that there? Who put that there?'" These are the words of Buzz Aldrin, the second man to walk on the Moon, in 2009. He was talking about a peculiar and solitary large rock, a monolith, that sits on the surface of the Martian moon Phobos. Aldrin was right: many people are vexed by the Phobos monolith. It has inspired all manner of alien-based conspiracy theories and this fascinating discussion on Reddit. It even gave its name to an album released this year by Les Claypool and Sean Lennon Ono. So what is it?

The monolith appears to be a large boulder, variously described as building-sized or 90m tall. It stands in a desolate, featureless region of Phobos, which probably makes the monolith seem even more impressive.

It is not alone. Mars boasts a monolith of its own. However, the scientific community does not see such monoliths as evidence of advanced alien civilisations. The Martian monolith is almost certainly no more than a roughly straight-edged chunk of rock that tumbled down from a nearby cliff. Perfectly natural erosion forces can also explain why Mars seems to be home to a levitating spoon and an Egyptian-style pyramid. Other spooky features, like the infamous face on Mars, do not seem quite so unusual when you take a closer look or view them from a different angle. The Phobos monolith has not, as yet, received much scientific attention.

It is possibly simply a shard formed during an impact event. There is certainly evidence that Phobos has suffered the occasional asteroid impact. Given that Phobos is so small, there is another potential source for impact debris on its surface. Such debris might actually be flung at Phobos from the surface of Mars, as the Red Planet is hit by asteroids from time to time.

Here's a link to the few places that I've sourced as inspiration for this very cryptic message from Buzz Aldrin. He is an avid fan of the disclosure project and he is always trying to tell us about Aliens but always he get's cut off or is asked to not do so, it's a shame.