New evidence shows possible Portals or Stargates filmed from the ISS and this is the most compelling back up evidence for other proof filmed before.

The ISS has caught new evidence for one of a few ideas, Portals, Stargates, Pulse detonation engines or technology which doesn't belong to humans. 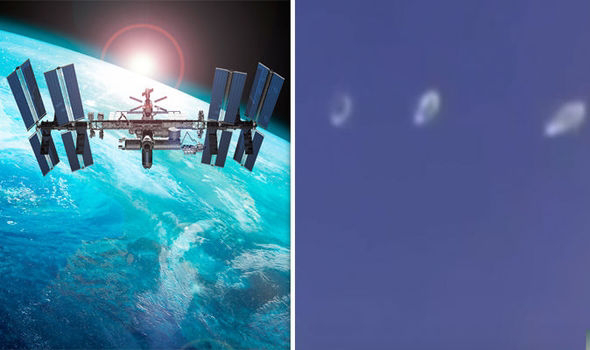 The above image is from Express (link is at bottom) which shows a very compelling image of three white Portals or Stargates and guys, what else are these? I don't think sonic booms or smoke ring cannons can be seen from space, do you! 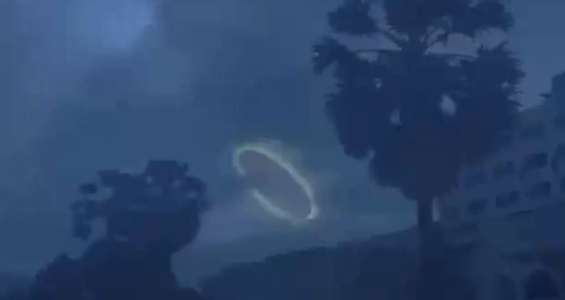 Another amazing round, white dimensional portal (my own interpretation) has been filmed actually opened up in the sky over the Ukraine.
This comes after just 2 days ago when we posted about another dimensional stargate or portal (that makes this uncanny) that was filmed from a plane window by very scared people in the plane.

That video was absolutely terrifying for the people as they did not know what was going on and that thing was huge! When your that high up and the sky opens up just to the side of you but while you're in a plane thousands of feet in the air, imagine what that would be like? 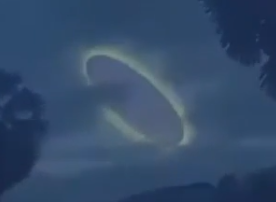 It's now October, 2020 and to this very day, there's no news, no debunking details or anything else like that. So, for me, this really has stood up to the test of time and as it's many years old now, it goes to show that writing down incidents that happen in the world and keeping an eye it for developments is paying off. You will probably agree that the UFOs and the Alien entities "question" really does mean something now. It's not a myth, it's not make believe and it certainly is not swamp gas. Something bloody strange, something otherworldly is definitely going on!
This stargate (again, my own words) is still huge, it's very confusing because nobody is actually sure what it is and also it's opened up right near you and your house, that has to be scary. This actually looks pretty similar to that other one we posted about which can be found here.

I am getting really concerned as to the frequency that these dimensional portals are been seen and filmed? Even though we don't really have any exact information on when these was filmed or videoed and photographed.

But the one thing we can agree on is that these are very scary, confusing and absolutely unusual. They could even be dimensional skygate, portals or even a tear in the fabric of reality itself? Is it where a UFO comes from and where they go back to? There's a lot of what if's and what is it's going around. Questions that I'm trying to keep in the public because if I don't keep it in the publics eye, then who will? Seriously, who wants to be known as the crazy guy who asks strange questions about weird UFOs or white circles in the sky!
Nobody wants to be that guy, ridiculed and made fun of in the comments continuously. Here's the funky part to it, I'm asking questions but it does not mean that I believe this. It doesn't mean that if I ask "is this a portal" that I believe that. It means I'm asking a question because I don't know what it is. How the hell can I believe it, if I don't know what it is.
How do we know that these are portals or stargates for sure?
In this day and age, UFOs are now a fact, the US Government has admitted to programs, it's even admitted to otherworldly materials obviously not of this world. But yet we still have Neanderthals using the same mentality as they were before which is frustrating and saddening. I suppose we can just keep chugging on and supply the real deal on a regular basis and what will be, will be.
The image below was photographed from a plane window by really scared people. It looks just like the one above. It's amazing stuff and very unusual. Link to that post is here. 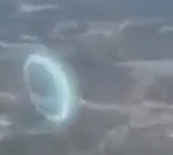