This is a Flying Saucer over water creating what looks like a vortex of water churning upwards towards the UFO. The area that this UFO video was recorded is unknown but the video exists and therefor it should be shown based on that and let the people choose whether if it's real or not? There's a number of things going for this UFO which say it's real like the ability to fake a water vortex where it looks absolutely real is unheard of to get that right. Then there's the shadows on the water and the Flying saucer itself which look real. Overall it looks real but still, im having difficulty in believing this because i'm not used to seeing this kind of UFO at all so based on that I had to post this and overcome my judgmentalness and instead of dismissing it because I haven't seen this before or that I don't like it is absolutely wrong to do that because it could be real so let the people decide. 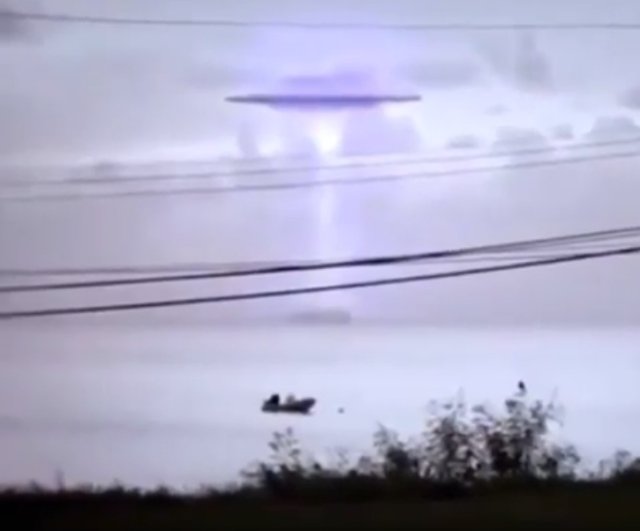 Taking a leap of faith often involves doing something that you don't normally do right? This Flying Saucer if it is a UFO looks really promising but I can't help but think that this is far fetched? I stated in my last post that I have to stop being "judgemental" with UFOs or what I think is a UFO because like I said then, who am I to say what's real and what's not?

Seriously, nobody has a built in "truth detector" for UFOs specifically! Yeah we have common sense and gut instincts and even the ability to spot fakes a mile off - sometimes and that's not just UFOs, you can apply that to almost anything and any situation probably.

So for me, this has the look, the feel and the possibility that this could be real?

But I need your opinions and what you think this is? People are generally curious and interested in this type of stuff (Ufology) because most people want to believe and then some want it not to be real and some don't care either way? 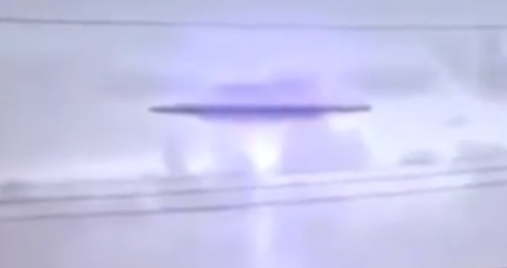 But then there's the bunch that know it's real no matter what because of the research and the stuff over the years they've been given, found, discovered and come across and seen in the skies themselves.


It's you guys that I would like to know from if you've ever come across anything like this before or is this just graphics (albeit very good and very convincing graphics) but is it graphics nonetheless and created from computer software and nothing else?

Overall it looks real but still, im having difficulty in believing this because i'm not used to seeing this kind of UFO at all - so based on that I had to post this and overcome my judgmentalness and instead of dismissing it "because I haven't seen this before" or that I don't like it is absolutely absurd! So I had to post this because it could be real, so let the people decide?

This is why I post this stuff "to definitively know one way or another" and it's usually how developments are made guys.

It's surprising what one thing can lead to, like going from this to a connection between a decades long mystery which has all the same hallmarks etc. They are the things that intrigue me most because seeing a UFO is one thing, but where does it go (if it's real) it has to go somewhere, right? It doesn't just curl up and bury itself on the beach till further notice of instructions!

Here's the video which shows the UFO anomaly:

So, if you can give us your thoughts and opinions guys that would help. If you think it's real can you elaborate and again if you think it's fake please elaborate (don't just put "fake" please) as this isn't helping we already know that's a possibility".


Silver UFO Caught On Video With Very Clear Zoom In. 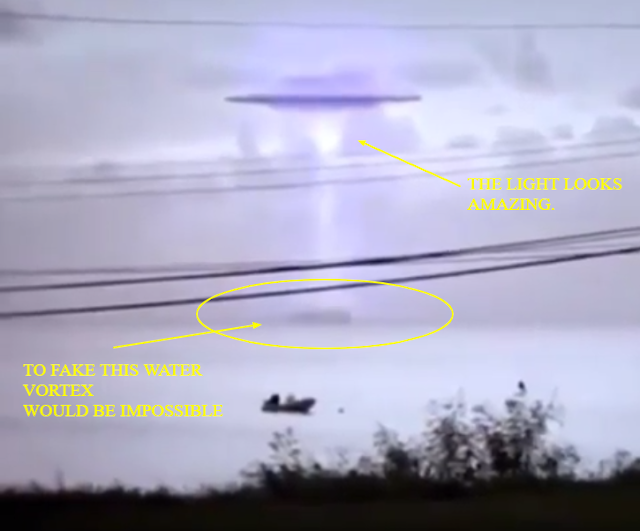 My first good impression from this was the way the water is disturbed where the vortex from the Flying Saucer meets the water. This looks very good and a strong possibility it could be real which makes this whole UFO sighting a possible candidate for being real.