Lots of gold and diamonds plus platinum was literally falling from the sky over Siberia just a couple of weeks ago in what was seen as a freak accident even though the police in Siberia had arrested the maintenance crew and I mean all of them got arrested and guess what, they stated (the Police) that "most" of the gold has now been recovered whatever that means? The mining company that had dug all this stuff up must of been absolutely stunned and very angry as all that money, effort and time invested just for it all to end up on the runway and possibly looted or tried to be looted as the arresting of the maintenance crew would indicate well, they must be very unhappy.

Gold bars over Siberia falling from the sky in the form of huge yellow bars (3 tons in fact) which if it fell on you from, any height would leave you with a permanent dent in your forehead!

The gold bars we're falling from a cold war era Russian cargo plane Antonov AN 12 over Siberia and was filled to the rafters with gold bars, diamonds and platinum and the maintenance crew (you don't say) have all been arrested lol. Guess what, "most" of the gold has been recovered, lol.

Seriously why would you say "most of the golds has been recovered" and now the arresting of all the maintenance crew, makes complete sense.

I guess seeing all this much valuable stuff out on a Siberian runway was just a wee bit to much for some and they obviously hatched a plan to go git it! 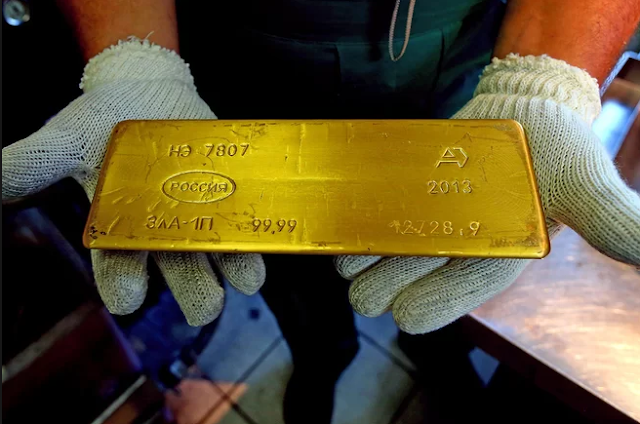 Like any normal person would pick up gold bars on the runway.

Here's the fascinating story and I know it's nothing to do with Aliens or UFOs but still I thought it was newsworthy a little rest from full on UFO disclosure and we might every now and again have a feature of something like this depending on what the comments and response is like from our readers?

The plane a Cold War-era cargo aircraft called the Antonov An-12 had just taken off from Yakutsk Airport in Siberia, carrying an estimated $378 million in gold, platinum and diamonds on behalf of a private mining company. 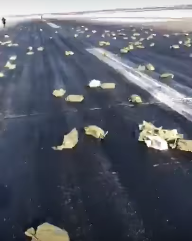 According to The Siberian Times, the plane's cargo hatch tore open during takeoff, so the plane spilled nearly 200 gold bars (weighing a total of 3.4 tons, or 3 metric tons) into the air.

Nobody was reported injured following the gold bar incident, and most of the spilled treasure has since been recovered, according to a police spokesperson.