Mars Discovery Of A Shoe Is Undeniable Alien Proof

Ancient Aliens on Mars that could of had an apocalyptic catastrophe is stacking up big time because we keep on discovering mountains of evidence to say at least Aliens did live at some stage on Mars in the past. It's getting to the point where pareidolia just doesn't cut it anymore as an excuse or an answer to the many things people all around the Earth are finding on a daily basis. NASA sent the Rovers to Mars and it's from these amazing pieces of human technology which keep on insisting that Aliens lived on Mars. They keep on finding strange and weird artifacts of which can only be intelligently created artifacts? I'm talking alsorts of things like shoes, pyramids, animals, UFOs, birds and soldiers stalking the Opportunity Rover. It's crazy that NASA keeps ignoring this stuff, but why are they insisting on staying quiet on these epic finds? That's a mystery all in itself.

A shoe has has been discovered on Mars which indicates is NASA afraid that life once existed on Mars for some unknown reason.

The best discovery on Mars to date by the Mars Rover in my view is not the great looking vistas or the unusual looking colours of the ground but the strange Alien artifacts like this shoe for instance. Believe me, there's much more proof of Alien life having existed at one stage on Mars found in the Mars images from the amazing NASA Martian Rover Opportunity.


Yeah, I've been called stupid, insane and other remarks which is awful by any standards, right. I'm not going to write about it in detail - but you can probably already imagine and get an idea about that? All for what, saying what I see in these amazing Mars images. 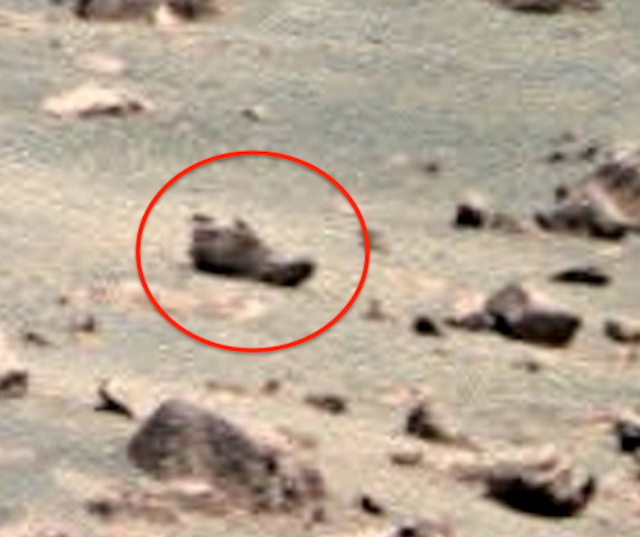 As you may know, the first thing people say is *Pareidolia lol or "your seeing things" and yeah to a point they're right, I am seeing things - that are there, they exist and they look exactly or nearly spot on to what a shoe looks like here on Earth?

In this instance, this "so called rock" looks like a shoe and I am not alone on this or in the minority because many, many people see this and say "OMG" that's a shoe, but it's on Mars. How can that be? How did that get there? 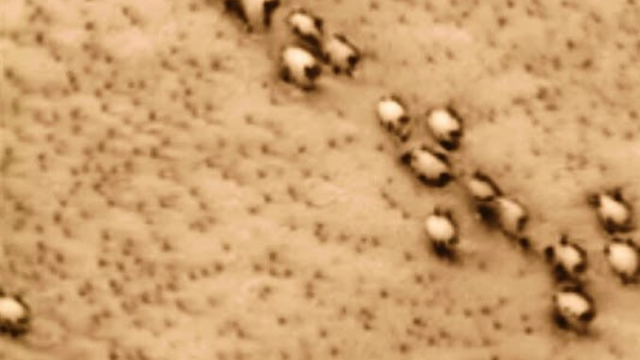 See, what the world needs more than ever right now is people who think outside the box but what's more than that - people who aren't afraid to blog about it or talk about it and bring like minded people in the Ufology community together and where they can chat about it without ridicule or prejudice.


Date of the discovery on Mars was August 24th 2016.
Discovery source link.

What do you see in the image, which by the way is absolutely real and has an identifiable raw image number (SOL (day) 2152 - 1P319317490EFFABCXP2372L5M1 - L2L5L5L7L7) plus an archive page number, in the NASA archives. So, I absolutely stand with Scott C.Waring on this one from the website UFO Sightings Daily.

It looks like a shoe, a sports running shoe to be more specific and that just cannot be, right. It just cannot, in every aspect and in all seriousness of the event what we are looking at could rewrite everything we know about space!

How does it rewrite everything that we know? For starters, if life once thrived (it must of) on Mars and they had an industry, then they had an intelligent race of beings who mastered "at the very least" how to make shoes, lol.

What else did the Ancient Martians master? 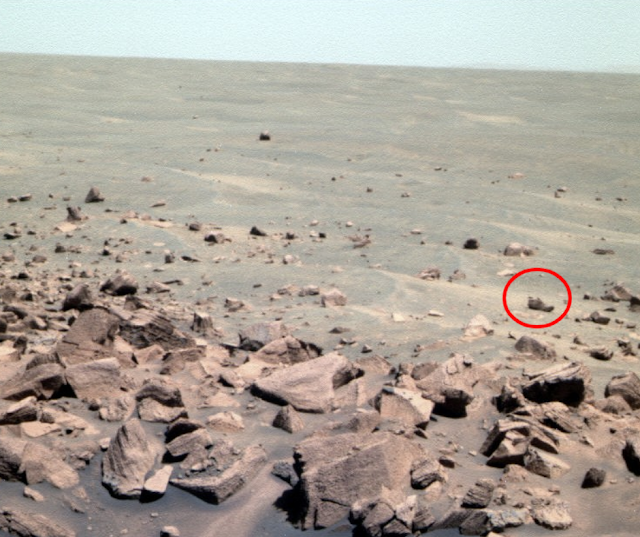 So, everything you think you know and was a first in our history, probably wasn't!

The ancient people of Mars did it all first, maybe. There could of been a race of people on Mars before them and before them...

How deep do you want to go with this amazing Mars discovery because that is exactly what this boils down to and it's this which is what people do not talk about nearly enough as they should be talking about it, so it's exactly this which people think your "strange" if you talk about it.

Ancient Aliens existed on Mars, instantly you hear "your crazy" from somewhere in the sea of people and I really do mean a sea of people.


Here's a video showing this shoe on Mars:


*Pareidolia is a psychological phenomenon that causes people to see patterns in a random stimulus. This often leads to people assigning human characteristics to objects. Like seeing Unidentified Flying Objects in clouds. Like hearing hidden messages in music.