UFO Filmed Over Gatwick Airport Is This The So Called-Drones

When people got stranded at Gatwick airport because of a so called drone or drones been flown over the airports runways and over the airport in general, the authorities said it was shutting it down and then proceeded to produce nothing by way of evidence and then low and behold someone films a Silver UFO over the airport. So the authorities have not produced anything other than hot air and the workers at the airport itself have inadvertently produced evidence that contradicts what the authorities are saying when he films this amazing Silver coloured Unidentified Flying Object which looks exactly like I'd expecta a UFO to look. Has this Gatwick airport drone incident been a cover up from the start.

Remember not long ago when Gatwick airport was shut down immediately and all of a sudden without any reason? But then the authorities said it was because drones had been flown over the airport and endangering the lives of plane passengers. Well, viewers on YouTube where watching a video of the "supposedly drones" that shut down Gatwick airport when a person saw this Silver UFO at 32 seconds in to the video.


When this person spotted the Silver UFO on YouTube, in the UFO video from over Gatwick airport (filmed by a Gatwick airport worker by the way) imagine what their response was?


Has this drone incident been a cover up from the start? 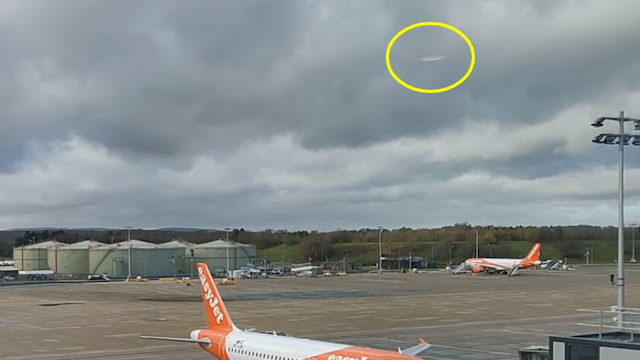 I can only imagine that their response was "OMG what the hell is that right there" because it would be my own immediate opinion and yeah I'd  probably blurt out oh my God!

This is a weird and strange anomaly because nobody "and I mean nobody" has produced any security camera video footage of drones at Gatwick airport on the 20th December 2018 and there's no images at all of the so-called drones. 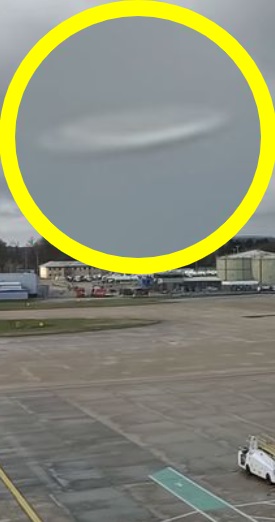 Seriously, is that even being believed by the public because I don't believe it at all?


I am confused because this is Gatwick airport and it's heavily monitored, plus it's got a heavy presence of workers, a heavy CCTV camera presence as a deterrence probably and plus for quality control and the security cameras are probably recording all the time, right?

So basically, what your telling me is that there's "absolutely no video footage at all of these so-called drones" over the UK's second most busiest airport! 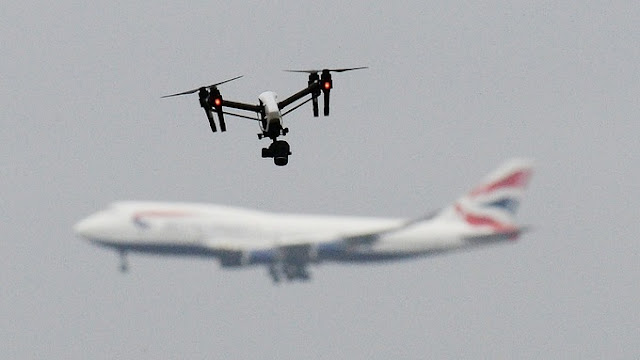 The drones that the police did find near the property of Gatwick airport have been "ruled out" of the investigation. That post can be found here on ITV News.

In my own mind this whole event stinks of a cover up. It's a leading UK airport and the security is insanely good but yet they can't produce anything as way of evidence or proof to say that it really was drones hovering, flying or buzzing over the airport?

I don't buy that information or answers given - just like I don't buy clown shoes or that "I won a lottery which I didn't even enter"!


I think you should watch this full UFO video below as it's only a very short one and at 32 seconds that's when the mysterious Silver UFO appears above the plane:


The only information with the video states this:

Gatwick Airport 20th December 2018 view from North Terminal at 12:35pm the drone is still at large although I haven’t seen it myself yet, being told runway won't be open till at least 4pm - Chris Waite

But what I do buy is a video of Gatwick airport which was videoed by someone accidentally filming a UFO in a video he was doing of Gatwick airport. Happy accidents is what scientists call it when someone discovers something good or great even, but quite by accident.

Reference:
Also check out this post on the Mirror website about this and what some people are thinking it really is?