What Happens After A UFO Photo Is Ruled As Real

The Hannah McRoberts UFO photograph from the Vancouver Islands in October of 1981 was examined and concluded as to be real. The many examinations that this UFO image has been submitted for is astounding and the experts that all say that the photograph is real is yet again, astounding. This is one of them times where if you want to you can let your imagination run wild as the experts are all saying that the photograph is real, so by that does it mean Aliens are real? It means for sure that UFOs are real. Or does it? Well, it just means that the photograph is real, that's all. But, like one of the many experts pointed out, because of that been the case which means just the photo can be examined and it doesn't mean the UFO is real, we have to look at the eyewitnesses character. Are they of good standing, in good standing and the answer to that is yes. Impeccable. That makes this all the more likelihood that it is a real UFO, meaning Aliens are real.

Seriously, what happens (answer is coming just read on) if you actually take a genuine photo of a UFO and it's investigated and then ruled independently - as a genuine UFO sighting or a real UFO photo?

I'm asking this because I know this has happened before as there's a case from 1981 called the Vancouver Island UFO Photograph which was ruled independently as been a genuine photo.


I looked it up, to see what actually happened after the outcome was revealed to the public and to see what the authorities "really did" in this type of situation or who got involved?


This image has been actually called "the best Flying saucer ever"! It says this on the website UFO CaseBook, OK that doesn't constitute that everyone is saying that, but you definitely see why some would say that.

I couldn't find anything that has happened since this was confirmed as a genuine UFO image. Even other so-called real UFO photos, nothing happens. This is sad, it's not encouraging at all. 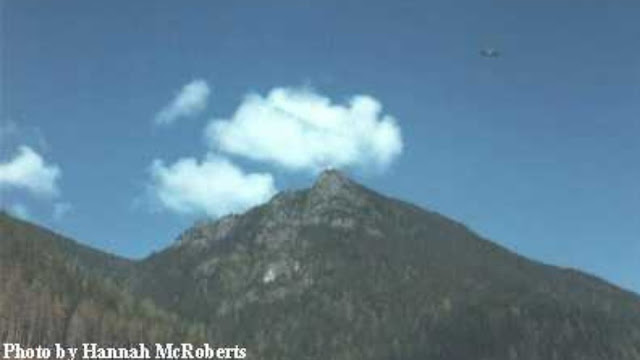 After typing it into Google to see what happens, because there'd be some sort of official or tried and tested way forward right, well actually not. I just typed this (and lots of different variations) into Google:

"what happens after a UFO is ruled as real"


Anyways, back to the "real UFO sighting" where nothing happens when it's confirmed as a real and genuine UFO sighting (potentially changing the course of humanity)...


The above/top photograph was taken in October of 1981 between the 10th and the 15th. So, it's no wonder that the above UFO image is a little blurred but most importantly, it's there and it exists!

All of the zoom in and close up's you see in the images were done by Hannah McRoberts herself whom is the lady that had accidentally taken the photographs in the first place.

That is the main thing to maintain, which is a timeline of the images and who has them, who has examined, what they did, the results they came to and also how they came to their conclusions?


ISS Received Yet Another Silver UFO


This I'm glad to say has all been done, that and more. The lineage has been maintained, the list of ever growing experts looking at the Hannah McRoberts UFO photos has been kept up to date, logged and signed.

You can't ask for anything more that that, it's an accurate (historically accurate, for history) log of examinations which are non invasive and are all undertaken by the best experts in their respective fields like for instance:

So, as you can see just by this initial, intense scrutiny of the UFO photograph or what we would call today the image went "viral" straight away and most of the UFO experts who was anyone back then got onboard and really wanted to get some answers and, they did.

But it actually could of been a very different story.

The Vancouver Island Photograph, as it's become known has been fully investigated by not just a well respected and independent organization but also individuals of whom are leading the charge in their own fields of expertise and all have ruled this photograph as a likely genuine UFO photograph.


What happens after a photograph is classed as "likely to be real"?


Well, after looking this up there's absolutely nothing! Not a thing. I'm so frustrated as I was expecting...

Well, I don't really know what I was expecting but in my mind I have scientists camping out at the place the UFO was seen taking readings, examining the trees, different cameras on tripods and everyone taking soil samples, air samples and hazmat suits?

Nope! That doesn't happen at all. The word "nothing" is a very, very accurate way to describe what happens after a UFO or Flying Saucer is ruled as real. It's seems crazy that the file is rubber band and literally placed in a box and then we see a guy walking down the warehouse path.

Turns round puts it on the shelf and the camera pans back wide only for it to be one of thousands of boxes in a darkly lit warehouse, then the light goes off.

Also, the experts only said the photograph was real. Is the UFO real, we might never know.