Silver Flying Saucer Hiding Behind The Clouds | This Is real

So, this is a definite real video of a Flying Saucer but is it a real Flying Saucer hiding in the clouds or hidden on top of the clouds. This is the question as far as I'm concerned because this is a great eyewitness testimony and you can hear it in the guys voices. Both of the witnesses are talking as if it's there but they're talking in a way that makes me feel that what they're saying matches up with the video and the feelings, you can clearly hear the feelings in the voice as crazy as that sounds. It must be the thing we hear when you know someone is telling the truth. It's in their voice, it's in the way they're talking and the event unfolding matches up to what they're describing. I like this, a lot. It doesn't make this UFO sighting real, but it definitely has made it real to me. It's a belief, Ufology is based on belief and it's based on the evidence before you. this for me, it's now sky rocketed that belief.

Here's a spectacular looking Flying Saucer that seems to be hiding behind or actually hidden in the clouds. The eyewitnesses obviously saw it somewhere else and they lost it for a bit on camera.


But then they saw it again in the clouds, hiding on the top of it and that's when they began to film it.


This is a real cloud anomaly and if you say that doesn't look very odd or that this is "nothing to look at" or that it doesn't look anything like a Flying Saucer then please could you explain what that's based on? 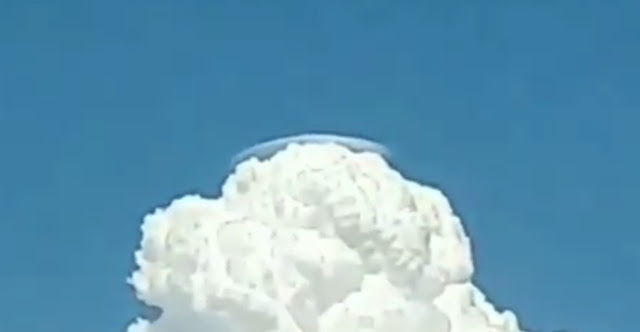 I have posted UFO sightings like this one before (you know, the clear as day ones) only for people to leave comments that it doesn't look anything like a UFO!


After asking them to explain why it doesn't look like a UFO I found they had blocked me on Facebook! Having a feeling that something isn't real is does not make it a fact.


Ha, it's not too much to ask though is it, an explanation?

Because I've given one and outlined my explanation on why I think this is a real Flying Saucer so, to come along and to not put any effort in and to rubbish it is a bit irrational.

It's as simple as that really.

This is a good start to the whole UFO incident to be honest with you and even though there's limited information with the video. 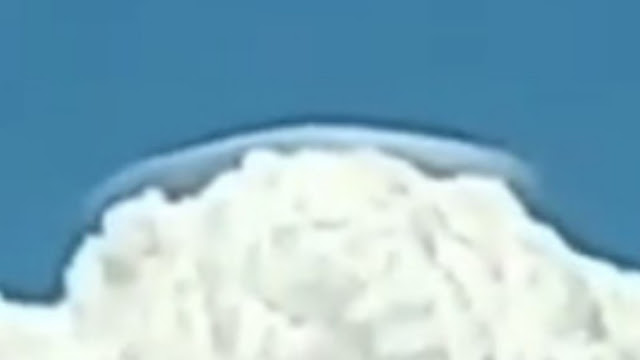 That for me is a good indication that it's good or should I say it's possibly real based on that?

The graphics look untouched, the video is not that shaky which is a good thing, it's filmed as is in real time and there's a lot to be said in the guys reactions.


It sounds legitimate, there's no obvious re-editing or tampering with the graphics and it's very, very clear footage.


All that tells me this is a real event that definitely took place.


But, as you know and as I know, there's no UFO video or story as yet that has been ruled real!


Large UFO Spotted Over Orlando With Orbs Flying Around It

The video of the Flying Disc or Flying Saucer (or whatever you want to call it specifically) is one of the more better ones.


And guys, it's not even moving as if it moved it would give itself away, but it's already done that lol.