Large UFO Spotted Over Orlando With Orbs Flying Around It

There's many things about Ufology that interest people and there's many things that truly frustrate people and this UFO video I can't decide which is? Is it a real UFO sighting videoed over Florida in the Orlando region? Is it a genuine video of a lightening storm which has been hijacked and had some UFO looking Orbs and another bigger UFO placed in the cloud to give the effect that there was a large Blimp like UFO hovering right over all the cities inhabitants? Is it a carefully crafted hoax and deliberately reduced in graphics size so we couldn't make out the flaws? Or was this a real UFO sighting and because we're not used to seeing this kind of huge UFO hovering silently over Orlando that we just immediately think it's a fake and want to dismiss it? Well, it's this that we need to look in to because if we come across this again, we can make ma better judgement. 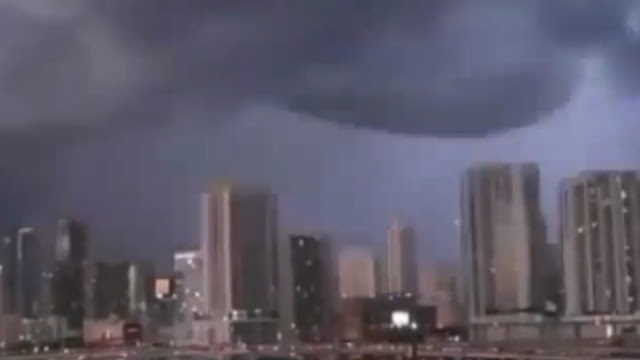 
here's a really large UFO spotted above Orlando with actual UFO Orbs whizzing around it and flying in every direction. They really, really do look genuine.

The very large "Blimp like UFO" can really only be seen when the lightening goes off or strikes out but when it's not lighting up the place it can nearly be seen - just the dark outline really which suggests that it is there?

This is another one of them videos where I really can't tell? There is a part of me and the actual video which say's it is real, but a part that say's it's not. Yeah it would be so easy to say "fake" and move on right? But why do that? 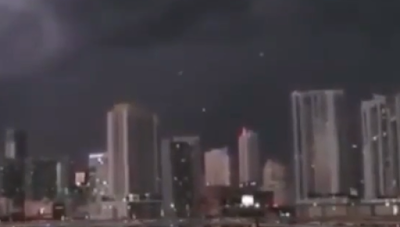 I want to know if this is real or not and if it's fake then you need to be aware of ow good they are getting and just how much a state of agony Ufology is in? With real looking videos like this, does Ufology stand a chance of being taken seriously - ever?

Does Ufology lose all integrity?

Has it lost it's soul, integrity and purpose?

It's just to easy to say that this video is a fake and not give it anymore thought but I'm into Ufology and I want to get to the bottom of this and every other UFO sighting that I come across. I really can't tell if it's real or fake and that bothers me! 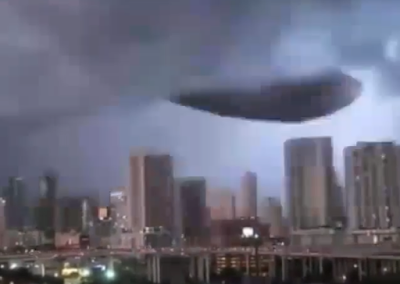 Genuine UFO's (which are what) well, they intrigue me no end. That's why I love posting about them. I enjoy the discovery of something I never knew about. It's otherworldly and it's awesome.


They are different and like I say, "it's just to easy to say "fake" and move on to the next one"!

That's not how people do things - especially people who are interested in Ufology!

No matter how insignificant, no matter how unusual or unrealistic or even "fake" looking a sighting might - be we have to take a closer look. So again, the Orbs have a definite realistic feel and look to them. The massive UFO on the other hand looks different as I've not seen one like this before.

And if they are real, well is the other UFO real?

I've added some links in the reference at the bottom of this post which we did posts on UFOs actually struck by lightening or seen inside lightening clouds during a Typhoon. They are pretty amazing posts if I may say so myself, it's always the content which makes it and they really are good.


You watched the whole thing (above video) and even though it's a short video, there's lots of information and lot's to think about. Is it real, is it a genuine or a genuine fake? Well that's up to you to decide and guys, leave us a comment if you can, cheers.