Spoon On Mars Found By NASA Using The Mars Rover

Here we are once again, with another NASA anomaly about the Mars Rover discovering a giant spoon. The days of normal everyday discoveries coming out of NASA's headquarters are well gone. All NASA keeps on discovering is weird anomalies - one after the other. It's all I hear about, instead of "the science" I only really hear about the strange "Alien artifacts". Maybe it's because I'm finely tuned to only hear the anomalies or I only pay attention to contradictions and words like UFO or Aliens and Mars? Giant spoons is one of them also, lol. The Mars Rover showed us so much new and unbelievable stuff that we need to step back and think how plausible this is? Is this a likelihood or if not that then who put that spoon there on Mars.

Spoon on Mars, this is freaky. Someone lost a spoon on Mars. If your in control of the Mars Rover (obviously not now) but imagine been in control of it and you come across something like this? A spoon.

So what do you do when you see a spoon? You just carry on and pretend you never saw a thing. It's the NASA way don't you know!


This image below is an absolute belter in terms of strange and weird and "out of place" artifacts. 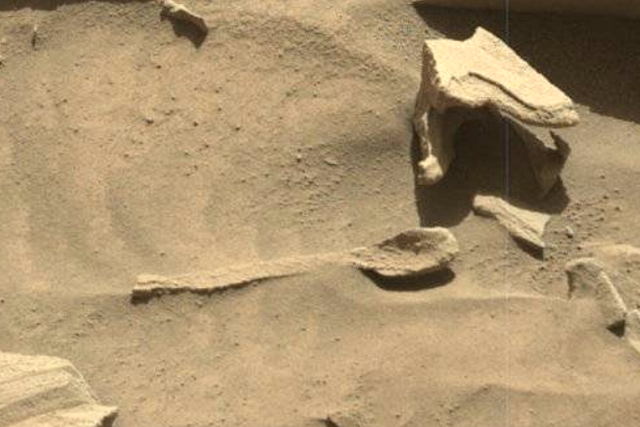 Because there really is no excuse for the Rover finding a spoon on Mars.


Unless this is filmed in the Utah desert like people seem to think.


Related post:
UFO Discovers The Mars Rover Then Darts Off


Below is the actual words directly from the "Science Examiner" (link below in the source section) you can check it out there on their site. 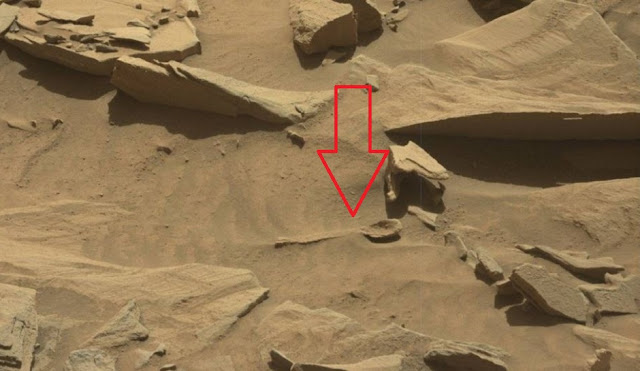 It's supposed to be clear English but I won't change any words as that's not how to go about quoting someone, their English is not that good!


The YouTuber UFO Hunting Clouds who has discovered the presence of the giant spoon on Mars also has made a video clip. In the video represented some overblown images describing the existence of the huge soon clearly on the Martian Surface. The enormous mass of the spoon is a clear indication that, the aliens living on the Red Planet are or were huge in size.


On this matter, Scott C Waring, the daily editor of the UFO sightings Daily said:

“The latest discovery of spoon is the second spoon found on the Martian Surface.
Earlier, we already had found a similar looking spoon on the neighbor planet.
Surprisingly, the new one is a complete replica of the earlier spoon including the dimension, thickness, length, width, and design.”

There's way to many things on Mars that have been discovered by Eagle eye'd viewers checking out the NASA archived images - which number in the millions upon millions of Raw Images.

All of these images have Raw Image archive numbers and yes, we have the direct link to the actual image of this spoon.

Please don't type "fake" or Photoshop is great this time of year as it just really achieves nothing.

Everyone is aware that it could be nothing at all or that this could just be erosion?


Here's the amazing video which shows us an unusual looking and very out of place "spoon" on Mars:

So, there's the video and that's the evidence. What are your thoughts about this amazing and obvious anomaly.

There are many strange things going on in space and not just on Mars.


Check out all our "space anomaly post" by going to our archives in the sidebar.

Cheers for your time in checking this post out.