Here's the very thing I've been looking for and it's about as good as I expected.

Hieroglyphics etched on to a flying disk with the disk having that exact look you'd expect it to have. 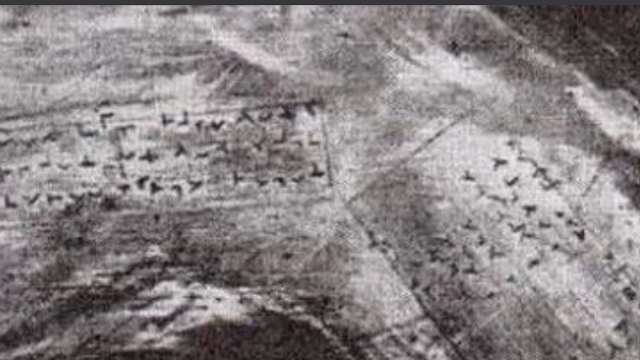 The "Silpho Saucer with etched Alien writing" were taken by Dr John Dale in 1958. 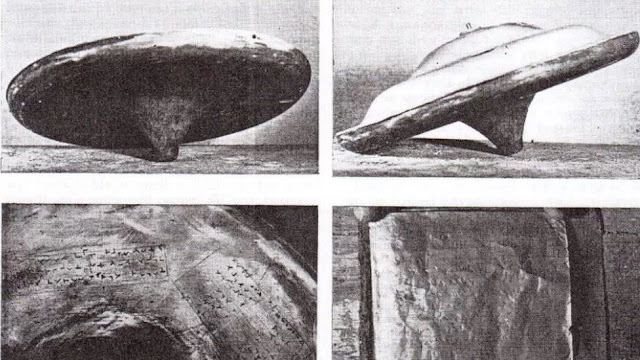 Credit: John Dale. Images of the "Silpho Saucer" were taken by Dr John Dale in 1958 which is ancient times lol.

This is why I'm proper confused about the museums reaction statement, recently;

Mr Thirlaway said: "We didn't know there was this massive cultural history behind it, it really brought the items to life for us.

"There's a chance they may go on display as we're now aware of their cultural significance."

Described as a hoax "straight away in 1958" without anyone ever looking into it, that's the way things were done back then in ancient 1958.

The people who were in charge of the narrative were missing a few logic pieces and liked to spout off at the mouth like they were the bee all and end all. A kind of hope maybe that this would never creep back to haunt them so just dismiss it like they were told to and move on... Only now it's back haunting them.

Well, history is a healer and history is the big revealer and now the truth teller it seems about UFOs in the 1950s. But at least, is coming out, right. 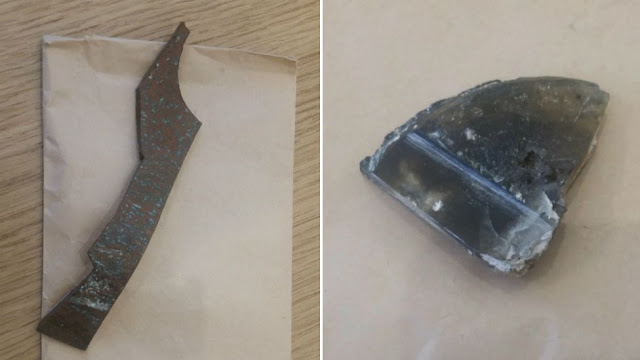 Credit: David Clarke. The Science Museum said that the items in their collections were likely from Silpho Moor

In 1957, newspapers reported a small "copper-bottomed flying saucer" being found on Silpho Moor near Scarborough, UK.

Despite tests finding the object was likely to be terrestrial in origin, the unusual item sparked wide intrigue.

The key word being "likely". Why does likely trump the physical evidence? Even I know that anything called likely means it's not confident enough and it's definitely not 100 percent right. But these are scientific tests right, I thought science was clear cut science with a definite answer one way or the other? There's many red flags or am I just being picky do you think?

The first red flag was the quick dismissal of the UFO pieces but keeping the UFO relics.

The Natural History Museum in the UK and the Manchester University deliberately made it look like a stupid hoax. It was hideous and totally against what they stood for as a platform for people to be free thinkers!

Doubts about its authenticity were quick to emerge, with tests at the Natural History Museum and the University of Manchester finding it was likely to be an "elaborate hoax".

Despite this, Dr Clarke said, the object created an urban legend, provoking many conspiracy theories.

While at a recent conference about the National Archives, Dr Clarke was told about "alleged UFO bits" lying in a cigarette tin in the museum's collection.

So you see, these "tests" done at the University and the museum pointed at these bits being part of a likely elaborate hoax. I don't think I understand what they are bloody saying, even now all these decades later. What test's did they do, a finger sniff test? Pick it up, lick it and if your tongue oooooh, it's real and if you go eugghh then it's part of an elaborate hoax?

It's about as stupid as a box of hair nets as a birthday gift set.

Their intentions must be thrown in to dispute and their reasons for taking this decision must be made public now. It does not matter if decades has past or if it's even relevant now, make the real results public, make real testable pieces public and let the public make a decision based on the evidence.

You cannot in good faith have the "bits" tested, not tell anyone (my opinion lol) the results or what tests where carried out and then give your own personal opinions based on these now secretive test results. Sorry science, but that's definitely, definitely not how it works, is it.

It screams they were influenced on the decision, it yells cover up, it begs the question "what did they find".

Or, was they so blind to the reality of what they had in their possession that only now do we see that their response as being so utterly stupid, so shortsighted, historically and morally dyslexic and covertly bumrushed. Lol. Okay I think people who know me well, know that I don't have any patience for hoaxes, hoax promoters and people who lend baseless opinions based on nothing.

My opinions on the other hand are based squarely on the evidence. Remember that the UFO video and the UFO photo surpasses any and all so called expert opinions. Just remember that you are in the superior position of being right because you, me, we have the evidence.