This is a spectacular UFO filmed while the Nauka Space Module was docking with the ISS. The UFO flies in from behind the Nauka Module going left.

I literally just got the ping from the ISS app to let me know that the Nauka docking is going ahead, I switched it on and at 41 seconds a UFO appears from nowhere!

The video is below at the bottom of this post.

It's literally just happened right now, I've finally managed to see my first UFO sighting and even though it's via NASA’s ISS, it's still a bona-fide UFO sighting. I'm shocked, who else saw this on the ISS live feed through the ISS Onlive App? Read on... 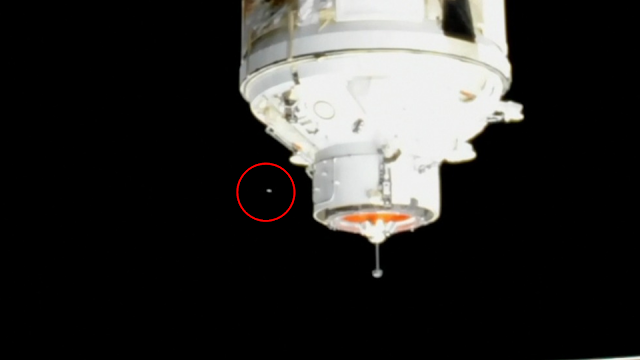 This is what I mean about the ISS, space is a vast so you never know what you're going to get. UFOs always turn up at the ISS, it's known for it. The Russians Nauka Space Module was set to Dock today "Thursday 29th July 2021" and what a docking it is. It's still going on now but I'm to pumped posting tjis to go back and see the rest!

Some other I assume must of seen it as well, I'll be checking later on if anyone else has seen it? It comes out from behind the Nauka Space Module and travels towards the left of the screen. All the while it's blinking or spinning? It came from nowhere and that's the most unusual part of this UFO sighting.

In the image below it looks like the UFO even changed direction? What do you think because it comes from behind it and is going straight and then it starts traveling downward. 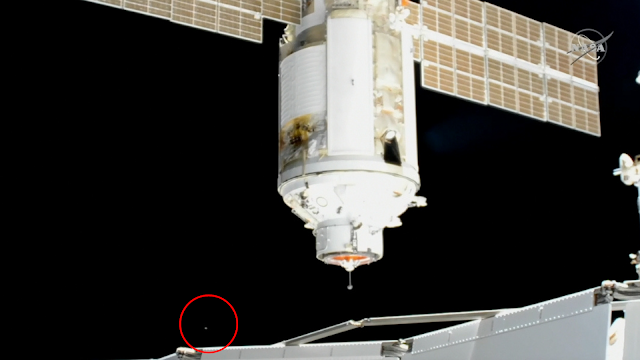 You'd think we could look to the other side of the Nauka Module and see where this UFO came from but no, it literally flies from behind it and travels left of the screen and downwards. At 41 seconds into the video I was filming from the app, that's when it comes into view.

My first ISS live TV UFO other than the one's I've seen on NASA’s own archives video footage. So, there's an Alien craft up there now because I got pinned by the ISS app saying the docking of Nauka is happening now.

Here's the full video that I captured from the ISS Onlive App: