The Black Knight Satellite UFO was apparently shot down by the Illuminati I'm just learning now for the first time. I really don't have an opinion.

This is a spectacular UFO and 100 percent controversial story from the day it was discovered till present day and probably always will be a controversial issue because of the lack of information both way's "for and against".

Did the Illuminati really shoot down the Black Knight Satellite UFO in 2017 more precisely 03/19/2017 and just what the hell has happened to it? How does Secureteam10 know and who if anyone is supplying the information? Can we really rely on Wikileaks especially if it's showing Alien entities been shot at in their ancient crafts hovering the Earth... Let's work on it, let's see what you make of this.

If you ask me about what is going on, I'll still have to tell you the exact same opinion on the BKS UFO since the first time I saw this. The lack of information is exactly why I haven't changed my first opinion! I believe it's a UFO of unknown origin and I also believe that NASA knows a lot more about it than they're letting on and I think they're actively covering it up.

NASA knows what is going on absolutely, human curiosity is one of the most powerful forces in the world!

My reasons for thinking that are based on human curiosity, they've (NASA’s) not been to it, they've not got any information on it, they've got no close up photos, no nothing and that is very strange because evidence or not, that's highly suspicious! Humans (we) are a curious bunch, we're driven by a need to understand everything and anything and we want to solve puzzles, no, we must solve a puzzle if it's put in front of us. It's innate, it's instructive within our genes and we're to believe that NASA haven't got photos or videos of this to prove one way or the other to the public. Yeah right, pull the other one. 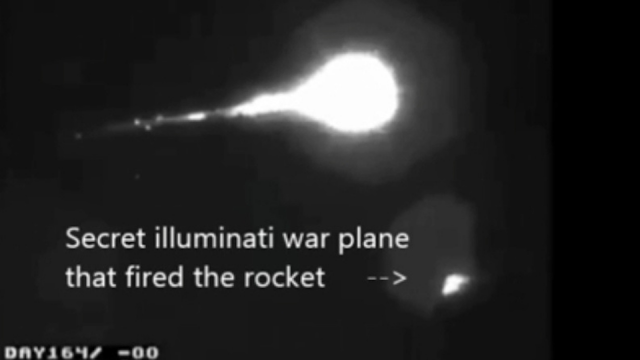 That's impossible because I know human nature dictates this scenario because if that's a genuine real UFO in orbit then NASA definitely wants to know what it is. We know it's there or at least we knew it was there. Question: Is it in the space junk debris database or mapped? So when they say that NASA has nothing by way of answers about this or has no photos or videos, I say no way I don't believe that for a second! Or that it's still out there in orbit and they've not retrieved the so-called heat shield, I don't believe it. 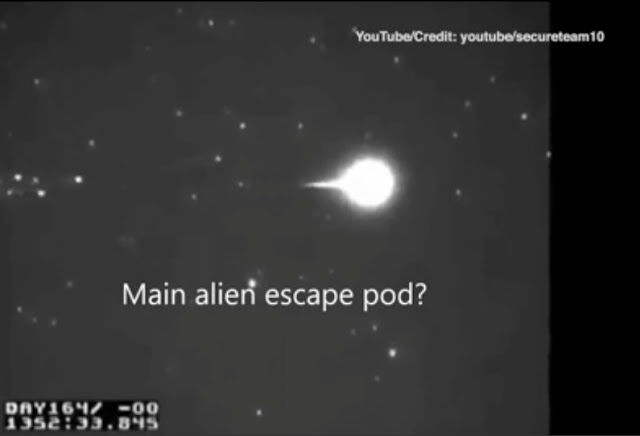 Here's the new Secureteam10 information about the Black Knight Satellite UFO from the Daily Mail website that I've only just today, come across. I'll be honest with you, I don't go and check out Secureteam10's YouTube channel, ever. They've got their own way of putting spin on video footage and it's a bit strange to be honest with you. I prefer the opinions of "there is no right or wrong answer" and also to go with your gut feeling and if there's any real evidential dot's you can connect then do it, and do it with common sense. But always keep an open mind because as you should already know, anything is possible.

An alien satellite set up more than 12,000 years ago to spy on humans has been shot down by elite soldiers from the Illuminati, UFO hunters claim.

The spacecraft, known as the Black Knight Satellite, was blasted by a 'secret Illuminati war plane', in a clip that conspiracy theorists claim was posted on WikiLeaks.

That's quite a statement...

Never dismiss anything, unless it's totally baseless and narrow minded, made up or over stated and exaggerated, and like someone pointed out the other day, opinions are like assholes, everyone's got one. Always listen and don't be to hasty to dismiss or dive in head first, also don't put all your egg's in one basket but always listen. That's probably a good idea to listen but if you see it for what it is then that's also a good thing.

Secureteam10 has come to the conclusion that the Black Knight Satellite UFO is an Ancient Alien satellite set up to spy on humans by an ancient race of Aliens and that NASA is actively covering up the existence of Aliens. Guy's, I swear that this is what is being said about the BKS UFO by Secureteam10. I don't know where or when he (Tyler something) got his evidence or if he has evidence at all? If he's read it somewhere and believed it or someone else has told him and he's believed it (without evidence) then they've obviously appealed to his own inner beliefs and played on his "want and need to be right"! They call that manipulated. Manipulation is a powerful thing in the hands of an expert. An expert like a

Also, the Illuminati has a secret war plane and one attacked the BKS firing a rocket at it, it hit the Black Knight Satellite UFO and an Alien inside of it jettisoned an escape pod and after plummeting to Earth it somehow regained control and flew back out of the Earth's atmosphere and into space. It then took off...

Also the photos and video which was subsequently and "apparently released by Wikileaks" shows the Black Knight Satellite here in this post - shows the satellite being blown up and then it shows an escape pod separating from the main craft (it's in two pieces by this time) and as it falls to Earth it regained control and can be seen flying back out into space.

That's pretty much the top and bottom of it. There's another YouTube channel Lions Ground that is trying to lift the lid in Secureteam10 and they say they're intentionally misleading people about UFOs.

My philosophy on Ufology guy's is to keep an open mind and just keep getting as much information as possible so that you can make an informed decision on what you want to believe in regarding UFOs and Aliens. There is no right or wrong answer guy's, nobody has got more inside knowledge than the next person. Even if they have then so what, if it's true then you'll eventually get to find out anyway because the truth has a way of getting out about UFOs and crashed UFOs come to think about it.

Never dismiss anyone's opinions or answer's, but if your open minded then you can always separate the improbable from the likeliest answers. If you can meet somewhere in the middle of the improbable and the truth (no one person has all the truth), then your well on your way to connecting the dot's that makes sense to you.

That's all we can do, keep an open mind because if you start closing down your channels of information then your limiting yourself to what you want to believe.

That's the truth. You must always decide what you want to believe because everyone can't help themselves by putting opinions into the mix of truth and that's where thing's start to get strange and completely wrong.