This is a cube UFO falling from space and was caught on film by accident but the eye witness filming it doesn't want to be named. I can appreciate it.

This is a great cube UFO that seems to be falling from space?

It's a full on mystery because it's got absolutely nothing by way of a propulsion system so what the frig put it in space and who threw it at the Earth? Someone on Instagram has an opinion that it could be AI, does anyone agree with that because I'm not quite sure about it to be honest? I understand CGI could be responsible but I don't understand how AI could be responsible, if you understand what this guy means please leave a comment, thanks. 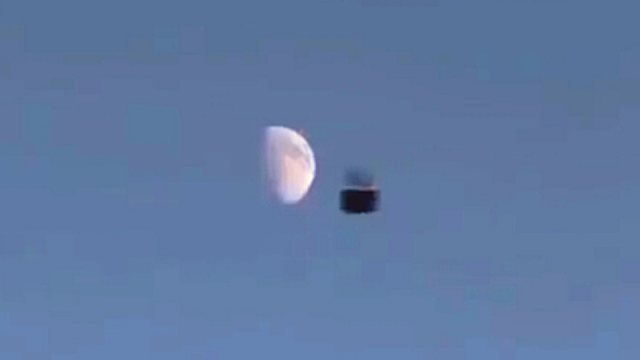 Also, I've just Google'd this square UFO, cube UFO and I even reverse image Google searched this UFO and I cannot find it anywhere. But I did find a few other UFOs that look really similar, they're definitely different but so similar. Actually I'm going to put a few of the images of them later on in this post, in fact just below here. 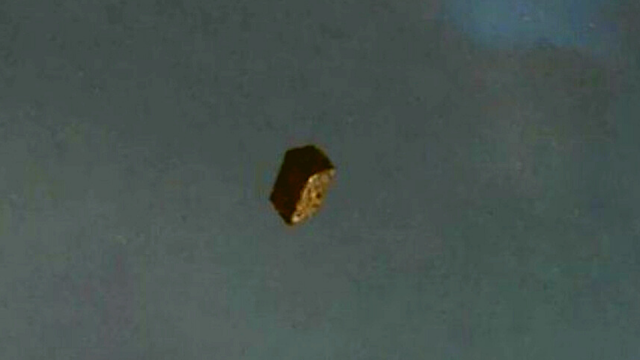 The UFOs here are all similar in shape and size, these UFOs might be part of a program created by humans or they could very well be part of the UAP videos because we've only seen Tic Tac shape UFOs till now that is?
The US Government may have more UFO videos to be released and who knows, it might be these UFOs? 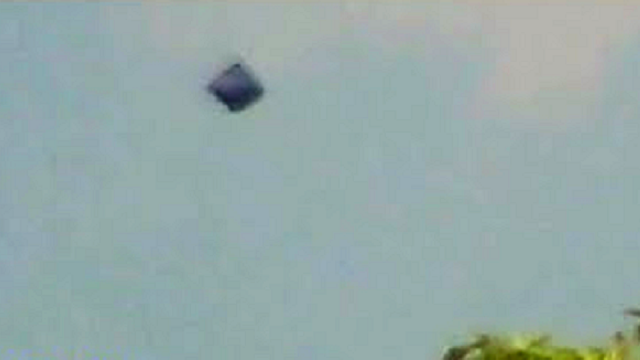 Enjoy the UFOs in this post, I really do bring you guy's along while I'm looking into UFOs. I enjoy putting the human touch or bringing the human element to the research that I do. I'm on my own personal mission to discover as much information as possible on Ufology. It's something bigger than anything else that exists in our reality. The recent release of the UAP videos was the first acknowledgement by officials that there is 100 Percent something else entirely other than humanity that is intelligent and living out in space. 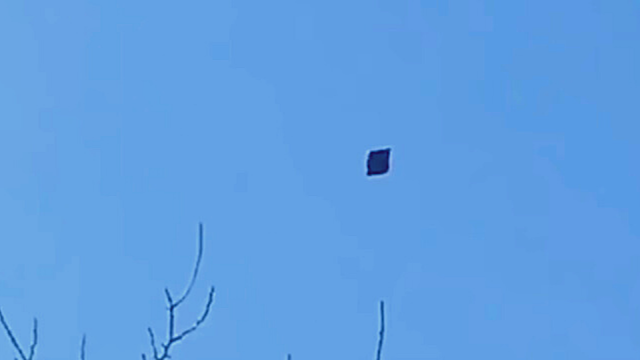 Credit: Google/Pinterest Search/UFO Sightings Footage Instagram/UFO News/Canva.
Back to reality, lol.
Is there Aliens Orbiting the Earth and is this really Alien technology? As far as I'm aware, this kind of thing does not conform to the usual looking human technology, especially with the whole space angle. It doesn't fit in because I can't see a visible "anything" on the sides of the cube. It's almost a cube without purpose but that can't be it, can it? Everything has a purpose, even if it's a fake cube, it's purpose would be to fool people into thinking it's Alien technology or a UFO.
This seems to be so purposeful, like it's on a mission or part of a mission, if it's part of an important mission then that's all well and good. As far as I can tell though It's real purpose must be astronaut related?
Only in this case it's a state of the art "top secret" sophisticated looking technology cube or even a secret human satellite but for now, it's a spectacular UFO and it's being flung at the Earth. I want to know for sure what this is, right, don't you? It's a silver metallic, cube of square goodness and I'm so nosey it's uncomfortable, sorry but curiosity is my thing and I'll always bring you the goods, the bounty and the moolah!
I haven't ever seen this particular type of UFO evidence before, it's got nothing to plug into it, it's going way faster than anything of this shape should be going. It's not aerodynamic at all, actually it could be a transport vessel for the Astronauts aboard the ISS maybe, you know for super sensitive instruments like sensors or calibration tools?
The type of experiments and trials etc that these Astronauts are conducting on board the ISS would call for a flawlessly controlled ie no chance of an accident happening because every eventuality has been catered for, like this transport proof box.
Okay It's a hard sell but I at least know that I've explored some of the peripheral opinions and ideas as to what this could be.
Here's the full video which I've put together from about a few seconds literally caught by accident on the eye witnesses smartphone. It's not always easy to catch a real UFO and because of such thing's, sometimes the right time, at the right place might work but then if the person filming it by accident doesn't want to be named, it throws doubt into the mix if the video is real?
Just remember that catching a UFO on camera might not be good for the eye witness, they could of just deleted it but all credit to them, they've at least done Ufology a solid in my book by releasing it anonymously. Thanks for doing that.
Like I said earlier, here's the awesome Cube UFO video:
Please can you share this post with your friends and family, let's hope someone out there in the NASA-esq world knows what this is? Please, share your thought's with me, thanks.
Credit: Google/Pinterest Search/UFO Sightings Footage Instagram/UFO News/Canva.