There's a great Alien Squid creature and there in the sea you know. It's just a case of getting the technology right and we can see it all.

The ocean is always going to surprise us in one way or another especially when it's only had a fraction of it mapped (ROV and sensors) or even looked at for that matter.

Take this superb looking "Alien Grey like" Squid lifeform. Discovered In the ocean when the OceanX crew was scanning the seafloor for an unrelated thing. It's a great time for discovering new thing's because as technologies are getting better so to is our understanding and archeology is in the same position. To be honest with you, it's a good time for the whole world to come together and let's figure out the strange UFOs, the weird light's in the sky because the more we have looking up, the more chance that we will see one ourselves. 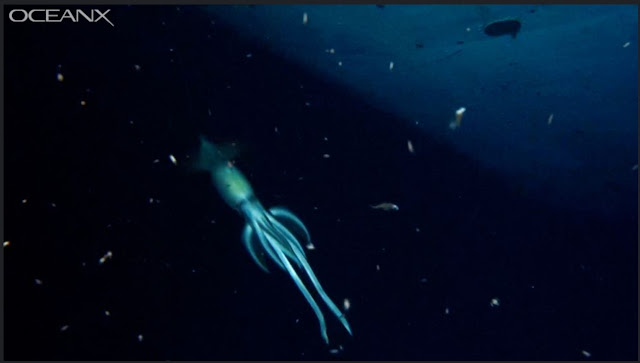 Below is a rare Bigfin Squid. 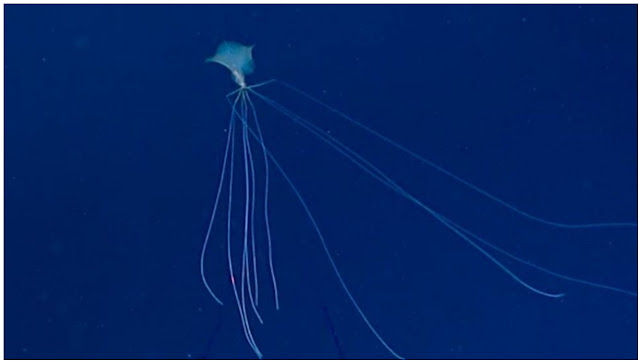 The ghostly squid has a very odd body plan with huge, iridescent fins and bizarre elbow-like bends in its tentacles. "All of their arms and tentacles have this long, spaghetti-like extension," Mike Vecchione, a research zoologist with the NOAA Fisheries National Systematics Laboratory, can be heard saying in the NOAA video footage. "It's really difficult to tell the arms from the tentacles, which is very unusual for a squid."

Below is the Emperor Dumbo Octopus. 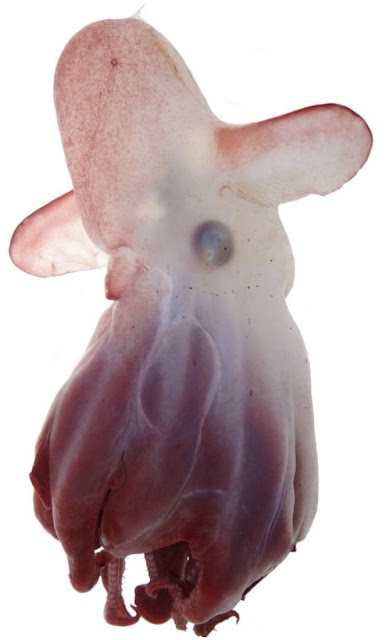 I had to post about this unusual looking "thing" I know it's part of the Squid family but wow aren't those eye's the strangest and most sinister looking thing's you've ever seen?

What else is out there... 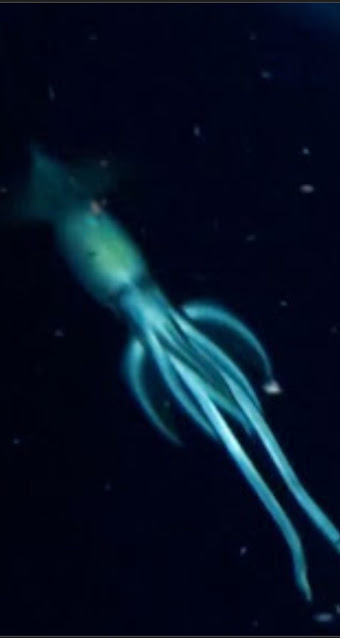 Is it mandatory to name everything with a Greek name or did the Greeks name everything already lol. I thinks it depends on what species the creature belongs to. But talk about an amazing discovery in the ocean, imagine what else is out there because like nature is, when a noise or light is heard say for instance in the jungle, it's natural to either flee silently or hide? We've odds-on got a lot more amazing thing's to come in that regard.

It's a classic missidentification, but I can 100 percent see why someone might have looked at this and thought that this was an Alien entity or that finally, someone's got the evidence (and brilliant evidence it would have been) that Alien's are real. In the ocean roaming around without any cares and swimming about there's no limits to what could be out there. No such luck though with this one as it's already been identified...

So, based on that process, even if we did see an Alien like creature just like the one in the top picture, we'd have to call it an Earthling lol. So, I suppose it depends on catching it, scrutinising it, checking it out right "the normal technique"? We'd have to go through a large process and probably given half of the species identified in the ocean up till now - we might have been naming some at least maybe wrong. Some could be their own species, who knows because some are attributed only, like looking at it. Give us your thought's? You'd hope so wouldn't you that the world would be that simple?