A Spoon Has Been Found on Mars in NASA Archives

Here is a fantastic find on the red planet Mars! There is a spoon just sitting out in the open! I found pottery before in an image from Mars and this backs up what I was saying then by speculation that there was life once on Mars and/or a civilisation that once existed and this practically proves that I was right? Life on Mars is not a stupid idea but for me it is getting to look like more and more that there was life. Mars has many, many special discoveries yet to find and if the past is anything to go by then the future for Mars is very exciting to say the least! Please read on for more images and the story itself.

The Martian spoon is going to go down in history as the find that proved life once existed on Mars? And, don't laugh!

This is just amazing! I've found pottery, structures and even insects but finding a spoon PROVES that life did exist one time on the red planet? The pottery was a good find but could of come from a frog race of peoples, but a spoon means this once was used to serve food in to a mouth meaning a human or a humanoid being used this to shovel food in to it's mouth?

A spoon like this is identical to our "human" spoons so there for this tells me that it's a human that used this? I think it could tie in to my belief that Martians were our ancestors and we were made in their own image and inherited their looks and behaviours to an extent?

OR was it left there by Aliens on previous visits to the red planet? Other intelligent life forms in other places in the universe is not hard to believe because we are here, that spoon was left by other Aliens (maybe) and then there's the Alien visit's on this earth PLUS the "wow" signal from other intelligent Aliens in far off places on distant worlds?


If you look at it like that then the universe i.e Mars is full and teaming with life? I think the Aliens would know and understand how it would effect the normal everyday peoples of "other worlds" if they exposed themselves as existing and so they always do secret deals with leaders of planets and abide by the treaties in order to barter, swap and co-operate on technology and other ways of (futuristic) living and/or expansion plans?

If they've done these types of deals with other Alien worlds before (for example), then they probably have an existing protocol and fully understand the implications of showing themselves but in bit's and as a way of not overwhelming the other side so-to-speak? So getting back to the Martian spoon, it wouldn't surprise me if it is a deliberate disclosure image?

There's many ways to skin a rabbit!

The so-called disclosure project seems to point to that the Governments are well under ways in disclosing the truth that Aliens are real but also that they are in communications with the Alien entities and that they are good, technologically advanced and that they want to help us grow as a important equal or lesser but someone that they can do deals with and not just take from us?

It's all speculation and guess work but the fact doesn't go away that there's a frickin spoon on Mars! There's crocodile skeletons and squirrel skeletons including skulls, bones and structures with "working" chimney shafts giving off smoke or steam! Is that the Moon or Mars? But still, the message here is this, keep one eye on the sky and the other eye on this website because I will be the first to bring you the news you've been waiting for!

Other skulls, bones and anomalies on Mars in these pictures. 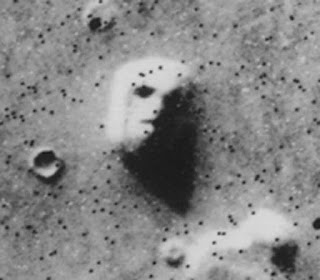 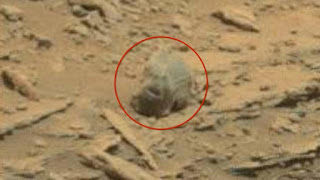 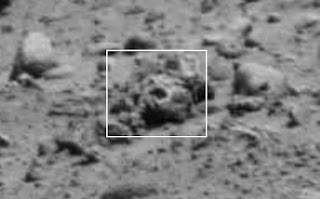 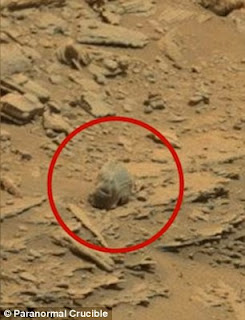 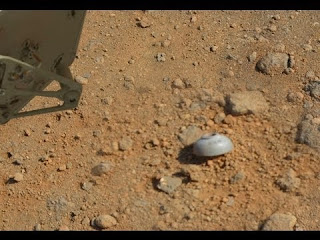 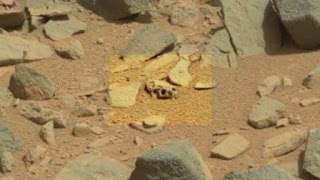 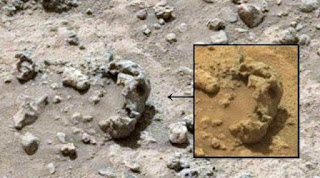 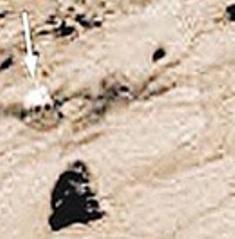 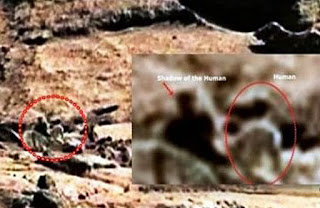 This is the original story and how it looked on the page?

Spoon Found On Mars In NASA photo 'proves intelligent life lived on the Red Planet' IS this a petrified relic from a lost civilisation that once inhabited Mars, or just an amusing optical illusion? Alien chasers are convinced it is a dust-coated spoon left by a race that perished on Mars. Yesterday, Express.co.uk reported on a growing conspiracy theory begun by US scientist Dr John Brandenburg, that there was intelligent life on the planet that was wiped out by nuclear war.

The "spoon" was found by YouTube channel UFO Hunter in a NASA image taken by the Curiosity Rover droid which explores the surface of Mars. The channel uploaded a video about it today. Fellow alien chaser Scott C Waring was amazed. He wrote on ufosightingsdaily.com: "This is a fantastic discovery of an eating utensil near the Mars Curiosity rover. "It was found by UFO Hunter of Youtube.
"The spoon is actually the second spoon to be found on Mars, and this one is an exact duplicate of the earlier discovery...there is almost no difference in the spoons found. "They perfectly match! "Also I explored the photo a little bit and found that in the upper left hand corner there was another eating utensil that resembles a spoon but with a triangle end to it.

"Now that could also be a stirrer or even a knife if you use the opposite end of it, but its dimensions match the spoon. "It's length, width, and thickness all match the spoon. "This one shows that the beings that used this spoon had hands similar size to our own. That would make them our size, how cool is that?"

The alleged spoon is the latest in a string of alleged earthly objects found by Mr Waring and co in NASA images. Other items include a shoes, a gun, fossils, various animals, and even ancient ruins. They claim the discoveries prove there was, or even still is, life on Mars. But, NASA, and other scientists say they are nothing more than optical illusions and wishful thinking.

NASA says its rovers have yet to find any evidence of even the most simplistic forms of life. The spoon and other finds, it says, are the results of pareidolia. This is when the brain tricks they eyes into seeing familiar objects such as faces or animals in textures such as clouds or the surface of rocks like those on Mars.